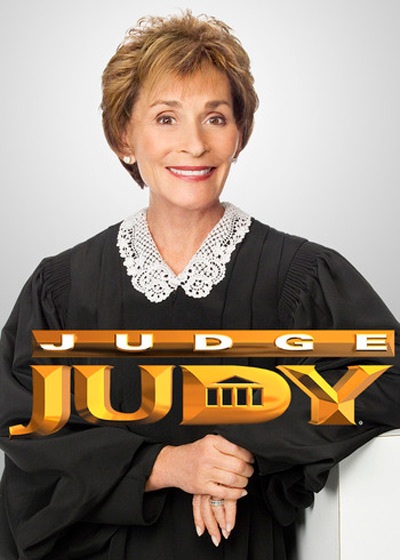 Everybody is an Actor

The audience at this show is now 100% actors – you have to be a member of Screen Actors Guild to attend this show. The Judge Judy Show producer (CBS) and its PR company (Gary Rosen Communications) both have stated that the Judge Judy Show no longer gives out tickets to the public and that all the people inside the courtroom that you see on TV are now paid actors only, known as "extras".

Judy Judy Sheindlin reportedly gets paid over $47 Million a year for the show that generates over $150 Million a year in profits for CBS, making it their largest daytime cash cow TV show of all time. With these kinds of profits, this TV production has the kind of money needed to hire just actors for the courtroom scene. Normally, TV show productions steer well clear of using paid actors for these gigs as the talent often will require union scale payment as opposed to the nominal payment of $10/hour a regular studio audience member would expect to make.

Actors are, however, good at following instructions and are well practiced at feigning stoic reaction shots for the camera and the increased production costs by using them may ultimately be worth it. This means that regular fans of the show are now locked out of attending a taping, but that clearly does not concern Judge Judy Sheindlin who has lost her connection to the common man-on-on-the-street about $1 billion ago.

If the courtroom audience is fake, then the litigants may also be fake, although the actual cases may be originally derived from real life court room cases, but after a while they may just be tempted to make them up. This may be another great example of a reality show morphing into full fiction, cashing in any credibility that Judge Judy Sheindlin ever had with the public.

Actors Can Apply to be on the Show

If you want to appear on this show, then you will need to be an actor and will have to contact Gary Rosen Communications in Los Angeles about getting an audition. You may need to send him your audition tape. The tape should be at least 3 minutes long.

Judge Judy graced the stage at this court show for 25 years and was finally sick of it. She set records for viewership and income on this show, where she was personally paid $47 Million per year.

This set the stakes very high when she renewed the contract for the last time in 2017, with a plan to quit the show in 2021. She did just that when she created a new show, that is very similar, Judy Justice.

Various times across the United States as the show is syndicated

Judge Sheindlin's career in family court began in 1972 when she began prosecuting juvenile delinquency cases for the state of New York. Although an emotionally taxing job, Judge Sheindlin knew right away she had found her calling, quickly developing a reputation as a sharp, no-nonsense lawyer. In 1982, New York's then-Mayor, Edward Koch, appointed Judge Sheindlin to the bench as a Judge in the Family Court.

When asked about her decision to hang up her robes for television, Judge Sheindlin comments, "For 24 years I tried to change the way families deal with problems on a very small scale, one case at a time. Now I can use the skills I have developed and take my message to more people every day."

The show is currently the fastest-growing first-run series in the last decade and serves as a benchmark for the now-reinvigorated courtroom genre. "Humor is a key factor in what draws people to JUDGE JUDY's growing mass appeal. The American public likes the fact that Judge Judy is straight-to-the-point yet still has a tremendous wit that audiences can identify with," adds Randy Douthit, executive producer of JUDGE JUDY.

For example, a woman who has had four children by four different men sues her actual husband-who sired none of her kids-for financial support after they split up. Judge Judy is appalled by the gall of the woman who is suing, quipping, "Madam, on Father's Day, your house is going to need a revolving door for all your kids!"

"Litigants agree to come on our show because they know that Judge Judy will give them an honest chance when they enter the courtroom," states Peter Brennan, executive producer of JUDGE JUDY. "She tends to tell litigants exactly what the audience is thinking."

In 1982, Judge Judy was appointed the Supervising Judge in Manhattan and since then, she has heard over 20,000 cases in her career. A swift decision-maker with no tolerance for excuses, who regularly delivered memorable admonitions to defendants, Judge Sheindlin earned a reputation as one of New York's toughest judges.

As one of the most outspoken judges in the country, Judge Sheindlin became the subject of a Los Angeles Times article in February 1993. The piece caught the attention of 60 Minutes, leading to a segment on the popular newsmagazine show, which brought her national recognition.

After her 60 Minutes appearance ran, Judge Sheindlin was approached by Larry Lyttle, President, Big Ticket Television, about the possibility of presiding over real cases with real consequences in a courtroom on television. Intrigued by the notion of bringing her no-nonsense message to a national audience, she agreed. Shortly thereafter, JUDGE JUDY became a reality, premiering in national syndication on September 16, 1996.

Who knew that Amy Schumer loves Judge Judy? In May 2017, Amy Schumer, who wrote and made her film debut in a starring role in the movie Trainwreck, was able to swing tickets from Gary Rosen to the Judge Judy show, despite that the show only allows paid actors to appear in the audience. Amy and her sister, Kim Caramele went to the show and was taped being in the audience during a case, had some fun in the Judge’s chair and went backstage to meet Judge Judy where Amy thanked the Judge for sentencing her sister to fifty lashes for insubordination.

Judge Judy Pretends to be Taped in NYC, but the show is Actually Taped In Los Angeles:

Judge Judy Sheindlin has lived in New York City for most of her life and her show Judge Judy was previously taped in Midtown Manhattan until 2001, when production of her show was moved to Los Angeles, CA. Judge Judy has now become the highest paid legal person in America, as she rakes in over $50 Million a year on CBS and can now afford a number of residences across the country including a luxury penthouse apartment in New York City, a horse farm in Connecticut, a beach mansion in Naples Florida and a mountain ski retreat in Wyoming. For many years, the Judge has commuted to Los Angeles (every other week for four days/week) to tape episodes of Judge Judy, but after ten years of flying on her own G5 Lear jet to Los Angeles, she became frustrated with her commute and just went ahead and bought a $10.7 million condominium in the Los Angeles suburb of Beverly Hills in 2010, where she now stays during her filming season, which now runs for 8 weeks, four times a year. She recently sold her back-catalog of Judge Judy TV shows to CBS for just under $100 Million, which now makes her the highest paid lawyer/judge in US history.

Judge Judy likes to say "Real people, real cases, Judge Judy", but this reality is far from real. The courtroom you see on TV is a fake courtroom set in a TV studio in Hollywood, California. The Courtroom audience are all paid actors. The cases and the names of the litigants may be "real", but litigants often do not look like their real-world selves, it is thought that the litigants are replaced by actors. In the actual hearing, the losing party does not have to pay the other party if Judge Judy decides against them, as the show pays all monies to all parties for all settlements. The court findings are non-binding, even though the show is supposed to be a binding arbitration. It is not clear if Judge Judy is still an actual judge anywhere in the world, as she hasn't sat on a real bench for twenty years. The bailiff, Petri Hawkins-Byrd, has been with the show since 1996 and was actually a bailiff with the New York City Court System in the late 1980's. So, with that all said, the show is not very real at all, welcome to the very best in fake-ality television.

How Cases Are Selected For Judge Judy:

Judge Judy is a show about family court cases, marital dissension and small claims disputes. It's about relationships in conflict and Judge Judy's unique ability to act as a true moral compass for people seeking guidance, insight and resolution in their often complicated lives. The series selects actual court cases from across the nation and places them before the charismatic Judge Judy, a credible arbitrator well known for her decisions on some of the toughest cases in New York-and on TV. Taking a common sense approach, it's Judge Judy's goal to make a permanent and worthwhile impression that will discourage repeat offenders and help heal families and victims of injustice.