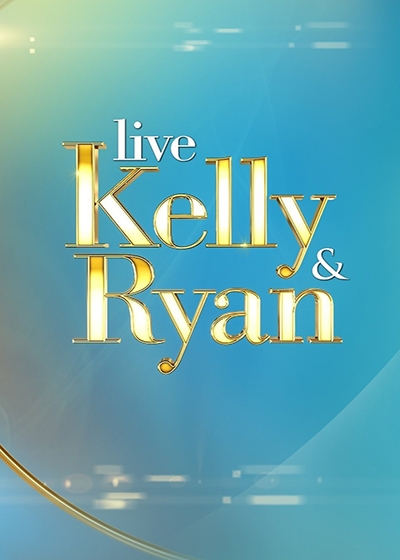 Live with Kelly and Ryan is a morning talk show consisting of celebrity interviews, musical guests and games, and is hosted by Kelly Ripa and Ryan Seacrest

Both in-advance and standby tickets ARE now available for the taping of the transmitted show of Live with Kelly and Ryan that airs at 9:00 AM daily. The date they started allowing audiences back into the studio was 05/17/2022

For over two years, Live with Kelly & Ryan went without a studio audience and the show suffered greatly in ratings and quality. What made it worse was the lack of communication and transparency by the show producer Michael Gelman.

All the other New York TV shows went back with a live audience, but Live with Kelly and Ryan kept people out and they did not talk about why. Gelman chose not to inform viewers and fans of the show regarding the show's ticket status and they just kept on filming with an empty studio.

About 6 months after everyone else went back to live audiences, the Live with Kelly & Ryan studio was still empty of an audience and not a word about it on the show or on social media.

What The Heck Happened at the ABC Studios?

Why did this all happen? It turns out that ABC executives had a conniption fit when a large number of Live! show studio staff all came down with COVID-19 for a second time and the TV executives felt it necessary to ban audience members from the studio due to the huge insurance liability. Audiences weren't allowed back into the studio for a very long time, but they are now, finally

Michael Gelman and Show Producers: Terrible Communication With Fans of the Show

During this time, the Live with Kelly and Ryan tickets page just forwarded to another 3rd party company page and that page did not have tickets and provided no information about them either. This went on for over two years. Calls and emails to ABC were not returned.

Fans were pissed at Michael Gelman, and the show got a lot of hate mail over it. It remains to be seen what fallout there is over this debacle.

Live with Kelly and Ryan broadcasts live tapes Monday through Thursday at 9 AM.

This show is often promoted as being live, however there are tape delays when it is transmitted and the Friday show is actually taped from segments taped throughout the week and stuck together. The hosts often change clothes to record bits and interviews and they edit the pieces together.

Once in a while the show will actually record another "complete" show on a Thursday afternoon, making this show somewhat disingenuous as the show's title would suggest or imply it is actually recorded "live" and quite often it is not.

Sometimes a broadcast show may be weeks old, so they choose a subject to discuss that is not time sensitive and they scam the audience. They like to treat their viewers like idiots.

Live with Kelly and Ryan is broadcast on Monday through Friday at 9:00 AM - 10:00 AM EST on ABC and ABC Affiliates across the US.

You must be at least 10 years old to attend the show. Children under 18 must be accompanied by an adult.

Kelly Ripa has been hosting Live since 2001, when she joined Regis Philbin at the post. She has also worked extensively as an actress, with her credits including All My Children, Marvin’s Room, and The Stand-In.

Ryan Seacrest is an Emmy-nominated radio personality, television host and producer, who is best known for hosting the talent competition show American Idol, as well as DJing on the radio on KIIS-FM and America’s Top 40.

In addition, he hosts the annual Dick Clark’s New Year’s Rockin’ Eve on ABC, as well as Knock Knock Live on Fox. Among his television producing credits are Jamie Oliver’s Food Revolution and Keeping Up with the Kardashians.

Live has regularly been the top-rated morning talk show in America. In big cities such as New York City, Chicago, Los Angeles, Philadelphia, Miami and San Francisco, it often ranks number one in terms of ratings. With viewership averaging 5 million per episode, Live dominates the market in its morning time slot – and for good reason.

The lifeblood of this show is the change in hosts. When Kelly Ripa entered the picture in 2001, the show reached a new level. She was credited with bringing new life to the talk show, and especially with boosting the show’s prominence among younger demographics.

With Ryan Seacrest now by her side, Kelly gets to play off of another worthy counterpart. Seacrest has had wild success in a range of media – from hosting the Primetime Emmy Awards in 2007 and the E! coverage of the Academy Awards in 2009, to portraying himself in such films as Knocked Up, Get Smart, and New Year’s Eve, in addition to his impressive achievements in both radio and television.

Ryan Seacrest has had a long and successful career in broadcasting, first as a radio host on Los Angeles’ KIIS-FM, a post that he still holds, and then as the host of the talent competition show American Idol. With his dedicated fan base and wide reach, he is the perfect co-host to join Kelly Ripa on Live, which is now dubbed Live with Kelly and Ryan. The concept of the Live franchise has always been that the two co-hosts are, in a way, husband and wife, chatting with their mugs of coffee in the morning. While the hosts have never been literally husband and wife, this is the basis of the show.

Format Of The Show

Each day begins with a casual off-the-cuff conversation between the co-hosts, followed by the opportunity for a home viewer to win a vacation by answering a trivia question. The remainder of the 42 minute program is dedicated to a mixture of celebrity guests, musical performances, and recurring segments on a range of topics including health, fashion, food, and lifestyle. Live with Kelly and Ryan is therefore a force to be reckoned with in the television landscape, as well as a highly enjoyable way to begin each morning.

Successful Host Pairing Can Be Difficult

Live is a popular talk show that has found its new co-host pairing with Kelly Ripa and Ryan Seacrest appearing on this morning talk show airing in syndication from ABC Studios. Since 2001, Kelly Ripa has served as the host or co-host of Live in several iterations, first hosting opposite Regis Philbin (who had been hosting the show in one form or another since 1983) on Live! with Regis and Kelly, then briefly by herself from 2011-2012 on Live! with Kelly, and then from 2012 to 2016 along with former New York Giants defensive Michael Strahan in Live! with Kelly and Michael. Following Strahan’s acrimonious departure in 2016 to join the hosting team of Good Morning America, the show had once again been led by Kelly Ripa as the sole host, until now, where she has selected the somewhat over-over exposed Ryan Seacrest, who seems to have more jobs than he can handle.

The Show Is Often Not 'Live' At All

The producers of this show have taken the word 'Live" and stretched the truth on the taping reality. Many weeks of the show are not live at all, some shows are just reruns and other shows are shown with a taping delay. Even more shows are spliced together, where the producers have the hosts make a costume change for a segment where they can splice it with other segments from other days to make up many 'Frankenstein' shows - the change in hairstyles is often the biggest giveaway.

The Show is Not Kind to Viewers

The often show treats its audience like idiots. The hosts egos are huge and they often seem a perfect match for each other on screen. Ripa and Ryan both try to "out do" the other in everything on and off-camera. On TV, they often come over as quite shallow and vain. They brag about everything and it turns off viewers in this day and age of inclusivity and caring. Many fans have dubbed the show Barely Alive With Kelly and Ryan, due to its dishonesty about when it was taped.

The show arrival time is 7:15 am. Check-in closes at 8 am. The show broadcast runs from 9 am to 10 am. Additional taping may take place afterwards for other shows, this taping can take between 30 - 60 mins. Total time at this show can be nearly four hours without any food or drink.