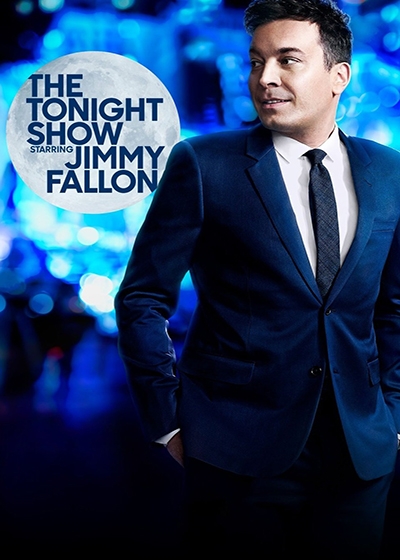 The Tonight Show With Jimmy Fallon

Free TV Tickets For The Tonight Show With Jimmy Fallon

Both in-advance and standby tickets are available for taping of the transmitted show of The Tonight Show at 5PM daily.

Tickets for the monologue warm-up show at 3PM daily are also available in advance, but they are not available on the standby line.

Although tickets are free, they are not easy to get.

This show tapes on weekdays all year round. The show does go on a week hiatus every eight weeks to give Jimmy Fallon and the rest of the crew a break.

The host of The Tonight Show, Jimmy Fallon is well-liked by Saturday Night Live fans who enjoyed his work on that TV show as a member of the cast and co-anchor of "Weekend Update" with Tina Fey and who also loved him as the host of Late Night with Jimmy Fallon. On SNL he also played memorable original characters like sarcastic "computer guy" Nick Burns and The Leather Man. Jimmy Fallon is also a musician, and he would often play parody versions of hit songs.

Jimmy Fallon was on the cast of SNL for 11 years from 1998 to 2009, whereupon he began his first dedicated TV show, Late Night with Jimmy Fallon.

It wasn't long until Fallon he got his break on The Tonight Show, when in late 2014 the show was moved from Hollywood to New York City and the race for late night ratings began again

The show is a fast paced fun-by-the-minute sprint before the credits roll. Some of the guests end up slowing down the show, which could equally exist without them. Before long, the TV audience would bore of that format, so the guest format maintains a balance in the show.

Alongside his announcer Steve Higgins, Jimmy Fallon creates a fun and comfortable environment for his guests while discussing current topics. He also invites them to play games and participate in comedic sketches such "Ewwww", "Pros and Cons" and "Lip Sync". Mr Fallon's other regular bits on the show include "Thank You Notes" and "Fake Hash Tags."

Tonight Show with Steve Allen in 1954

Since its humble beginning with Steve Allen in June 1954, The Tonight Show has seen over 14 hosts in over the 60 years of its history. The host's with the longest reigns have been Jack Paar (5 years), Johnny Carson (30 years) and Jay Leno (17 years). These hosts were all consecutive from 1957 to 2009 a feat that is unlikely to be duplicated in the modern TV arena, where hosts are cut at a whim based on Nielsen viewer ratings.

Steve Allen's uncomfortable departure from The Tonight Show in 1957 was forced upon him by NBC execs that needed him to concentrate on NBC's Sunday night variety program that was supposed to combat Ed Sullivan's variety show on CBS, that was gaining ground with Elvis Presley's popular first appearance on TV, the year prior. T

The Tonight Show was taken over by Jack Lescoulie and transformed into a news program called Tonight! America After Dark. Al "Jazzbo" Collins was also a host later in that year. The whole project was ultimately a disaster and Jack Paar coming in brought back the original format, albeit his own interpretation, in the latter part of 1957.

That show format is the one that continues to this day.

Jimmy Fallon's likable persona, improv skills, and stand-up comedy experience made him an ideal choice to take over the king of all late night shows, The Tonight Show. The youthful Fallon proved to be an accomplished impersonator, doing spot-on impressions of celebrities like Jerry Seinfeld and Adam Sandler as well as hilarious takes on everyone from Osama bin Laden to Barry Gibb.

The Tonight Show has a diverse following that covers multi generations of TV viewers. But despite its wide demographic skews, it generally skews relatively older than most other late-night talk shows. Nielsen data only allows live watching and views within twelve hours to count, which may be at odds with younger people who tend to watch the show later, or on the following day or even mobile, YouTube or Hulu where none of the views count.

Attendees for this can expect the entire experience, from check-in to the end of the show, to last approximately for approximately four (4) hours. Most tapings of "The Tonight Show end by 6:30pm. Be advised that portions of the show may have been pre-recorded, and check-in and taping schedules are subject to change, without notice.