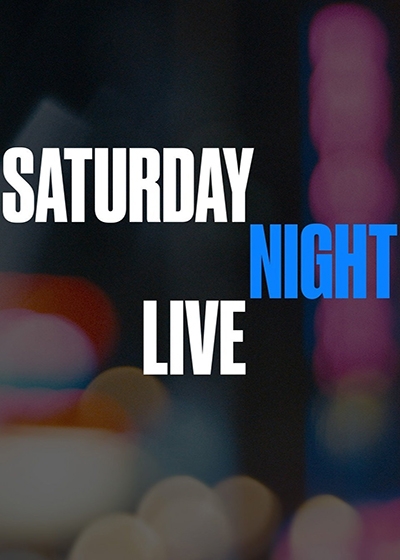 The host varies every week for this show.

Saturday Night Live is a great show to see live with amazing guest hosts and a talented cast of comedic actors. Getting tickets to this popular show is tricky, but is quite achievable if you are prepared to give some effort to it. The show producers actually prefer dedicated audience members who are motivated to see the show, although some of the hoops to getting tickets can be quite tricky. Given the SNL's popularity, it does not provide snacks or drinks in the studio or while in line. Inside the studio, getting to the bathroom can be tricky as you have to stay seated the whole time. Audience members often complain of being treated like cattle. There are two seating areas, one in the stands and the other is on the studio floor. There are only 150 seats in total available for this show, so ticket demand far outstrips availability.

The season opener and season finale shows are often the best experience and have an after-party where everyone is invited, including, staff, crew, producers and sometimes the audience. The party starts directly after the show finishes airing and is usually at a local restaurant or space located close to the NBC studio at 30 Rockefeller Plaza.

The hour and a half long comedy show, which broadcasts live from Studio 8H in 30 Rockefeller Center on Saturday nights, has become such a staple of American TV that it is often referred to as just SNL. The show's skits are often water cooler conversation comes Monday morning at the office and each episode features a celebrity guest host and a musical act. Occasionally the host and the act have been one and the same person, as was the case with Britney Spears, Janet Jackson, and Justin Timberlake who all performed on the show both in skits and as the musical guest. SNL is full of many ongoing traditions including the opening sketch which always ends with the famous phrase "Live from New York, it's Saturday Night!" and the closing scene where the players and guests make their goodbye's.

Composed of SNL former cast members Andy Samberg, Akiva Schaffer and Jorma Taccone, this group of friends put together musical "Digital Shorts" on SNL from 2005 - 2011. They included big stars in their music videos such as Rihanna, Justin Timberlake, Akon and Adam Levine. Their major hits, "Jizz in My Pants", "Like a Boss" and "YOLO" were hilarious sketches that went viral on YouTube almost instantly. It appears that the music industry was missing a group that pokes fun at pop culture so The Lonely Island fit very well into this market. The trio also released three comedy albums in the span of 5 years; Incredibad in 2009, Turtleneck & Chain in 2011 and The Wack Album in 2013.

When the show has controversial hosts or artists, a seven second tape delay is used to allow the director to "dump out" of transmitting the offending piece live on air.

Famous Shows Where The Dump Button Was Used:

The seven-second tape delay dumps have only been intentionally used in three episodes with guest hosts Richard Pryor in 1975, Sam Kinison in 1986, and Andrew "Dice" Clay in 1990. Creator Lorne Michaels isn't fond of using the seven second delay dump, so it has only been used for guest hosts that cause a ruckus or controversial stars.

October 1992: Sinead O'Connor rips up a photo of Pope John Paul II during her live musical performance of "War"

March 1994: Martin Lawrence's monologue gets cut off due to too-crude-for-tv comments about Lorena Bobbitt and details about female hygiene. Lawrence was subsequently banned from SNL.

October 2004: Ashlee Simpson is caught lip syncing during her performance of "Autobiography"

Seeing The Live Show or Seeing The Rehearsal Show:
Long time audience members and fans of SNL (like Louis Klein who has been to over 600 tapings) will tell you that the rehearsal show is a great deal more enjoyable to watch than the live show. In the rehearsal show they leave in more skits in the show, the actors and host are more relaxed and it is a generally a more enjoyable experience than the live show that can feel rushed, controlled and beholden to commercial breaks.

Rehearsal Audience:
The audience for the rehearsal show are often bigger SNL fans. These fans have shown their devotion by standing on the standby line for the show for many hours. The live show fans usually just turn up with their ticket at the allotted time. The rehearsal fans are a more engaged audience than the somewhat muted live show audience and therefore the producers, director, host and cast prefer the rehearsal audience. The rehearsal show is taped, just in case the live show is not able to be broadcast. This tape has only been used three times in the past eight hundred shows since 1975.

The Most Frequent Hosts On Saturday Night Live:
The Five Timers Club is full of guest hosts on Saturday Night Live who have hosted 5 times (or more). These include big stars like Alec Baldwin(16), Steve Martin(15), John Goodman(13), Buck Henry(10), and Tom Hanks(8) that have won over the SNL demographic. The club was first introduced in Tom Hank's 5th appearance in December 1990. The Five Timers Club was most recently mentioned when Justin Timberlake made his 5th debut as host in March 2013 in his monologue. The sketch included iconic five-timers such as Tom Hanks, Steve Martin, Chevy Chase, and Paul Simon. Buck Henry was also the first to host SNL five times after it became a tradition for him to host the last episode of each season

There are eleven members of the "five timers" host club, who have hosted the show over five times:

You can get free tickets in advance for the live SNL show. Tickets for the live show can only be garnered by going through SNL's official ticket process, which is tricky to navigate. Standby tickets are available for unfilled seats for the live show and and all the seats in the studio for the rehearsal show

The rehearsal show begins at 8PM and is recorded to tape, just in case the live show has a problem airing . You can get tickets to the rehearsal only on-the-day on the standby line.

The show tapes every year from September through May with a 3-month summer hiatus.