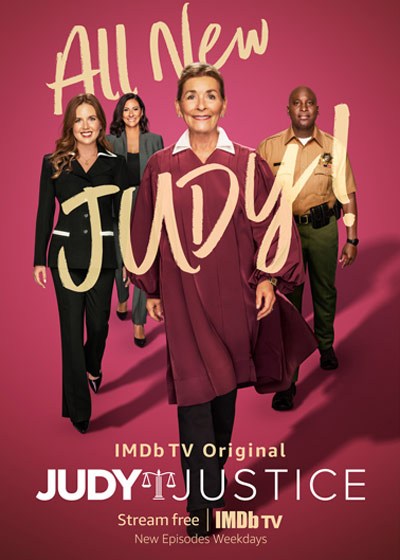 Show has NO AUDIENCE Get Tickets to other shows

Judge Judy Sheindlin is back but this time Sheindlin's show is a bit flashier, a bit more informal and only available on Amazon streaming

This show is using the same production formula as Judge Judy and only using paid actors as the audience members, tickets are NOT available to the public.

All 'audience member' actors must have an Actors' Equity Association membership card. They will be paid $150 per hour, with the average work day being eight hours.

This show tapes twice a day, four times a week

The show is available on streaming at any time.

The syndicated show was personally bringing in Judge Judy $47 Million per year and she became very wealthy from the proceeds. CBS also made a huge amount of money from the show.

The CBS cash cow was sorely missed by CBS executives who cannot seem to get anything right. For example, CBS coverage of Broadway's Tony Awards delivers ever-decreasing viewership, while Broadway attendances keep on going up. This is an example of just how bad things have got at CBS.

The new "streaming only" show has a new cast and an exciting energy, but its the same format as Judge Judy, where she gets to yell at defendants. The show is produced by the Amazon Studios IMDB TV Network.

The new version of the 'Judge Judy' format may now be called 'Judy Justice,' but little else has changed. The main difference is that Judy Sheindlin now owns the rights and gets even more money than she did on the CBS deal. Oh, she also has a different color gown.