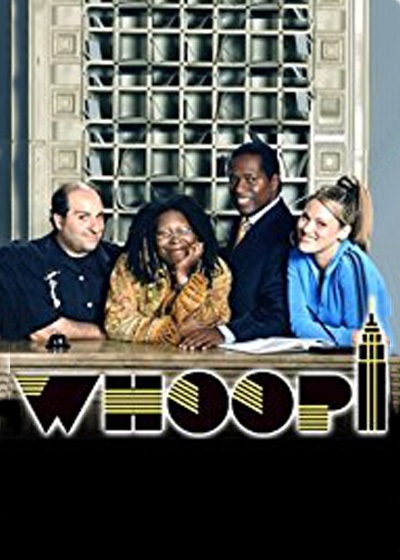 This former one-hit wonder runs her own small hotel in New York City - and does it any way she wants.

Fifteen years earlier, Mavis had one huge, spectacular hit song - "Don't Hide Love" - and, quickly realizing that her initial success was a fluke, she parlayed her finances from that hit into purchasing the Lamont Hotel in Manhattan.

Mavis now operates the hotel on her charm and wit assisted by Nasim, her reliable handyman.

Whoopi tapes at 7:00 PM on the following dates at the Kaufman Astoria studios in Queens, New York.

Just one season was all it took for the TV execs to determine that this vehicle for Whoopi Goldberg's amazing comedic talent was a non-starter. Whoopi later found a better fit when she went on to co-host "The View" to replace Rosie O Donnell. This show goes down in infamy as possibly the lowest wrung of Goldberg's career.

Now Mavis has decided to take her hotel to the next level by sprucing it up, along with the Nappy Dug Out Lounge - more like a glorified hotel bar - where she hopes magic will happen.

Encamped at the hotel is her conservative, corporate and uptight brother Courtney who couldn't be more opposite in personality and politics than his liberal-minded sister.

When Mavis offers free office space to Courtney to allow him to pursue his law practice, her brother's close proximity also results in a daily dose of his meddling in Mavis' business. She in turn provides relentlessly blistering commentary about his white girlfriend, Rita, who talks and dresses like a "sister" - and is just too much for Mavis to ignore.