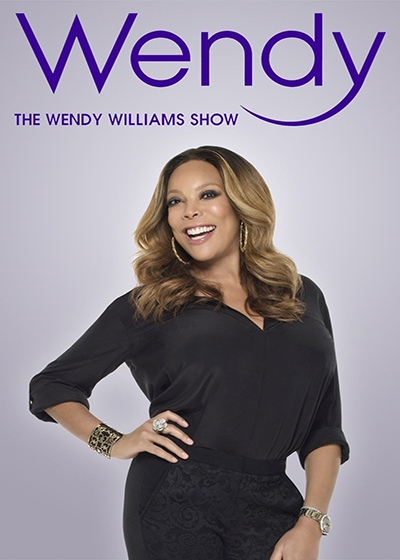 Free tickets to The Wendy Williams Show can be requested by filling out a short form on the website.
Be sure to keep in mind that you can request up to 10 or more tickets, so there is no other separate form to fill out for Group tickets as other shows tend to have.

Ms. William's Health issues became the major factor in the ultimate cancellation of her highly successful syndicated show. The show cancellation came in February 2022, but the last time that William hosted her own show in July 2021, when season 12 wrapped. The show began in 2008 and audiences instantly tuned in to Williams candor and fresh approach to a TV yakker.

Fill-in Guest Hosts During Her Absence

After a long stint with various other hosts filling in for her during her malaise, Mercury-Debnar finally called it quits on February 20, 2022 and canned the show. They made a point of stating that they want her back if she gets better, but this is seen as just lip-service to a talk show giant that provided them with 13 seasons of great entertainment.

During Ms. Williams malaise, the show producers used a a number of fill-in guest hosts who did well in the ratings. Most of them could have inherited the show themselves. Guest hosts included Fat Joe and Remy Ma, Michael Rapaport, Kym Whitley and Finesse Mitchell, Nick Cannon, Keke Palmer and Sherri Shepherd

Shepherd was previously a co-host on “The View” from 2007 to 2014, where she became notorious for claiming the earth was flat and for her fighting with her co-hosts. This one-woman-show format may suit her better as she has no one to fight with now. The new show is aptly name Sherri

In the New York City area, The Wendy Williams Show broadcasts at 10:00AM and 4:00PM.

The Wendy Williams Show is broadcast on many channels in the US. In the New York City area, the show is broadcasted on the My9 and FOX5 channels. The show is syndicated across the United States.

You must be 18 years of age to attend a taping of The Wendy Williams Show.

Wendy Joan Williams is most known for her outspoken attitude. She has had plenty of successes with landing herself in her own radio talk show, creating her own production company and more recently with her popular TV talk show.

In 2009, Williams was inducted in the National Radio Hall of Fame. Although the entrepreneur has been in many bruising celebrity arguments, she has not let that get in the way of her stellar career.

This friendly TV show is not just a pleasant experience to attend, but you also have a good chance of being on the TV screen.

Audience members can take part in segments from Hot Topics to Ask Wendy, where Ms. Williams provides advice on relationships and Wendy solicits questions from the audience and they often appear on camera. Wendy encourages natural reactions from audience members and their inclusion in the show production, especially as she encourages everyone in the audience to be her co-hosts.

This is a great departure from other New York TV show productions that are often contrived. Other TV shows are often decidedly fake and the in-studio experience can be sub-par. Wendy keeps her show real and she is a credit to the profession.

Prior to the show taping there is a little waiting but lots of coffee to keep the show audience happy. Rather than jetting off after the show , Wendy stays around to interact with her fans and will autograph her books. Going to this show is a fun and lively experience.

During the taping of her show, Ms. Williams is often outspoken but she always tries to keep the dialog funny. She is clearly not afraid to say what is on her mind whether it is during an over-the-phone interview or to a guest sitting right beside her. In the past she has been in heated arguments/feuds with both Whitney Houston and Omarosa Manigault (The Apprentice).

Ms. Williams has the reputation of not backing down, which, while hilarious, has put her in the firing line. These moments are particularly unsettling if she is later found to be wrong on a certain subject matter and lambasted her guest. She has the sense that she can steer the TV show in her own direction and her guests wise up fast, if they try to take over the show.

One famous taping of the show was with Omarosa Manigault who was attempting to plug her book without really allowing herself to be interviewed. It also helped that this famous interview was in Sweeps Week, which further underlined Wendy Williams in her TV role.

Ms. Williams is more than just a pretty face, however, she is also about pretty hair. She spends a lot of time discussing beauty and hair, health and fashion tips as well as plugging her own self-named wig collection for women. She is a tremendous advocate for women who suffer from balding or thinning hair and she has done a great deal of work for this in the communities that can often ostracize these women.

The format of the Wendy William show is broken into three parts, the first where Wendy discusses current hot topics that are mostly celebrity gossip. The other segments are advice questions from the audience and then the show concludes with a celebrity interview, that has featured A-List celebrities including Jennifer Lopez.

Ms. Williams advice on the TV show is always frank, funny but sometimes harsh. She is also famous for her greeting 'How you doin?" which she has applied for the trademark. Ms. Williams has also appeared in hit television shows like 30 Rock and Law and Order: SVU. She also gave a great performance on Broadway in Chicago as Mama Morton, which received good reviews.

Ms. Williams She suffers from the autoimmune disorder Graves’ disease and was also struck down with a breakthrough case of COVID-19 in 2020. In 2019 Williams was living in a sober house after seeking treatment for alcohol and drug use. Williams also divorced her husband, Kevin Hunter in the same year.

Ms. Williams collapsed on live television during a Halloween episode in 2017 and this event was an indication of problems that would came later for her with this condition. Having not appeared on her own show since July 2012, Williams was supposed to return to the show in October 2021, but then cited her ongoing issues with Graves’ disease as the barrier to that return.

The Wendy Williams Show is owned by Fox and rights to reruns are owned by BET. The show ranked number one in all syndicated talk shows across the US.

Omarosa Manigault appeared on the Wendy Williams Show in July 2008, to promote her new book. The interview immediately went off course and escalated into a verbal cat fight that damaged both the stars reputations.

As soon as Manigault sat down, the string of insults started rolling out. Williams and Manigault went back and forth for the 10-minute interview in the most passive-aggressive manner until Williams nearly threw her off the set and ended the interview with curt "...thank you for coming on "MY" show." Omarosa later apologized, but the damage was already done - to both of them.

Noteworthy Dates for this TV Show :

Distributed by
Debmar-Mercury and 20th Television.