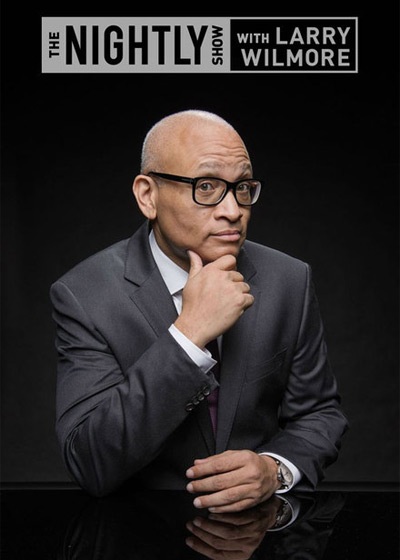 The Nightly Show with Larry Wilmore

Free TV Tickets For The Nightly Show with Larry Wilmore

The show returns the late night format to Comedy Central with a marginalized host who has significant experience on The Daily Show as a special correspondent.

You can get free tickets to The Nightly Show by clicking "Tickets" on the show's website. Select an available date from the calendar and checkout with your email address for an easy and FREE transaction. Your ticket should be sent to you in an email. You can either print your ticket out or keep it on your phone to show as you check in.

Although the taping does not begin until 6:00 PM the audience is advised to come two hours before because lines start a little before or at 4:00 PM. Check-in is an hour long (from 4:00 PM to 5:00 PM). Keep in mind that a ticket does not automatically allow you access to the show.

Over-capacity may become an issue so the earlier you come, the better. Before entering the building, all audience members must go through a metal detector. They also must have their bags ready for a possible search. You may not record during the taping nor bring food or beverages.

The Nightly Show is only taped Monday through Thursday at 6:00 PM and takes approximately an hour and a half to tape. This show tapes all-year-round and goes on an occasional week-long hiatus. Two shows are taped on Thursday.

This show was cancelled in 2016. The show seemed to be going smoothly with strong ratings in season 2, until an infamous episode featuring guest Bill Nye.

Bill Nye Episode Sealed the Deal on the Show's Demise

While the popular scientist Bill Nye attempted to explain the implications of finding water on Mars, Wilmore and his panel made it clear that they found no interest in the subject, and rudely interrupted him during the entirety of his segment. They later claimed they were being egged on by show producers to be "obnoxious" to Nye for ratings but the plan backfired terribly.

The episode sparked outrage, and ratings suffered and never bounced back.

The Nightly Show was canceled after just two seasons on August 15, 2016 due to poor ratings and negative criticism about Wilmore's attempt to dumb his audience down in a Sherri Shepherd "flat earth" kind of way.

The show is broadcast on Comedy Central at 10PM every week night.

You must be at least 18 years old to attend The Nightly Show with Larry Wilmore taping and present a government issued ID.

Larry Wilmore is a comedian who is most known for his appearances on The Daily Show with Jon Stewart. Wilmore has also been a writer on sitcoms like Sister, Sister, The Fresh Prince of Belair, The Jamie Foxx Show, and the Emmy Award Winner The Office. Larry Wilmore has also played roles in the hit comedies I Love You, Man and Dinner for Schmucks.

The Nightly Show with Larry Wilmore premiered on Monday January 19, 2015. This date was significant and made a statement as it purposely coinciding with the Martin Luther King Jr. holiday. Black is back on late night TV.

When it was announced that Stephen Colbert would be taking over for David Letterman, Jon Stewart of The Daily Show had an idea. He met with the producers of Comedy Central and pitched the idea of a show that would be hosted by a traditionally under represented demographic.

Having been the "Senior Black correspondent" on the Daily Show, Mr. Wilmore was the only name considered. The original working title for the show, The Minority Report, actually reflected this sentiment.

After issues with Fox about their upcoming TV show based on the Tom Cruise movie, the Witmore's show was changed to The Nightly Show in homage to its creator, The Daily Show.

TV Studio is a Frantic Mess

As you enter the studio, you see the wires, electronics, sound equipment with engineers running around preparing for the show. When you round the corner and you are faced with a sleek , modern television set, complete with huge monitors, a wall map, and a huge desk where most of the show will take place.

Pay careful attention to the map on the wall and be sure to take a glance at the clocks, you will be in for a surprise. As you settle in to your seats, the powerful sound system belts out pop hits and puts everyone in a good mood.

Warm Up Comedian is Dire

The awful warm up comedian comes out and welcomes everyone to the show, be warned, he may pick on you and ask you a few questions. Then Mr. Wilmore comes out and spends a few minutes talking to the audience and sometimes will entertain questions. He is unassuming, soft spoken and charming, hard not to like.

The show format seems familiar to those who watch late night television, it brings together the formats of The Daily Show and Politically Incorrect with Bill Maher. Larry starts the show with giving his take on the news and follows with a round table discussion with diverse panelists.

His goal is to educate as well as entertain. Mr. Wilmore has described his show as being his own "barbershop", where guests can have fun and feel safe about getting into healthy arguments. He also conducts interviews and play an occasional game with his guests. Jon Stewart's other spin-off shows The Colbert Report and Last Week Tonight with John Oliver have been wildly successful and The Nightly Show with Larry Wilmore is following in their footsteps.

The shows format consists of his introduction of a topic, something from politics or the news, but with his unique perspective. After all, he was the Senior Black Correspondent on the Daily Show. The second part of the show, Mr. Wilmore discusses this topic with the celebrity guests he has assembled around the table. He has no problem heating things up, and keeping things real. His catchphrase of "keeping it 100" means that he expects all his guests to tell the truth.

He even involves the audience in helping to decide if his guests are "keep it 100". At the end of the show, he shows that he can "keep it 100" as well when he answers a random question picked out by the producers. The audience knows that he is standing by his motto, because he is sometimes very surprised by what he hears. The Nightly Show with Larry Wilmore, although in the same time slot and studio as the Colbert Report, is not a replacement;It is a brand new exciting show that will stand on its own, and well worth seeing.