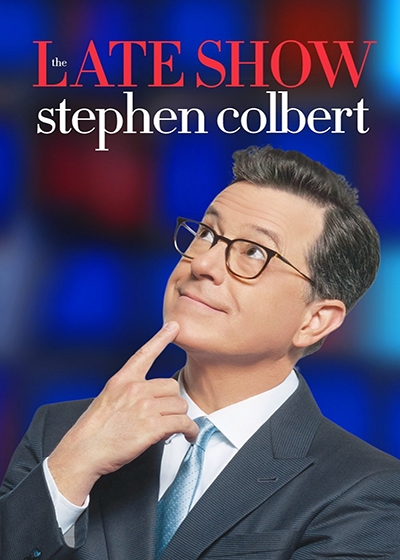 The Late Show with Stephen Colbert

Free TV Tickets For The Late Show with Stephen Colbert

You can order test show and regular season tickets to Late Show with Stephen Colbert in advance of the show.

The Late Show with Stephen Colbert is taped Mondays through Thursdays at 4:30 PM and Fridays at 6:00 PM. This show tapes all-year-round and goes on an occasional week-long hiatus or brings in a guest host.

The Late Show with Stephen Colbert on CBS is pitted up against NBC's Tonight Show with Jimmy Fallon which are both in the same weeknight time slot of 11:35PM EST. The Late Show is transmitted on CBS and across the United States. The show is rebroadcast internationally on various networks

You must be at least 18 years old to attend The Late Show with Stephen Colbert taping and present a government issued ID. Under 16 years are allowed with parent or legal guardian.

Stephen Colbert is a comedian and former host of The Colbert Report. Colbert is most known for the character he played on the show, an eccentric political know-it-all.

On Late Show, Colbert throws away his conservative persona and brings his own personality to late night television on CBS.

After 22 years of hosting The Late Show, David Letterman has handed over not only the reins to his late night talk show, but also the front door keys to the historic Ed Sullivan Theatre to Stephen Colbert, formerly of The Colbert Report on Comedy Central. Letterman had hosted The Late Show since 1993 following the late night wars with Jay Leno, where he nabbed NBC's The Tonight Show from Letterman, against Johnny Carson's wishes, who had promoted Letterman as the perfect shoe-in for his show. Letterman, not satisfied with getting a second place show directly after Jay, famously headed over to CBS to get his own show to go up directly against Jay in the late night war ratings of 1993. Colbert, no stranger to late night television, has earned 6 Emmy's for his witty, no holds barred, and no apologies given format on The Colbert Report. That show had its beginnings as a news segment on Comedy Central's, The Daily Show with John Stewart and managed to garner enough audience to stand on its own two feet as a separate TV show. The Colbert Report aired on Comedy Central for 11 seasons and owes a great deal to Jon Stewart, who was its material and financial benefactor. Fans of the old Late Show with David Letterman still get to experience the show in the historic Ed Sullivan theatre on Broadway. The new show, with Stephen Colbert, has the requisite opening monologue and the rundown of the day's events. This continues into funny interviews with popular celebrities of the day and the occasional band or musical guest.

Where Letterman had his top ten lists, Colbert has his own spin, after all he was credited with creating the brand new word, "Truthiness", that has since been added to the American Lexicon. Colbert's last show on Comedy Central was Dec. 2014, so there was lots of time to create a new Late Show format and stage that is uniquely his - but the theater is still awfully cold - due to CBS's refusal to upgrade to modern LED lighting. Colbert competes with The Tonight Show with Jimmy Fallon, which started out very strong, on a competing network and has a much warmer theater. Colbert has loaded his new show with a great sidekick and a new warm up comedian that makes the overall experience special. The new show is a mind-meld of Colbert's old Colbert Report and Letterman's Late Show.

Colbert is an accomplished comedian, author and political satirist, and even had a run for president (through his late night show). Although his old show had a political theme (he played an ultra-conservative republican) he conducted many hilarious interviews with not only famous politicians of our time Obama, Clinton(s), etc. but also met with pop figures like James Franco and the Muppets.

The new show, The Late Show with Stephen Colbert, focuses less on the politics and more on the Hollywood celebrities. Having interviewed everyone from Neil Young to Neil Degrasse-Tyson, Colbert knows what questions to ask and when to ask them - stepping up to a new quality of interviewer in late night television, not-at-all at odds with any existing late night TV shows that have primarily headed towards a more fun. light hearted, SNL style of late night entertainment. The Late Show's bandleader is jazz musician, Jon Batiste.