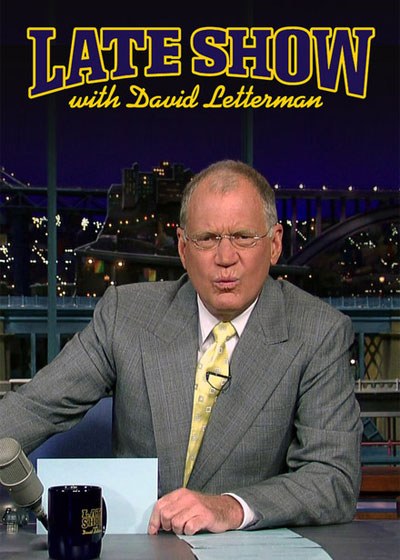 The Late Show with David Letterman

Free TV Tickets For The Late Show with David Letterman

The David Letterman show does not accept postal requests for advance tickets. Advance tickets for future shows can only be requested over the internet, by phone, or in person.

The Late Show's group ticket policy has been inconsistent. The Late Show with David Letterman sometimes accepts ticket requests from groups that wish to attend a taping of the show, but rejects many group requests. The reason for this is that no TV show wants to book too many groups, for fear that they might cancel at the last minute and leave the show without a significant chunk of its studio audience.

We recommend that groups focus on getting individual show tickets instead, so each of the group members will need to make their own ticket request for the same date. The group leader should still go ahead and apply for group tickets for the whole party, but just bear in mind there is little chance that the Letterman Show group ticket request for will be honored.

The Late Show with David Letterman will not give out tickets more than once within a six-month period to the same household. Not all ticket requests will be accommodated. The Late Show ticketing group clearly favors out-of-towners.

The show was still strong in ratings at the end but the writing was on the wall for Letterman who had been implicated in many sexual scandals with his own staff. This all happened just before #metoo movement was to catch fire and change the celebrity landscape.

Letterman was also named in an FBI investigation as the complainant in a blackmail plot that included the details of his many sexual exploits with female writers on the show. His reputation has never recovered from the revelations. Without the blackmail plot, the public would have never known about his antics and the pressure he put on his female staffers to have sex with him.

Letterman was the longest running talk show host in American history, surpassing Johnny Carson. The show lasted a staggering 22 seasons and over four thousand episodes. If he had been able to keep it in his pants, he could could have gone much longer.

On September 8, 2015, The Late Show was handed over to Stephen Colbert, formerly of The Colbert Report on Comedy Central. The show is now produced by Spartina Productions and CBS Studios, This show is the second iteration of CBS' Late Show franchise and is taped at the Ed Sullivan Theater in New York City.

The Late Show with David Letterman airs weeknights at 11:30PM on CBS.

You have to be over 18 years old to attend this TV show. Government ID is required.

The show is an hour long and tapes at the historic Ed Sullivan Theater in New York City's Times Square. The host, known to fans simply as “Dave,” has been a mainstay in the late night world since the early ‘80s.

Letterman Switched His Show from NBC to CBS in 1993

Letterman had his talk show on NBC until 1993. Although Letterman was the heir apparent for Johnny Carson's Tonight Show following his retirement, Jay Leno grabbed the spot and moved the whole show to Hollywood to reduce costs. Letterman responded by taking his show to CBS and ran directly up against Leno's Late Show on NBC.

The Late Show with David Letterman features interviews with film and TV stars, musicians, athletes, and other celebrities. The David Letterman TV show also has hilarious recurring segments like the "Top Ten List" and of course Dave's opening monologue.

In 2000, Letterman underwent quintuple bypass surgery, after which sparked The Late Show Backstage. The years of abuse of smoking and drinking finally caught up with him.