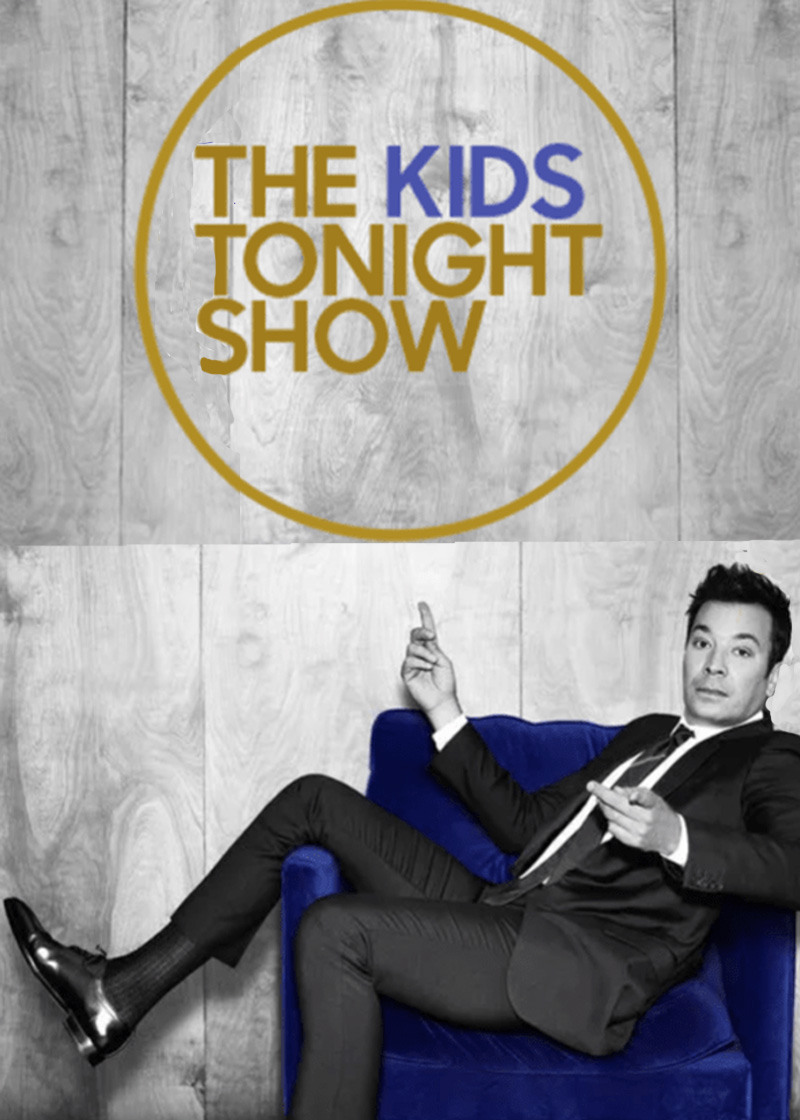 A kids version of the Tonight Show, but written and hosted by an ensemble of four precocious kids, where they are in charge of the show and interviews.

This show is broadcast on NBC's Peacock service and is a streaming show, where a new episode is released each week

McCann He also worked on:

An NBC stalwart, Brian McCann, is the head writer and exec producer of Jimmy Fallon’s The Kids Tonight Show. Mc Cann is well known for his work on a slew of adult late-night shows including all of Conan O’Brien's late-night shows and Stephen Colbert's Colbert Report.

Format Of The Show

The show producers dumped the usual pithy anti-Trump monologue often found in the normal late night fodder (and especially in Jimmy Fallon's Tonight Show) in favor of a kid-friendly opening sketch, which is more of an SNL format, but even unfunnier (if that is possible).

The show gets some big celebrity interviews, and also has some games for the kids and guests, just like the adult version of The Tonight Show.

The hosts are kids, the musicians are kids and all the show writers are kids. The show has a kid driven vibe because as it is literally starring kids and is written with kids, but with the full late-night TV show production and treatment.

Show Does Not Follow All The Tonight Show Traits

The only thing missing from the The Kids Tonight Show writers room is the dark bitterness and unlimited cocaine, which are both common traits that writers at NBC are well known for. The show does have an executive producer of Lorne Michaels', who kids often describe as being a bit 'creepy'.

It is not clear if the show hosts were intentionally picked to be a bunch of bratty and precocious kids that always seem to get what they want, but NBC may be trying to create a kid version of a new reality show genre with its picks.

The show features teenage mischief that sometimes borders on bullying as its highlight, rather than a kid-friendly version of The Tonight Show. Heavy editing may be required to make the show more palatable for the adult approval for their children to watch this show.

Free tickets are available for The Kids Tonight Show

The show tapes Tuesday through Friday each week, with four tapings a week. The show shoots in 30 Rock’s Studio 6A, just across the hallway from Jimmy’s own Tonight Show studio 6B. The shows will often borrow audience from one another, if they are short.