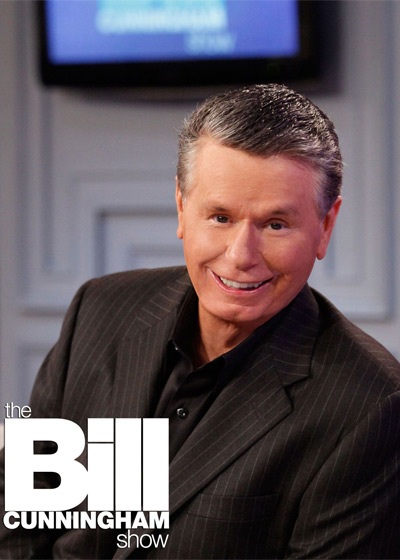 The Bill Cunningham TV show is a popular conflict-resolution and is taped in New York City. This show gives away free tickets and is now taped in Harlem, New York at the Metropolis Studios at 106&Park, where the BET show 106&Park actually began life.

You can get free tickets by filling out a short form on the show's website. Group, School and General ticket request forms are available. Before you go to a taping be sure to dress in bright and solid colors without any crazy patterns. No logos and hats are accepted at the time of taping.

The Bill Cunningham Show tapes Thursdays and Fridays. The show tapes two shows a day, in the morning at 9:00 AM and in the afternoon at 12:30 PM.

Though the show was successful on paper, audiences were not kind to Bill Cunningham, calling him an inept, wannabe Maury Povich. Even with poor critical reception, the show enjoyed a five year run, and had its last episode on September 9, 2016. Bill Cunningham retired from TV to work on radio and his law career. The Robert Irvine Show went on to replace it.

The show is syndicated and is broadcast at different time in different markets.

You must be 18 years old to attend a taping (due to the content of the show) and present a government issued ID.

Bill Cunningham (born William Daniel Cunningham) spent decades as a lawyer and a conservative radio personality before becoming a TV show host. Originally hailing from Cincinnati, Ohio, Cunningham has also been a contributor for many of the top news channels.

On this TV show the suspicions, accusations, screaming, crying and physical threats abound.

It is interesting to watch each situation unfold, with mounting curiosity as to who is truthful, who is being falsely accused, and who is full of baloney. Right when you think a situation cannot get any worse, it turns out the best friend (who is also on the stage) is the one the boyfriend cheated with, or someone else has a bizarre confession to make, and so on.

The shenanigans, of course, would not be complete without bodyguards having to separate guests from attacking each other, seating feuding parties on opposite sides of the stage, and the occasional guest running off of the stage in a fit of grief and rage, having to be collected by Bill Cunningham himself.

Being part of the audience of The Bill Cunningham Show has benefits aside from seeing the emotional roller coaster occurring on the stage. For example, audience members are also fed a free pizza lunch.

The Show is Good Entertainment for any Audience Member

The ushers and production crew are all congenial and friendly to audience members as well, and often there is a comedian who entertains the audience before the taping begins, hyping the audience up for the craziness that is about to unfold. 21st Century Springer!

The Bill Cunningham Show first aired in September 2011, and has been a staple of the CW Network ever since.

The TV show is filmed in New York City, where Mr. Cunningham still hosts his radio show several days a week. The Bill Cunningham Show follows a similar formula as its popular daytime predecessors such as Jerry Springer and Maury Povich.

The show showcases a variety of people with shockingly dysfunctional circumstances centering around anything from confronting an adulterous lover, to cross-dressing baby-daddies to prostitution. Even adult babies are featured.

The Show is a Wild Ride

Each episode is ripe with awkward, over-the-top confrontations and the plot thickens at every turn. The Bill Cunningham Show can often be a wild ride through decadence and excessive shock value that will keep your eyes glued to the stage while shaking your head in disbelief and disgust. Audience members will not know whether to laugh or cry as the situations unfold before them, stories become more complicated and ridiculous by the minute.

Bill Cunningham offers both a shoulder to cry on, as well as tough love and conservative advice, all while cracking jokes at his guests’ expense. You know Bill means business when he says “I’m gonna put the cheese on the cracker for you."

The format of the show tends tend to revolve around lie detector tests and DNA tests. Each episode typically concludes with a self help guru or another type of therapeutic professional who attempts to mediate the guests through their conflicts. Although truth be told, the show is far less about conflict resolution than it is about appealing to viewers who enjoy heavy doses of low-brow shock value television.

On this daytime problem resolution show, audiences can expect to see lots of lie detector and DNA tests to ascertain who is telling the truth. The proven liars are first ridiculed by Cunningham himself, then lambasted by the studio audience. The volume of the show is often set to yelling from the opening bumper to the closing credits. Everyone goes home happy. Well, not everyone.

To find guests to appear on The Bill Cunningham Show, the producers of the show regularly place ads on craigslist to find guests. They offer transportation and hotel rooms for their appearance. Sometimes they will offer a cash stipend in the amount of a few hundred dollars. They will fly in people with the best stories and put them up in a local hotel in New York City.

The show books such flaky characters that they are never sure who will turn up until they are actually physically there. The show often uses a Skype connection with a guest who is on the periphery of a story or just too dangerous to have in the studio (Convicted/violent felons). The preferred method of bringing guests to the show is via air travel, because airport security will not allow people to travel with guns and more importantly, to the show.

The celebrity, Bill Cunningham, has very little to do with the production of the show other than presenting the show on TV.

The Show Provides Therapy For Guests After The Show:

The show tries to help its guests after the show by having them meet with therapists and working through some of their problems. Show producers convince guests to open up their emotions and divulge their secrets on not-so-live TV in many ways including the carrot of being able to help them more after the show, the more forthcoming they are on the show itself. They actually state to guests "The more you open up on camera, the more we can help you afterwards". This also means that guests can get very irate, upset, angry and sometimes violent.

The show must provide good security to protect the hosts, the audience and the guests from each other and themselves. All this emotional drama also means good ratings for the show and the producers are well aware of this and try to find a balance between great TV and avoiding a serious incident during, or after, the show. This TV show clearly has its roots in the conflict-resolution genre and is very similar to other heavy-hitting conflict shows like Jerry Springer, Maury Povich and Jenny Jones (The Jenny Jones show ran September 1991 to May 2003).

There are risks with this type of show that even Jenny Jones can attest to first-hand. These kinds of TV shows can often result in on-camera as well as off-camera violence.

A oft-cited serious incident came in the case of the murder of Scott Amedure by Jonathan Schmitz in 1995 following Jenny Jones's show - I Have A Secret Crush. Schmitz claimed producers implied that his admirer was a woman. His shock and embarrassment was evident on the show when it was revealed that it was actually a man who had a secret crush on him.

Schmitz attorney's indicated that this revelation was too much to bear (as he was heterosexual)and he just snapped, even though he purchased a gun days later, bought ammo from another location before shooting Amedure in the chest in his trailer home yet another day later.

Jenny Jones went on to testify that it was her production team's fault that the guest was misled, but the case stained Jones's legacy and ultimately ended with one dead guest and the other guest, Jonathan Schmitz, in prison for second degree murder. Schmitz is now serving a life sentence and is expected to be paroled in 2020 after serving 25 years.

This Jenny Jones episode has never been officially aired, but key scenes were released for both the criminal and civil trials. Current TV shows are well aware that these kinds of incidents can occur and often attempt to stay clear of trouble spots, but shows are often an emotional minefield and the next Scott Amedure could be just around the corner.