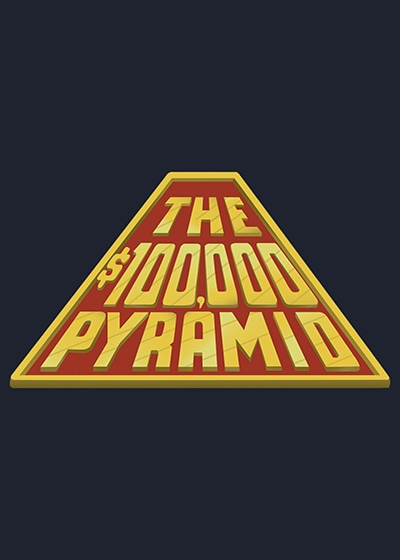 A new incarnation of a classic TV show now with Michael Strahan as the host. Contestants compete in a game of word association to win $100,000.

You can get FREE tickets to The $100,000 Pyramid by filling out a short form after you pick your desired date of the taping. This includes your name, the amount of tickets you want and why you love the TV show.

This show is Broadcast on Thursdays at 8PM on ABC

This TV show is not open to people of all ages. You must be 18 years old or older to attend this taping. Be sure to bring a government-issued ID.

Michael Strahan spent 15 years as a professional football player for the New York Giants of the National Football League. In 2007, his last and final season, the New York Giants, won the Super Bowl. Since retiring from football, Strahan has become a media personality. Since 2012, he has served as co-host of the ABC morning talk show Live! with Kelly and Michael, along with Kelly Ripa. He is also a football analyst for Fox NFL Sunday, and a regular contributor for ABC’s Good Morning America.

Strahan has become more than a football superstar, rising as a relatable, household name. Aside from his many accomplishments in the sport, Strahan has also written a book called Wake Up Happy: The Dream Big, Win Big Guide To Transforming Your Life in which he talks about how he got to where he is and the steps he's taken to be successful.

Michael Strahan first came to fame as an NFL football player for the New York Giants, where he remained for the entirety of his 15-year career. In more recent years, he has turned to television and media, where his roles have ranged from co-hosting ABC’s Live! with Kelly and Michael, along with Kelly Ripa, to being a regular contributor for ABC’s Good Morning America. He is also a football analyst for Fox NFL Sunday. He will bring his built-in audience to this beloved game show classic, as well as his array of celebrity friends to take part in the show.

The format of this series goes back to its incarnation, with two teams of celebrities teaming up with regular people to give and receive clues in a game of word association. There is then a bonus round, called the Winner’s Circle, where contestants have the chance to win, in this case, up to $100,000. The name of the show derives from the game board, which features six categories shaped in a triangle, which is referred to as a pyramid. Three categories line the bottom row, two are in the middle row, and one is in the top row. Only in the Winner’s Circle does a category’s position on this board signify its difficulty. The fun of the show stems partly from the fact that celebrities and civilians team up to work together on the challenges. While the history of the Pyramid franchise dates back to 1973, this is the first time the show has aired in primetime television. Previously, it has been in daytime slots, on cable, or as early evening fare in syndication. ABC has proven successes with the game show genre, most notably Steve Harvey’s Celebrity Family Feud, which was ABC’s most successful show in the summer of 2015 and the highest rated new series as well. For all of these reasons, The $100,000 Pyramid promises to be an excellent live studio audience experience.