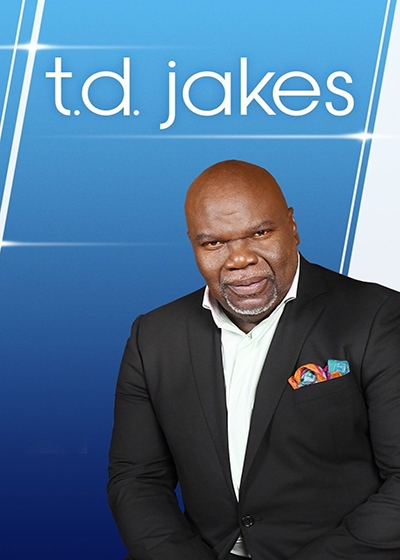 You can get FREE tickets to the TD Jakes Show by going on an external audience management website called On Camera Audiences. You must sign up and make a profile to request tickets.

This show tapes from Wednesday to Friday two times a day taping one show in the morning at 10AM and another in the afternoon at 2 PM. It is advised to be in front of the studio two hours before the tapings start.

You must be 21 years old to acquire tickets to the TD Jakes TV show.

T.D. Jakes (whose full name is Thomas Dexter Jakes) is the pastor of a non-denominational mega-church in Dallas, Texas, where he has built up a congregation of over 30,000 members. He is also a strong supporter of charitable work, and he has recently expanded his work into media and entertainment. His annual revival festival MegaFest draws over 100,000 people together each year, he hosts an annual women’s conference called Women Thou Art Loosed, and he has also published a novel by that same name. His many other endeavors have ranged from leading the early morning prayer service for President Barack Obama, to producing gospel recordings and feature films.

For many years, T.D. Jakes has grown and cultivated the audience of his mega-church in Dallas, which now counts 30,000 members among its congregation. Beyond this in-person success, Jakes has recently built up his career as a media personality, with his company producing feature films and now this syndicated talk show. With his unique voice and reliable impact on his listeners, this is sure to be an exciting show to watch. Jakes has reported in the press that he is eager for this new opportunity to break boundaries and expand conversations. His message is always uplifting and positive, encouraging people to work through difficult situations in their lives. In addition to his inspirational message as a voice of his congregation and beyond, Jakes is a strong supporter of charities, including The Potter’s House and the T.D. Jakes School of Leadership.

This will surely contribute to his impact on his viewers, as his commentary is underscored with a benevolent and generous spirit that differentiates him from the majority of television hosts on the air. With experience owning 46 television stations in 38 different markets, Tegna is the ideal content provider to oversee T.D. Jakes’ television debut.

The show is executive produced by Gail Steinberg, who served as executive producer for The Ricki Lake Show, and has also held positions on the creative team of Montel and Geraldo. The other showrunner is Jack Mori, who has served as a senior producer on Oprah, was a founding creative on Dr. Oz, and also was co-executive producer on The Queen Latifah Show. With this stellar support team, T.D. Jakes will have a solid platform on which to craft his own unique talk show format. In addition to serving as a pastor, Jakes will leverage his experience as an entrepreneur and businessman, which includes producing the film Heaven is for Real, and another project called Miracles from Heaven which is presently in development.