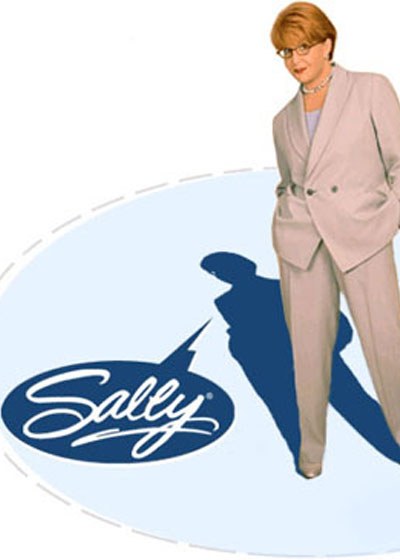 On average the show is booked a month ahead of taping.

Sally tapes Monday through Wednesday at Noon and 3.00 PM. They ask that you arrive two hours before taping, we say at least an hour to get in.

A pioneer of the issue-oriented daytime TV talk show in the mid-'80s, Sally Jesse went on to provide several seasons of mindless "low road" entertainment until lousy ratings finally got her show canceled in 2002.

Her legacy is the bright red glasses and her catch phrase "You are an idiot", which her audience just lapped up.

In the USA the show is usually broadcast anything up to 18 weeks after the taping. The order of taping does not reflect the order of transmission. In the rest of the world it could be pretty much any show from the last few years.

Sally Jessy Raphael was the first woman on American broadcast television to get her own syndicated TV show, three years ahead of Oprah Winfrey.

The Sally Jessy Raphael Show was the longest-running talk show on daytime television in the early 2000's and the first nationally syndicated single-topic talk show hosted by a woman.

Raphaël credits her success in the genre she helped pioneer with the approach she takes with her guests. "We have always treated our guests and their issues with respect. We don't joke about or trivialize them," she says. Establishing itself as a forum for personal stories, relationship issues and fast-paced entertainment.

Raphaël has connected with a diverse and loyal fan base that ranges from teens to housewives and working women. They can be seen everyday on the show interacting often quite loudly with the guests.

Sally Jesse delivered this message : "I've been on television for 46 years, which must be a record. I've been proud of many of the shows we've produced over the last two decades. It was my personal statement about the issues facing society and the moral choices that people make. It has been important to me to tackle topics that are meaningful and in good taste."

"When our show debuted there was nothing on the air that showed real peoples' lives" says Raphaël, who became the first female talk show host when her show debuted Oct. 17, 1983. Although not appearing bitter about the 2002 cancellation - just a whisker shy of the 20th anniversary - Sally denied feeling pressure from other shows "Today, there seems to be little else other than reality show programming, if that's what people want - they can have it."

"I am proud that we were able to help so many guests and viewers find solutions to their problems and comfort in their lives. I am also proud to have created the production formats that most talk shows now use. It has been a real privilege to have the opportunity to be in so many homes for such a long time. I will truly miss our very talented staff, dedicated crew and our loyal television audience."

The Sally Jessy Raphael Show does NOT have transcripts available for public use or purchase. That's right, they do NOT do have them.