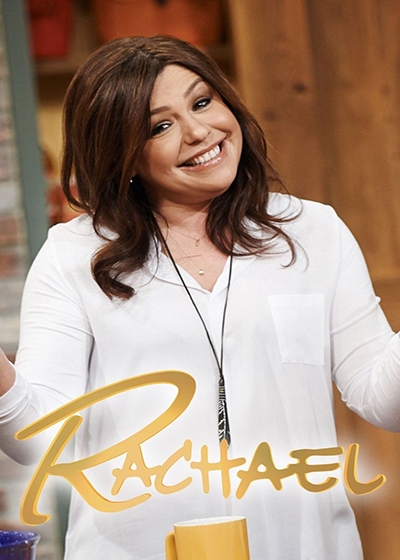 The Rachael Ray Show is a day time talk show which consists of interviews, games, how-to segments, and cooking a themed recipe with guests.

Tickets to The Rachael Ray Show can be requested by filling out a short form on the show's website. You are allowed one request, if you submit more than one, your first request will not receive a response and it will be cancelled. Group ticket request forms can also be submitted as well as auction or charity ticket request forms.

The taping duration may take up most of your day, since they may tape three shows, but every audience member must stay for the entire taping.

The Rachael Ray Show usually tapes Tuesdays, Wednesdays and Thursdays. Show times are either 11:30 AM and 3:30 PM. You must arrive at 10:00 AM to make the morning taping and arrive at 2:15 PM for the afternoon taping. This show tapes all year-round and goes on a 3-month summer hiatus.

In the New York area, The Rachael Ray Show is transmitted on WABC Channel 7 at 10:00 AM to 11:00 AM weekdays. In other TV markets, the show may be shown on other channels and at other times. The Rachael Ray Show is syndicated across the domestic United States. The show is also re-broadcasted in other countries all over the world.

Individuals 16 and older must bring a government issued ID. Anyone under 18 years old must attend with a legal guardian.

After waiting outside the studio in line for up to an hour and then inside in a tight holding space for up to thirty minutes, this show can have a rough start. The taping is further delayed while the production team decides the layout of the audience members based on which audience member wore the best jewel toned outfit. During this time, and the other down-times on the show, the audience is kept entertained by comedian Joey Kola as Rachael Ray does not have any interaction with the audience. During taping, the show tapes sequentially with rotating sets and without too much lag time in between segments. Between takes Rachael Ray has glimmers of her television personable self, but she is more down to business than you’d expect. She focuses less on the audience and more on getting the job done correctly. The show does not offer much in giveaways nor snack food to tide you over. One would expect more than granola bars and water from a television personality who is famous for making fabulous meals in under thirty minutes. Show guests do not get a sample of the food Rachael is cooking, the closest the audience gets is its delicious aroma. The audience should expect to do a lot of clapping, smiling and making approving sounding cooing noises when the food is involved, but not much else. Eat breakfast before you come.

Rachael Ray has developed a loyal fan base of many ages, though primarily middle-aged women go to see a taping of the cooking guru's daytime TV talk show. The show suffers from a demographic split between viewers and the "in studio" audience, with at-home viewers more likely to be middle-aged, stay-at-home moms with average age of 44 and the studio audience trending much lower at youthful 28, without children. Ray doesn't score well with stay-at-home dads or single people, perhaps because they are working during the show transmission.

Because of the show’s accessibility to its nationwide audience and Rachael Ray’s approachable on screen personality, it is no wonder that this show holds two Daytime Emmy Awards for Outstanding Talk Show. It comes as no surprise that Oprah Winfrey is the creator. Rachael seems just as comfortable with her celebrity interviews over coffee as she does on her home turf of whipping up a recipe.

Past celebrity guests who have had coffee talk with Rachael Ray range from David Duchovny to Dr. Oz and Dr. Phil to fitness trainer Bob Harper to Kim Kardashian. However, celebrities are only part of what makes the Rachael Ray show a nearly nine year success. The show covers a very broad category of topics and encourages viewers to write in and come on the show with their own stories. Topics of interest can be light hearted from funny pet tricks or silly things viewers’ children do to more emotional topics of various types of makeovers. While Rachael Ray has a funny, uplifting television persona, it’s also clear that the lady who made “EVOO” (Extra Virgin Olive Oil for the uninitiated) a household name also finds it important for people to feel better about themselves. Rachael Ray uses her show as a tool for empowerment with many segments ranging from makeovers for a back-in-the-workforce interview to helping a family member who has severe clutter issues.

Let’s not forget about the food. Rachael Ray generally has her celebrity guest come in and co-host her during the recipe portion taped as the final segment. Celebrity guests range in cook expertise from beginners to self proclaimed home cooks to celebrity chefs, including Mario Batali as a past guest.

Overall, the show is a positive and entertaining experience once you’re inside. Rachael Ray did become a household name for her great meals for good reason. Attending a taping of the Rachael Ray Show is almost as fun and lively as you’d expect from the Rachael Ray brand.