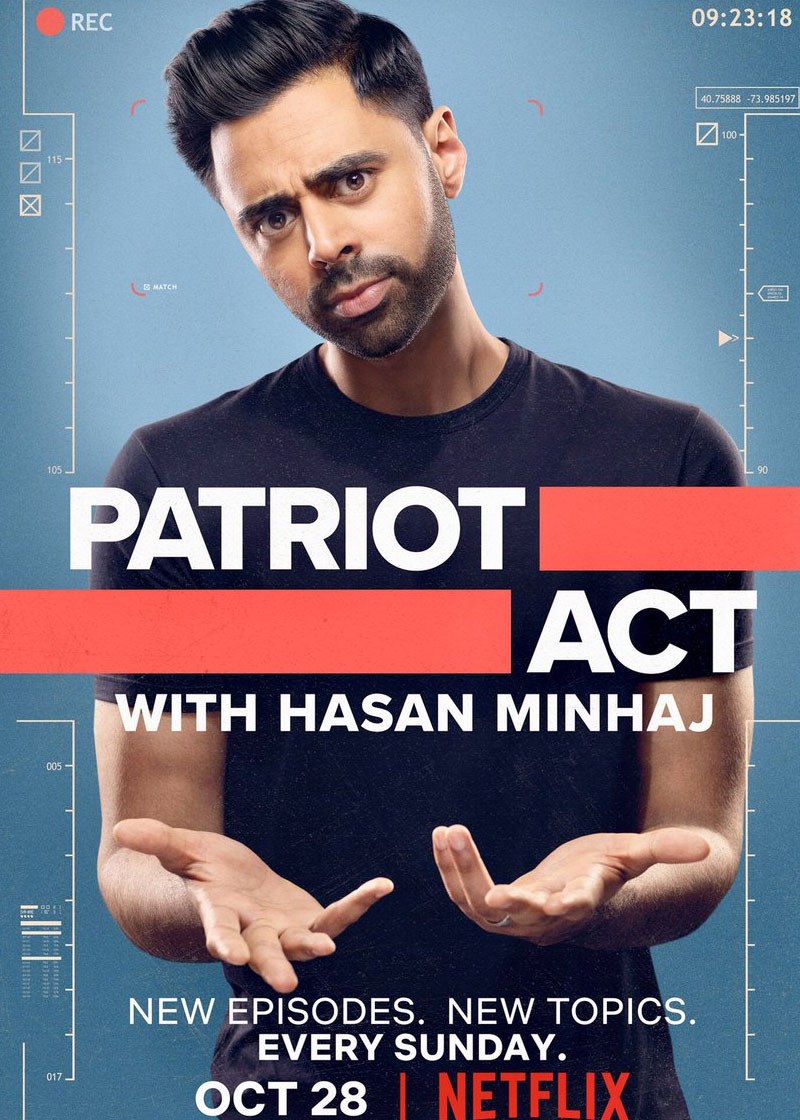 You can reserve tickets to Patriot Act online in advance of the show.

Patriot Act is taped every Wednesday at 6:45 PM

The show was cancelled by Netflix under a dark cloud of questionable work circumstances where several producers of the show claimed to have experienced abuse, mistreatment, and harassment while working on this show. Hasan Minhaj, the host of Patriot Act, claimed the show had just run its course.

Hasan Minhaj is a comedian and political commentator who first broke into the field of political satire through his work with The Daily Show. From 2014 to 2018, Minhaj was the senior correspondent for the late night satire program and used this experience to excel to greater heights. In 2017, he was the featured speaker at the White House Correspondents’ Dinner.

Minhaj also won a Peabody Award for his 2017 standup special, Homecoming King, which debuted on Netflix and focuses on his experiences growing up in an Indian household. Following the debut of Patriot Act, Minhaj was featured on TIMES list of the 100 most influential people.

Patriot Act is Netflix’s first endeavor into the world of in-depth political discussion and satire, a genre made popular by iconic shows like The Daily Show and The Colbert Report.

The show is hosted by comedian and former correspondent on The Daily Show, Hasan Minhaj, who hopes to differentiate the program from other similar shows by being “both timely and timeless.” Minhaj is able to do this through the incorporation of his technological monolith of a backdrop, a floor-to-ceiling LED display that extends onto the stage the Minhaj walks on. The display allows for jaw-dropping images to be shown, such as footage from a recent protest or a visual representation of the corrupt leadership of a nation on the verge of collapse.

The show tackles the modern socio-political landscape with sincerity in an attempt to keep the general public informed and make a lasting impact on issues that need resolution.