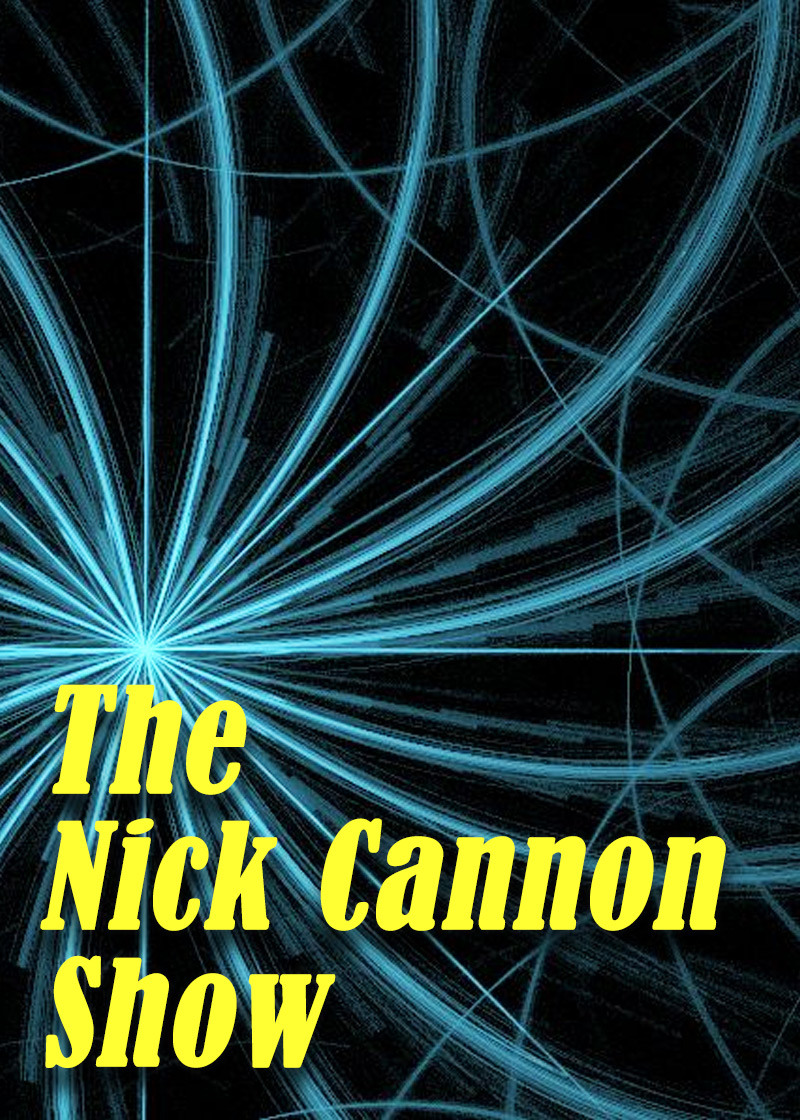 Sadly, The Nick Cannon Show is in big trouble. As of March 11, 2022 the show has been cancelled. We have marked the show as "On Hiatus" in the hope that there is a groundswell of fans who push for its return, but it's not currently looking very hopeful.

Cannon's official website nickcannonshow.com pretended that all the TV studio tickets were booked for the months ahead and then they just shut down their website without any warning giving fans a 404 error.

This is the kind of unprofessionalism that Nick Cannon has demonstrated in so many of his past projects including at The Wild n' Out TV series where fans were forced to stand for over 5 hours for a lousy 30 minute TV recording.

The reason the show was axed was that the TV networks hated The Nick Cannon Show viewer ratings and then they cancelled all future recordings before the end of the season. The TV shows currently appearing are some extra taped shows that were already "In The Can" and being broadcast until there are no more left.

The show producers may just start rebroadcasting old shows until the watching public starts to realize that they are repeats, and then the game will be up.

As of April 10, 2022, the Nick Cannon show studio was emptied and it now looks like this show is done for good.

Nick Cannon struggled to find a daytime audience which is traditionally fickle and full of house frau's. This daytime experience may give Cannon the chops to be able to handle a late-night show in NYC, which is what he has been angling for all along.

All Nick Cannon needs to do now is unseat one of the white-bread hosts the currently dominate the late night slots as its been nearly 40 years since a non-white host chaired a broadcast TV late-night show.

Free Tickets Were Available to This Show

Free tickets were available for the Nick Cannon Show. Applicants could request up to 4 tickets, but everyone in the party had to be over 18 years of age for insurance purposes.

Someone from the Nick Cannon Show studio audience department would contact you if they are able to fulfill your ticket reservation request and if they could even b bothered, which was not often.

Please note, admission to this show was not guaranteed. Nick Cannon reserved the right to refuse or revoke entry at anytime to anyone, although they never actually kicked anyone out.

2 show tapings per day, three days a week. Five of those shows were Broadcast and the extra one put "in the can" for future use.

The Nick Cannon Show airs daily at 11AM ET on Fox5 in the NYC market, but as the show is syndicated, it can be broadcast on any other local channel and at different time slots.

All audience members must be at least 18 years of age

Nick Cannon is a multi-award winning TV personality, music producer and actor who grew up in the gang-ridden housing projects of Southern San-Diego. Cannon got his start by rapping and performing comedy shows when he was nine years old with his father, James Cannon. Nick was then discovered and signed to jive records in 2001. At Jive, he was then put on the Jimmy Neutron: Boy Genius show soundtrack in 2003, with his hip-hop cover version of “Parents Just Don't Understand”, which blew up.

Cannon then started his own entertainment production company which he named, “Ncredible Entertainment” and received a slew of other television hosting gigs.

One of the most notable gigs was MTV’s Wild ’N Out which was a hip-hop improv show that featured top rap performers and helped many new urban stars to make a name for themselves. America's Got Talent (AGT) is a competition talent show on NBC that Cannon hosted for seven seasons and he was key in bringing the ratings up over 11 million viewers per episode. During his tenure, the show became one of the highest rated TV shows between 2012 and 2016.

Cannon left AGT in 2017 after NBC tried to renew his contract, but failed to come to an agreement. Cannon has also hosted the more recent game show, The Masked Singer on Fox, which has various celebrities who anonymously perform songs and compete for America's vote to stay on the show, all while staying “masked” in big goofy costumes.

Cannon is also the chairman of TeenNick, a branch of the Nickelodeon TV network and hosts his own morning radio show, "Nick Cannon Mornings" at Power 106.

The Nick Cannon Show, with host Nick Cannon, came to television after he successfully filled in for a few days as the host of the Wendy Williams Show in 2019, during Wendy’s extended hiatus. Cannon enjoyed his experience as host so much that he asked the Debmar-Mercury producers to go 50-50 with his own company to produce a daytime talk show.

Format of The Nick Cannon Show

His new talk show gives fans a way to directly interact with Nick, and gives Nick the platform to speak about pop culture events, what's going on in the hip-hop world and to talk about hot topics that are on everyone's minds. The format is a cross between the Wendy Williams Show and the Ellen Show.

The Nick Cannon Show also has skits, comedy bits and celebrity guests, but differentiates itself from other day-time talk shows by having musically-centered guests regularly appearing on the show. He has his guests play games, compete and do skits to get them out of their comfort zones to create a party-like environment.

All It is no secret that this TV show is Cannon’s audition to attempt to take over from one of the all-white late-night broadcast TV host jobs, currently occupied by Jimmy Fallon, Jimmy Kimmel, Stephen Colbert and James Corden. The last black late-night host was Arsenio Hall, and that all ended pretty badly way back in 1994. Nick Cannon wasn't even born then.