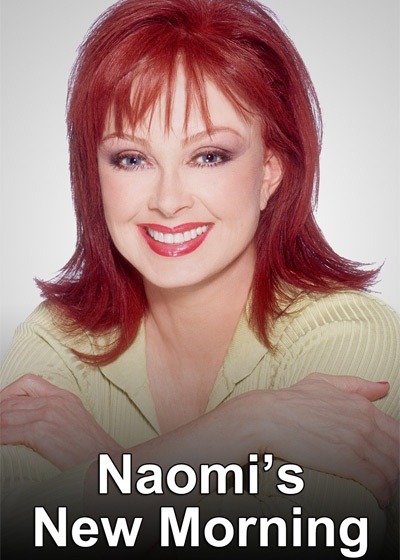 Country music legend Naomi Judd hosts Naomi's New Morning, a Sunday morning program that aims to inform and inspire. The show features uplifting stories about regular people who have overcome great odds, interviews with experts on issues of health and wellness, and even music performances.

Tickets are available to the public for this TV Show In New York.

This short-lived Hallmark Channel show, which featured health topics, family issues, inspiring personal stories, and music, aired on Sunday mornings and was hosted by country singer Naomi Judd. The show deals with spiritual topics such as faith, and the connection of the mind, body, and spirit. Naomi's New Morning ended September 23, 3007.

Naomi's New Morning show broadcasts at 11AM on Sundays on the Hallmark Channel.

With The Judds, Naomi had major success with albums like Why Not Me and Love Can Build a Bridge. She is also the author of several books about better living and a frequent public speaker. Naomi's New Morning, which offers viewers a message of spiritual uplift every Sunday at 11 AM, airs on the Hallmark Channel.

After coming to prominence in the 1980s as one half of the singing duo The Judds (with her daughter Wynonna), Naomi Judd's music career was cut short by liver sickness. But she won the battle against the disease, and since then has been a tireless advocate for women's health. Naomi has also been involved in organizations that promote volunteerism, support children's causes, and that fight domestic abuse and drunk driving.