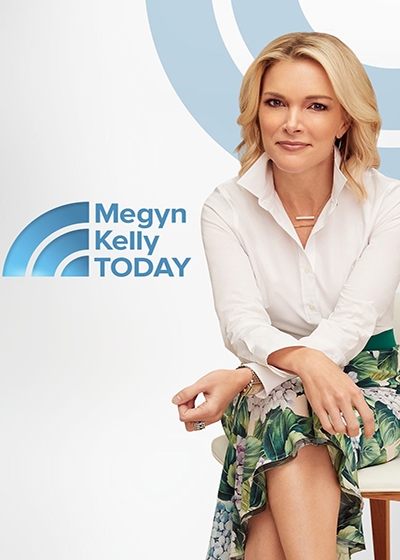 Megyn Kelly left behind her stellar 12-year career with Fox News in order to take on the mantle of her new show pact with NBC. In a shift from her evening slot at Fox, Kelly now has two NBC news programs on NBC, a daytime talk show and a weekend news magazine on Sunday evenings. In the traditional format alternating between news and features, Kelly brings her signature intelligence and fearlessness to political and social issues.

Free tickets are available for this show

Megyn Kelly TODAY tapes Monday through Fridays at NBC Studios at 30 Rockefeller Plaza from 9AM to 10AM.

On October 26, 2018, in the midst of backlash over racist remarks made by Megyn Kelly on her TV show during a panel discussion regarding wearing blackface during Halloween 2018, NBC announced that the show was now canceled. Reports indicate that Kelly gets to walk away with $47 Million, but no job at NBC, as they want her gone. The Megyn Kelly at NBC experiment is now officially over.

The Megyn Kelly Today show broadcasts live from 9am to 10am on NBC channel 4 in the New York City area.

You must be at least 16 years old to attend this TV show taping and present a government-issued ID.

Megyn Kelly is a journalist who built her news career at Fox News, prior to transferring to NBC for her daytime and weekend shows. She is a former lawyer who practiced for a decade, as well as the mother of three young children. Her television experience includes hosting her evening show The Kelly File on Fox, as well as co-hosting America’s Newsroom with Bill Hemmer. She has drawn major attention for her election coverage in the last two presidential elections.

The live-to-air Megyn Kelly’s new daytime show on NBC, Megyn Kelly Today, runs for a whole hour starting at 9AM every weekday. The show challenges expectations and prompts insightful reinterpretation of hot topics, as Kelly brings on exciting guests through a series of light news coverage and more in depth feature stories. The show is shot out of NBC's quintessential 30 Rockefeller Plaza TV studios, but Kelly has already demonstrated little experience in hosting a show with a live studio audience, so the taping is not the most seamless process. NBC hired new staff, built a new set and has spent extra money on a live audience for the show, which Kelly has been touting to all the NBC markets as her ultimate goal in life. The show runs a little long and audience members are unpaid, which means many audience members feel cheated, as the audience management company, 1iota gets paid very well.

Although the Megyn Kelly TODAY show promises to bring "more to your mornings with insightful stories, exclusive news maker interviews and tales of inspiration" in reality it often comes off as a bit preachy and not at all endearing, which you would hope it could be. It is clear that Kelly is taking a high road that she has not been down before and it really does not work that well. Expect to be in the studio at 7:30AM and out at 10:30AM, tired and hungry, if not a little hangry. Megyn also is not happy when her name is mis-spelt, which is what happened when NBC staffers spelled her name wrong on her first day (Megan Kelly) on her dressing room door.

In 2014, Megyn Kelly was listed as Time Magazine’s list of 100 most influential people, calling her an authoritative force in cable news. After a 10-year career as a practicing lawyer, Kelly entered the cable news sphere as a correspondent, bringing a clear intelligence to issues such as Supreme Court coverage. She also was the first person to question the veracity of the rape charges in a case against lacrosse players in Detroit. In 2012, she received attention for her insightful coverage of the Presidential election.

In 2013, she left her position as host of America Live in order to host her own new nightly show, The Kelly File. A lawyer, a mother, a fierce news reporter, Megyn Kelly became a household name when Donald Trump refused to attend the debate she was to moderate in January 2016. At Fox News, Kelly was bringing in the highest ratings of any television show host, with the exception of only Bill O’Reilly. When she announced she was leaving, Rupert Murdoch and Fox News thanked Kelly for her 12 years of service to the network, and reportedly offered her $20 million to stay. Nevertheless, Kelly accepted the offer to work for NBC, which not only offered her more control of the show’s approach, but also allows her to work during the day and be home to tuck her children in bed at night. The mother of a 3, 5 and 7 year-olds, Kelly is married to Douglas Brunt, the former CEO of Authentium who is now a full-time writer and novelist.

In the key slot previously occupied by the third hour of the Today show, Megyn Kelly’s NBC daytime show, Megyn Kelly Today is a challenging new opportunity for Kelly both to anchor and to host. Meanwhile, her Sunday night news show is only broadcast outside of the football season, as NBC's Sunday Night Football is a huge draw for the network, pulling in over 20 million viewers, a formula even the most aggressive NBC execs do not want to mess with.

Megyn Kelly is also getting involved in the world of scripted television, as she is set to produce a comedy called Embeds about reporters covering politics. With her experience interviewing celebrities in prime time specials on Fox, Kelly has a very wide reach into the worlds of talented, intriguing, or outright infamous individuals. Most importantly, Megyn’s trust stems from her intelligence and ability to cut to the heart of a matter that keeps her fans watching.

NBC's Megyn Kelly Today show is a big departure for Kelly as a broadcaster/journalist from her hard-hitting style as a respected conservative journalist and news reporter. Kelly is now sitting in the Liberal lion pit at NBC, where they actually cannot stand her politics as they have now clearly devolved into an anti-Trump, leftist organization that seemed to care more about stifling Kelly's career (by buying her off Fox for a reported $20 Million) than producing quality programming for the masses that actually still watch broadcast TV. After the season finale of her uber-low-rated 8-episode run of Sunday Night with Megyn Kelly, Kelly is now trying her hand at a daytime show. NBC's Megyn Kelly Today leads the third hour of the TODAY show at 9AM every weekday following Matt Lauer and Samantha Guthrie and preceding Hoda Kobt and Kathie Lee at 11AM. Before Kelly began her new morning show, NBC was worried at how her previous show's ratings were going to affect the Today show. However, the Sunday prime time audience vastly differs from the weekday morning show viewer demographic and they are heading in blind. On this new show, Megyn Kelly attempts to bring us a completely different talent compared to her previous roles on The Kelly File (Fox news) and the presidential debates. Kelly has gone from a cut-throat, hard-hitting journalist to cheesy, diva morning show host. The staff she requested for her Today hour has cost the network over $500,000 and her salary is already at a whopping $15 Million a year. The money that NBC is paying to keep the talent of Megyn Kelly on their channel may end up being a bridge-too-far and they may well end up letting her go before the season ends. The new Megyn Kelly Today show consists of too-brief political run-downs and "heartfelt" interviews with celebrities and regular people. Kelly might have gone from the hard-hitting journalism style of Barbara Walters to the soft reporting/pandering of Meredith Vieira and it only took $15 Million a year to convince her to sell her soul. The media has been quick to tout other leftist journalists for the job including Jessica Valenti, Katrina vanden Heuvel, Christiane Amanpour and even Jon Stewart, but it is the perennial MSNBC favorite, Rachel Maddow, who could be slotted in if Kelly fails as anticipated. If Kelly succeeds, expect to see Elizabeth Hasselback taking over Matt Lauer's job on the Today show.

Not content with doing just one show on NBC, Kelly is doing two very different TV shows at different times during the week. One show appeases the daytime viewer with fluffy-news content, on the back of the Today Show every weekday morning at 9am EST and the other show speaks more to Kelly’s journalistic news background that broadcasts every Sunday night at 7pm EST. On June 4, 2017, the Sunday Night with Megyn Kelly TV show hit the NBC airwaves. In the long anticipated debut of Kelly on NBC, it became clear that Kelly styled the show on her previous TV show on Fox, NBC executives had the choice to make the show like Fox's The Kelly File or to take the form of the Trump interview special that was lambasted by most of the media as being a softball approach that does not fit the Megyn Kelly hard news style. However, her first show contained an exclusive interview with Russian President Vladimir Putin which gave her a huge 6.1 million boost in ratings, but quickly descended after only 3.1 million viewers watched Kelly's interview with Alex Jones. Sunday Night with Megyn Kelly, initially bought for a 10-episode run, was cut off after the 8th episode. However, before wrapping up the last episode of the show's first she season she stated she would be back in the spring. Kelly has been known as a ground-breaking, serious journalist that has broken barriers for women with her hard-charging, outspoken delivery, that bucks the trend of female journalists that have often followed in the softly-softly mold of Katie Couric, Jane Pauley and Greta van Susteren. The Sunday night show is a clear departure from her usual wax and wane between “speak softly and carry a big stick” and the “hard news” format. The new show has yet to see key demographics tune into the show, as on Sunday summer nights most people are either having dinner with their families or coming back from the beach. The bar for audience numbers is already set at a historic low in that time slot, but execs at NBC will soon have to explain the $25 Million they paid to bring her over to the network. Kelly left The Kelly File and Fox airwaves on Jan 6, 2017 and returned to the airwaves on NBC on June 4, 2017. With a gap of 5 months, Kelly was feeling the squeeze on her brand awareness and was itching to get back to work. Media pundits have commented that NBC execs may have just brought Kelly over to the NBC network to stifle her runaway success at Fox. If she had stayed at Fox she may well have been network President at this point, something no woman has ever achieved at the notoriously misogynist Fox network.