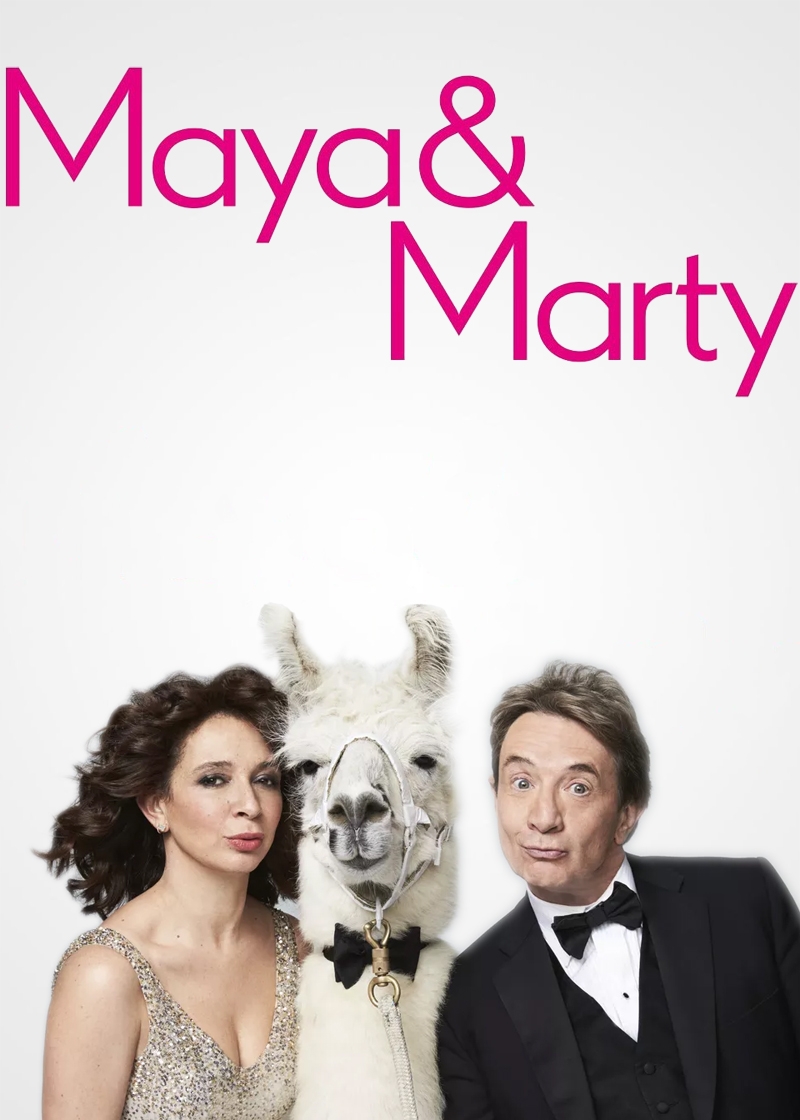 Maya & Marty is a new variety show on NBC starring Maya Rudolph and Martin Short. These comedic performers are both alumni of the NBC sketch show Saturday Night Live, which executive is produced by Lorne Michaels, who also executive produces Maya & Marty, along with much of NBC’s late-night lineup. While these comedians come from different generations of comedy – Martin Short, age 66, was on SNL over the course of 18 episodes from 1984 to 2015, and Maya Rudolph, age 43, was on 150 episodes from 2000 to 2012 – the two share an undeniable rapport. This chemistry was first broadcast to television viewers last year when the two shared the stage for the “Saturday Night Live 40th Anniversary Special,” an ode to Lorne Michaels. While neither of them knew that this was a trial for their own sketch show, it ended up being just that.

You can get free tickets to Maya & Marty by going on an external ticketing website and filling out a short form.

This TV show tapes every Thursday evening at 7PM or 7:30PM.

Maya Rudolph is a comedian, actress, and musician. She has appeared on Saturday Night Live for 150 episodes from 2000 to 2012, and has been in such films as Bridesmaids, As Good As It Gets, 50 First Dates, Sisters, The Angry Birds Movie, and The Way, Way Back. She debuted a trial show for Maya & Marty, The Maya Rudolph Show, in 2014 on NBC. She is also an accomplished musician, and is presently in a Prince cover band called “Princess.”

Martin Short is a comedian, actor, writer, and singer who have been delighting audiences since 1972. His first big break came in 1977, when he joined the Chicago comedy troupe The Second City, followed by his screen debut on Second City Television, or SCTV, from 1982-3. He is famous for his roles in such films as Father of the Bride, Three Amigos, Jungle 2 Jungle, Innerspace, Mars Attacks!, and Inherent Vice. He has also appeared on Broadway several times, winning a Tony Award for his performance in Little Me in 1999.

Maya Rudolph and Martin Short are two of the most exciting performers in comedy today. Furthermore, the celebrity guests are certainly worth tuning in for. For instance, the guests for the first episode on May 31st are Tom Hanks, Larry David, Jimmy Fallon, and Miley Cyrus, who recently joined the NBC family as a new host on The Voice. Both Maya and Marty have musical talents, and thus a major component of Maya & Marty is musical performance. In addition, there are sketches that spoof current events, impressions made famous both on SNL and beyond, topical trends, and celebrity appearances. When asked how their show differs from SNL, Maya responded that she turns to SNL when there has been a news or political event and wants to see their comedic take. Maya & Marty, however, will be more of a party, where people they love – who also happen to be very skilled performers – gather to showcase their talents in a community environment. The show has been compared to classic variety shows of the past, such as The Carol Burnett Show, and yet this is an entirely fresh take for the modern generation. Ultimately, these duo hosting shows all come down to chemistry and personality – both of which Maya and Marty have plenty to share.

Another pilot of sorts for Maya & Marty was the 2014 special The Maya Rudolph Show, when Maya had a shot at her own variety show. Martin Short has also had his own show on several occasions – The Martin Short Show ran in 1994 as a sitcom, and then a show titled The Show Formerly Known as the Martin Short Show ran in 1995, followed by another incarnation of The Martin Short Show from 1999 to 2000. In any case, this six-episode variety show, Maya & Marty, intended to enter the season without much preconception, riffing off the chemistry not only between the two hosts, but also between the celebrity guests who appear each week. In addition, one regular cast member is Kenan Thompson, the long-running SNL cast member, who takes part in Maya & Marty while he is on hiatus from SNL. Maya and Marty is broadcast on NBC and Global TV at 10PM Eastern Time.