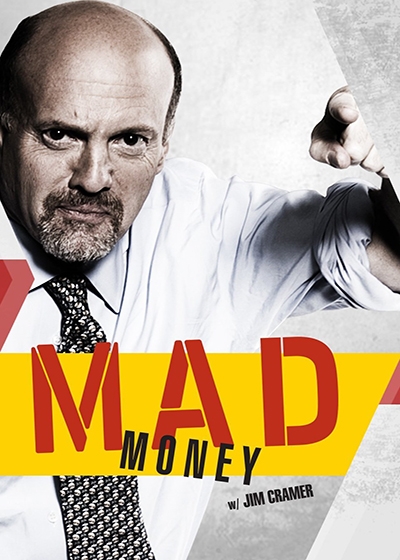 The show is usually shot WITHOUT a studio audience, but they do record some rare special event shows with an audience. With this in mind, buyers should understand that tickets to this show are rare.

When Are Tickets Available?

When tickets to a taping of Mad Money are available, we update this page with announcements of any upcoming audience-invited tapings and tickets.

At this time there are no performances scheduled to be taped with an audience and free tickets are not available.

Mad Money with Jim Cramer tapes at 2PM every weekday in Englewood, NJ. If a market crash, or some other financial issue arises, Cramer is forced to make the start of the show live, or just do the whole show live.

Mad Money is broadcast Mondays through Fridays at 6:00 PM on the CNBC Channel.

You must be at least 14 years old to attend a taping of Mad Money.

Jim Cramer, a Harvard graduate, started his career as a journalist. He later returned to Harvard for his law degree. While in school he worked for notably attorney, Alan Dershowitz While in school he had begun to successfully invest in the stock market and was soon offered a job as a stockbroker with Goldman Sachs. In 1996, he and one of his original clients, Martin Peretz (editor of the New Republic) founded the Street.com, a financial news website.

Mad Money first aired in 2005. Since then he has had many television appearances on a variety of shows. Some include Arrested Development, Martha Stewart, and 60 Minutes. He is not without controversy, as he has been known for his violent outbursts, allegations of market manipulation, and reneging on a television deal with Fox.

CNBC bars Cramer from trading any stocks that he mentions on the show with his personal funds, but he is allowed to trade with his charitable trust.

Mad Money show tapes at the CNBC studios in Englewood Cliffs, New Jersey and is usually shot without a studio audience.

Special Shows That Allow for a Studio Audience

However, there are two types of shows that do allow the inclusion and participation of live studio members.

Back to School Specials

The first type is the "Back to School Specials", where Cramer takes his show to a college or university and broadcasts live with students and special guests being part of his audience.

The second is the Main Event show or special anniversary or theme shows that are taped sporadically.

During these shows, Cramer invites a studio audience of about 150 people to sit in on the filming. Cramer allows his guests to hit the sound affects buttons, make shout-outs to friends, give the guests high fives and also allows them to ask questions about the subject being discussed on the show.

The whole show with a studio audience is an interactive and rewarding experience for both the audience and Cramer, but it is quite exhausting, so Cramer limits the number of shows to a bare minimum.

Cramer has also taped shows focused on women investors and for Father's Day, where he invited children into the audience. The theme for that show was the importance of passing down financial wisdom from generation to generation. As just about all of his anniversaries are taped before a live studio audience, tickets are available from CNBC to see Mad Money, but it is an exclusive invitation.

Cramer, as host, does a great job in making sure the audience (both at home and on occasion in the studio) is awake and quite entertained. The show also has a giant scoreboard that lists the final score of a big game from the night before. Cramer also invites celebrities (who are big fans of the show, of course) into the studio to be on the program. He often has all kinds of celebrities including athletes, movie stars; TV show celebrities make an occasional guest appearance.

The term Mad Money, refers to money that one can afford to use (or lose) in the investment of stocks. The money one should have saved towards retirement, pension, and so forth, is not considered mad money.

900 Sylvan Avenue
Englewood Cliffs, NJ 07632
Directions: Use a car to take GW Bridge to the Palisades Parkway and come off at the Englewood Cliffs exit, but watch for Police on the parkway, who like to give away speeding tickets like candy.
Studio Information