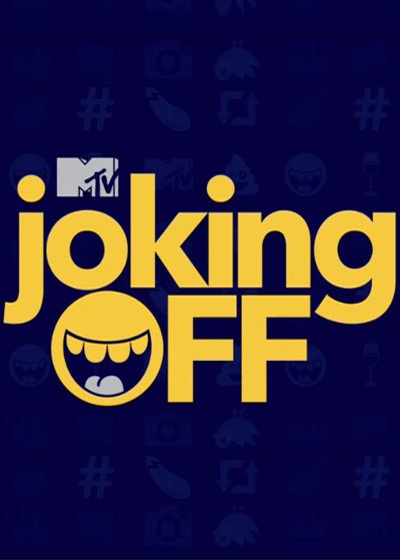 Free TV Tickets For Joking Off

Joking Off is a comedic television program airing on MTV2. The first episode premiered on MTV2 on April 1, 2015. Hosted by actor and stand-up comedian DeRay Davis, this 30-minute program is a hilarious blend of social media and improv comedy. The fast paced program is in game show format, highlighting the most ridiculous tweets, Facebook comments, Instagram pictures, videos, and blog posts from a range of social media outlets. The contestants are divided into three teams, who fight for being the last comedian standing after teams are voted off, or “joked off.”

You can get FREE tickets to this TV show by filling out a short form on the website of the audience management called 1iota. Fill the form by picking your desired show date and amount of tickets (up to 3 tickets).

Joking Off hosted by DeRay Davis, tapes Monday through Fridays. Tapings run for 1 hour and 30 minutes. Joking Off tapes two to three shows per taping session.

Joking Off is aired at 10PM Eastern Time on MTV2.

DeRay Davis is a stand-up comedian and actor originally from Chicago, Illinois. His career first launched after he moved to Los Angeles and won the Comedy Central Laughs Riot competition. He was also a standout performer on the Cedric the Entertainer tour. He has appeared in such films as Barbershop and Barbershop 2: Back in Business, where he played Ray-Ray the Hustle Guy. His other film credits include Semi-Pro and 21 Jump Street. On television he has appeared on such programs as BET’s ComicView, Empire, Nick Cannon’s Wild ‘N Out, Short Circuitz, Hip Hop Squares, and Entourage.

As a studio audience member, you will have an uproarious time witnessing these top comedians competing for the honor of the funniest interpreter of social media. You will see breathtaking improv, genius sketch concepts, and engaging game show elements. You will be allowed to sit in the audience and watch the entire episode play out while clapping and cheering. The host DeRay Davis was quoted as saying that everyone should watch Joking Off, as it will fill a funny void in your life, like sugar in your Kool Aid. If you like light hearted fun and are a fan of social media in general, then this is sure to be a fun time. Furthermore, with a rotating series of guest performers, there will always be someone new and hilarious to watch compete in the series of challenges. Why sit at home and use social media on your computer or smart phone, when you can be a studio audience member and watch successful comedians add another layer of comedy on the already hilarious situations? The show airs Wednesdays on MTV2 at 11pm, 10pm Central time. You can also follow the show on social media using the hashtag #jokingoff, where you can see the awkward photos, hilarious memes, ridiculous gifs, and roast-able photos from the show and its creators.

One of the games featured on the show is “Ok Stupid,” whereby the comedians invent fake OkCupid style dating profiles and make up their own dating interests on Joking Off’s own parody dating site. Another game is “Textify,” where the contestants have awkward text conversations and create improv scenes based on them. In addition, for the game “If They Could Talk,” the comics use funny animal videos and make up hilarious dialogue that the animals might be saying if they could talk. In the final contest, which is a prank call contest called “Call You Out,” the comedians compete head to head to choose the final victor of the episode.

Colby Gaines for Back Roads Entertainment