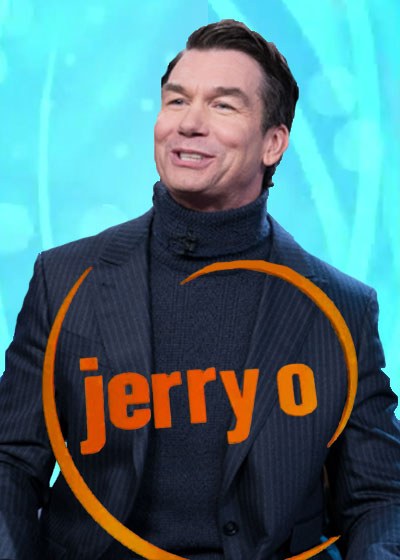 Free tickets to Jerry O' can be requested by filling out a short form on the website.

Jerry O' tapes Monday to Wednesdays at 10:00AM and Thursdays at 10:00AM with another show at 2:00 PM. However, the exact days they tape are often sporadically chosen and there is no fixed taping schedule.

In the NYC area, Jerry O' broadcasts at 10 AM on Fox Networks.

Jerry O’Connell is an American actor who began his acting career at the young age of 11 when he starred as Vern Tessio in the film adaptation of Stephen King’s novella Stand by Me. During his teenage years, O’Connell took part in several TV sitcoms such as My Secret Identity and Camp Wilder, and later accepted the role of Quinn Mallory in Fox’s science fiction show Sliders. Into adulthood, O’Connell starred in a number of notable films including Jerry Maguire, Scream 2, and Kangaroo Jack, which helped the actor build rapport within Hollywood circles. O’Connell’s acting career continued into the 2000’s as he starred in the NBC crime drama Crossing Jordan, and even appeared on Broadway in the 2011 show Seminar alongside the late actor Alan Rickman. As of late, O’Connell has become a talk show fixture, frequently sitting down with Andy Cohen to discuss Real Housewives drama on Watch What Happens Live, and has served as a fill-in host for Wendy Willaims since her health began to decline in 2017.

Jerry O’ gives long-time fans of The Wendy Williams Show a closer look at friend of the show and fill-in host, Jerry O’Connell. On his new talk show, O’Connell maintains a similar TV show format to that of The Wendy Williams Show while incorporating his own personal interests and production ideas. Several ways the show differentiates itself from its competition include, O’Connells immense reality TV knowledge, his skills for reporting on gossip as well as on-the-street remote segments and his in-studio sketches. With Wendy Williams as executive producer, Jerry O’ will entertain longtime Wendy fans and serve as a new television destination for keeping up-to-date on Hollywood news.