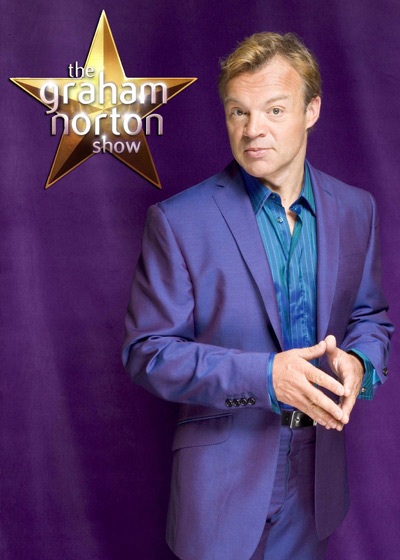 Raised in the Republic of Ireland, the 39 year-old Graham Norton is currently one of the most popular entertainers on British television. The critically-acclaimed Norton has won numerous British Academy (BAFTA) awards, including this year's BAFTA for Entertainment Performer, and an International Emmy for Best Popular Arts Program in 2001. His big break in the world of comedy came in 1997 when he was nominated for the prestigious Perrier comedy award at the world-famous Edinburgh Festival, which led to multiple TV offers and, ultimately, to the creation of the hugely successful "So Graham Norton" on Britain's Channel Four.

This openly gay and brash British import late night talker didn't survive long in the States doing his way-over-the-top gay jokes. Ratings suffered and advertisers pulled out when they had his jokes translated. Graham Norton moved his show back to the UK and went from strength to strength, becoming a top 3 TV show in the UK in 2014.

The Show is broadcast Thursdays at 10:00pm and Fridays at 8:00pm on Comedy Central.

The Graham Norton Effect tapes at 7:30pm Tuesdays at Studio.