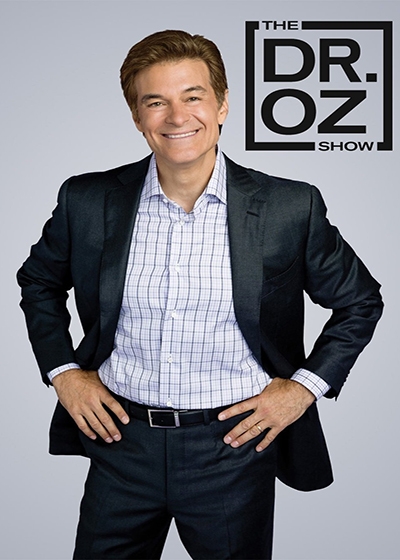 The Dr. Oz Show is a daytime health and wellness talk show. The show consists of interviews with fitness specialists and discussions about the human body.

LATEST NEWS UPDATE:
Dr. Mehmet Oz is running for a U.S. Senate seat in Pennsylvania and the TV show taping is on hiatus until the results of that election.

This decision was preempted by the all the local TV affiliates in the NY/NJ/CT/PA/OH areas banning his show from their airwaves amid claims that having a TV show gives Dr. Oz excess promotion opportunities.

WHEN THE SHOW WAS TAPING:
Tickets are available for taping of the transmitted show on the following taping days:

How to Get Show Tickets in Advance

To get free tickets, you can go on The Dr. Oz Show website, fill out a from and request up to 4 tickets maximum. Group tickets are available but must be submitted on a separate form.

How to Get Standby Tickets

The 'On Call' list at The Dr. Oz Show leans more towards the local fans of the show. If you can't make stand-by tickets or were too late to request tickets for your desired date, someone from the show calls you up if there are any last minute cancellations or if there are some spare tickets.

This list is not keen on having full-time/part-time employees because it is spur-of-the-moment you must be ready at any given time tickets are available. You can find out more about how to join the On-Call List by going on The Dr. Oz Show website or accessing our guide.

Be Sure to Keep in Mind:

Dr. Oz was born in Cleveland, Ohio to Turkish parents, and is married with four children.

The doctor is the founder of the Complementary Medicine Program at New York Presbyterian Hospital, and he is also the founder of Health Corps. Dr. Oz has served in an advisory capacity to many organizations and has been involved in many medical research pursuits.

Throughout his career, he has garnered awards such as the 2011 Daytime Emmy Award for Outstanding Talk Show Host and was in the '100 Most Influential People' for the year 2008 in Time magazine.

Dr. Oz now resides in Cliffside Park, New Jersey with his wife Lisa and his four children have all flown the nest. This leaves him and Lisa with an empty McMansion on the cliff with a large number of monster trees that they planted to block their neighbors view of their pool, but also destroyed the neighbors view of New York City.

The Dr. Oz Show is an hour-long syndicated health-oriented talk show, hosted by Dr. Mehmet Oz, who rose to popularity through guest appearances on The Oprah Winfrey Show. Dr. Oz is not only a practicing cardiothoracic surgeon, but also a professor at Columbia University.

The Dr. Oz Show begins with Oz appearing from behind the audience, and shaking audience members’ hands as he walks down the steps leading to the stage. After an introductory statement, he zips through numerous segments, some of which are re-done due to mistakes (most often not because of him).

The re-shoots make up half the time of the taping session. In each instance, the audience must clap, laugh and show excitement as if for the first time. Some recurring segments are “The Total 10 Rapid Weight-Loss Plan” and “Oz Nation."

Tapings include guest interviews – including that of celebrities, and some portions of a single segment might be pre-recorded. Physical demonstrations and activities also occur in a segment or two. Comedian Richie Byrne makes the audience laugh in between segments.

There might be a couple instances of awkward silence as the sets change for various segments. Unlike other tapings, Dr. Oz hardly interacts with the audience. In fact, he is in constant discussion with a producer or two in between segments. During tapings where an “assistant” is needed, Dr. Oz hand-picks someone from the audience. This is the only form of spontaneity on the show, as everything else is contrived.

The show is the second spin-off hosted by a regular guest of The Oprah Winfrey Show, with Dr. Phil being the first.

During the first four seasons, tapings were held in Studio 6A at NBC Studios. When NBC reclaimed the studio for its Late Night franchise, the show moved to ABC Television Center East in the Upper West Side of Manhattan.

On the show, Dr. Oz discusses alternative health practices, women’s health, medical revelations, and everything health-related in between. Researchers, medical producers and physicians make up the full-time in-house medical unit of the show.

This unit works with Dr. Oz daily, in development and production of the segments that comprise the show. All the products that appear on the show are also approved by this team.

After some products were found to use his name as an endorsement on websites, Dr. Oz began “Oz Watch” to identify the misleading information and stop them before the general public can begin using said products.

The show can be quite controversial, as Dr. Oz tends to push more alternative health methods rather than traditional medicine. In fact, he has received great criticism for this from health experts in various places. With a study backing them, members of the medical community claim that 54% of Dr. Oz’s health recommendations are baseless, with too much reliance on dietary suggestions.

The same study further criticized Oz for rarely addressing conflicts of interest on the show, and urged viewers to be skeptical of any claims made on the show. Oz even drew criticism from the FDA, after telling viewers than an independent toxicology lab found levels of arsenic in apple juice – without differentiating between harmful and harmless arsenic.