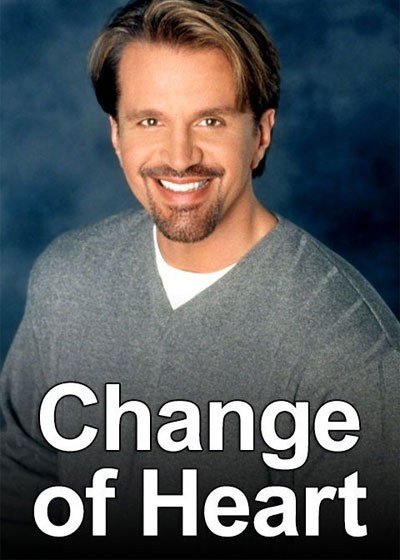 Change of Heart is a dating game TV show hosted by a variety of c -list celebrities that ran from 1998 to 2003. The show put people on dates, got their feedback and then gave the contestants an opportunity to have a "Change of Heart" for cash prizes.

The show is booked two weeks in advance of the taping.

The Change of Heart show tapes on Bi-Weekly basis (That is twice a month to you and me) on Fridays and Saturdays at 11:30 AM and 3.30 PM. That is a whopping four tape days per month with a grand total of eight show tapings per month. It is unknown what they do the rest of the time, we think the hosts and crew try to date everyone who gets dumped.

In the USA the Change Of Heart Show is broadcast on the WB at 1:30AM, 5 nights a week.

You must be at least 21 years old to attend this taping as alcohol is served, too loosen up the guests and audience.

When "Change of Heart," syndicated by Warner Bros. Domestic Television, was "the only game in town," there never was a problem signing up participants for the show, according to executive producer Scott St. John. He and his producers could go to clubs singles joints to pick out prospective "change of hearters" without fear of competition. As St. John explained at the opening day of the Television Critics Assn. press tour in Pasadena on Monday, "You start off as the only game in town and going to these venues, then you see four or five competing shows turning up at the same events."

"Change of Heart's" producers used the opening TCA day to introduce and announce the new host of the show, stand-up comic Lynne Koplitz, who replaces Chris Jagger, who had been host of the show since its launch three years ago. Koplita, a featured comic at several top Manhattan clubs, also will do street interviews. The producers are looking to give "Change of Heart" a new edge with the move east. "The New York shows we've produced the past three seasons have been our most popular," Telepictures Prods, president Jim Paratore said. "The move to New York, combined with Lynne's comedy background, will bring a whole new attitude and flavor to the show."

"Change Of Heart" shifted production to New York in part because "the pool" of suitable TV daters in Los Angeles is running too low. Of course, that was not the only reason for moving the show from Los Angeles to the Big Apple, he said, but it certainly played a big part. Joining the ratings-buoyant "Change of Heart" and competitor "Blind Date" from Universal this season will be Telepictures' "ElimiDate," Universal's "The Fifth Wheel" and Tribune's "Talk or Walk," among others. The producers and hosts of the plethora of relationship strips being presented at TCA all echoed the common theme that their shows will be different and will stand out from the others this season. In the case of "ElimiDate," for instance, executive producer Alex Duda stressed that it had a strong game element that gives it a reality TV edge. "ElimiDate" involves one girl dating four guys (or vice versa) at the same time and eliminating three of the dates in the course of the episode until one winner remains. The show is being produced in various cities to give it a broad appeal, according to Duda. The producers have already shot in Dallas, where every prospective female participant's "ideal date was a 6-foot-4 Texan guy with blue eyes," Duda said. "ElimiDate" will also go on location to Nashville, Boston, San Diego, Washington and San Francisco -- cities that the producers say are chock frill of young, dating singles. This, she said, will also solve the problem of finding young daters in Los Angeles. "The Fifth Wheel" takes a different approach to the genre: It sends two men and two women out on a date, but they "suddenly find themselves joined by an additional person, the 'fifth wheel,' and all bets arc off as they each vie for each other's affection," said Matt Cooperstein, senior vp domestic television at Universal Worldwide Television. The series will be hosted by Aisha Tyler, host of E! Entertainment's "Talk Soup."

The show was syndicated by Warner Bros. Television Distribution