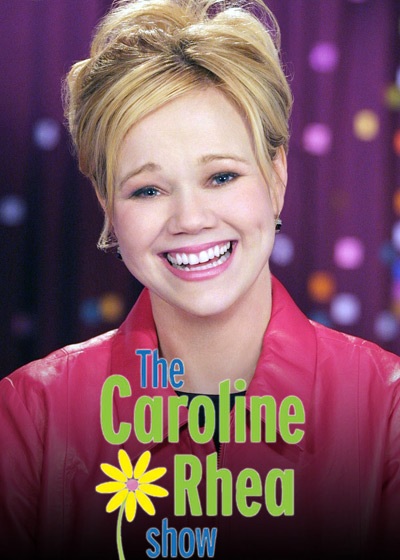 With "Rosie O'Donnell" gone, Disney and Warners are gambling on expensive replacements. Disney's Wayne Brady-led variety show and Warners' "The Caroline Rhea Show" are stumbling over each other for a shot at carrying "Rosie's" torch. Both shows, which will likely cost $20 million each in their first seasons, came relatively late to the marketplace, after many plum time periods were gobbled up. While Warners anointed Rhea its choice to continue the "Rosie" legacy, Disney, which owns many of those time periods, had other ideas. Under the gun to claim the "Rosie" slots on a number of ABC-owned TV stations, Buena Vista TV, Disney's syndic unit, developed "Wayne" with the co-owned stations expressly for those time periods. The end of Rosie marks the first opportunity for BVT to develop a program for ABC stations since the companies were aligned in the mid-1990s. The ABC stations have had no need for anything new in years .Meanwhile, Warners needs to maintain the time periods and marketplace leverage "Rosie's" slots represent for a company that has no co-owned stations. The ABC stations have made deals to carry both shows come fall, but it's unclear if both will make it to air. Among the challenges facing the Brady project: BVT is employing a cash-only, slow rollout launch. It will debut the show only on the ABC stations and selected markets where it can land on top stations and time periods, and will not collect national barter ad revs against the production cost.

The Show does not have a large following yet, so standby tickets are fairly easy to pick up. Mail in requests are no longer accepted for any NBC show in New York. This was brought on by 9/11 and the Anthrax letters that were sent to NBC.

All requests must now be made by telephone or email.

The Caroline Rhea show officially begins taping on September 3rd 2002. There are, however, a large number of preview shows in the build up to that date. It is expected that these early versions of the show will never be aired. The show will tape out of Rosie's old studio in the NBC studios at Rockefeller Plaza in New York. The show is syndicated by ABC.The normal schedule for the Caroline Rhea Show is Monday -Thursday at 10:00AM and one additional show on Thursday at 2:00PM. You may notice that it its very similar to the Letterman taping schedule.

The Caroline Rhea Show was known as the successor to The Rosie O'Donnell Show.The show was taped at NBC's Rockefeller Center Studios in New York City, and was cancelled after just a single season.

Usually the day of taping, a small amount of shows are stored for future use.

Vivacious actress/comedienne Caroline Rhea, who plays the feisty Aunt Hilda on "Sabrina, the Teenage Witch," is a "Hollywood Squares" regular and continues to perform to sold-out audiences in top comedy clubs nationally. Recently, Rhea was named as the successor when Rosie O’Donnell retires from her talk show next year.In 1989, this Montreal native ventured to New York to study the fine art of stand-up comedy. She participated in the stand-up program at the New School of Social Research, but her ultimate training would come at the comedy club Catch a Rising Star. With nightly gigs at New York’s venerable clubs, her status quickly grew and she became an integral part of the city’s competitive comedy scene. After her stint at Catch a Rising Star, she was highly sought after by college campuses. Her career was further boosted by numerous appearances on "MTV’s Half-Hour Comedy Hour," "Comic Strip Live" and "Caroline’s Comedy Hour." With Hollywood knocking on her door, she bade farewell to Manhattan and headed for Los Angeles, where she starred with Jeremy Piven in the television series "Pride & Joy". Her feature credits include working with Jim Carrey in a supporting role in "Man on the Moon," the story of the late comedian Andy Kaufman, and the wrestling film "Ready to Rumble" opposite Oliver Platt, David Arquette and Scott Caan. On the small screen, she guest-starred as Drew’s girlfriend on "The Drew Carey Show" and starred in the television movie "Mom’s Got a Date with a Vampire." She is a regular guest on "Late Night with Conan O’Brien" and has also made appearances on Comedy Central’s "Pulp Comics," HBO’s "Curb Your Enthusiasm" written by Larry David, the Ms. Foundation’s "Women of Comedy from Caroline’s," and "Comic Relief 8." She has hosted her own VH-1 series, "Fool for Love," and Lifetime’s "The Great Lifetime Makeover," executive produced by Geena Davis. In her spare time, Rhea can be found practicing "spiritual twister" (yoga) and out on the greens hoping to score a hole-in-one. The working title of her autobiography, which she hopes someday to write, is I Ate All My Prop Food.