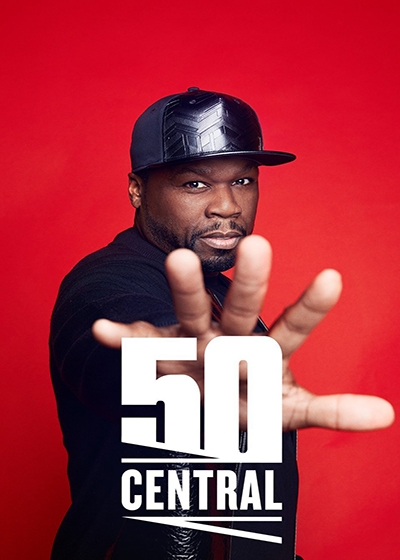 A BET TV show hosted by the rapper, actor and businessman Curtis James Jackson III, who is better known as 50 Cent.

You can get FREE tickets to 50 Central by going to their ticketing website and applying for tickets. You can also get PAID $40 for attending the full taping of the show for that day, but you have to stay for the whole day. If you leave early, you do not get paid.

50 Central tapes two shows a day, Monday through Thursday. The taping times are 1 PM and 5 PM and takes place at the Metropolis Studios. Although the call time is set to these times, we suggest you be there at least one hour before as it takes a while to load the studio.

Due to the content of this TV show, you must be 18 years or older to attend a taping.

50 Cent is a multi-award winning musician, whose many songs include “In da Club,” “Candy Shop,” “Disco Inferno,” “How We Do,” “Outlaw,” “New Day,” and “Street King Immortal.” He also produces the Starz television show Power, as well as the upcoming Crackle show The Oath. As an actor, he has appeared in films such as Get Rich or Die Tryin’ and Spy. He is also a successful businessman whose ventures span a range of entertainment industries.

50 Cent first rose to national renown in 2002, when the rapper Eminem heard his album Guess Who’s Back?. After that, Eminem introduced 50 Cent to Dr. Dre, and facilitated his signing of a one million dollar record deal. Later that year, 50 Cent released his second mixtape, No Mercy, No Fear, which included the track Wanksta, made famous on the soundtrack for Eminem’s film 8 Mile. In early 2003, 50 Cent released his first major album Get Rich or Die Tryin’, which included the lead single In Da Club. Upon its release, that song set the Billboard record for the most radio plays within a week. His next album, The Massacre, came out in 2005 and sold 1.14 million copies in four days, staying at number one on Billboard for 6 weeks.

While 50 Cent's earlier scripted shows deal with the tragic and serious nature of the life he lived before finding success in his rap career, 50 Central is entirely different. It is an interactive and engaging sketch comedy show on BET in which 50 Cent discovers new stand-up comedians, much like Keenen and Damon Wayans succeeded with the early 90’s hit In Living Color. His cast is filled with brand new up and coming “instagram comedians,” which have all received a great following online but have not made it big on TV just yet. Jasmin Brown, Mark Harley and Tristen J. Winger are amongst the several faces bringing 50 Central to life. Thanks to social media, you can get a small taste of what you're going to get, by visiting their instagram profiles and watching their 60 second sketches. 50 Cent is filling big shoes as In Living Color, Saturday Night Live and Mad TV are all inspirations for this project. He also takes in some similar aspects of Wild'n Out, with games and contests. The show has hidden camera pranks, celebrity co-hosts and musical performances. 50 Cent is also surprisingly part of several comedy sketches and we see him in a new light, discovering that there is a jokester behind his bad boy, rugged exterior. 50 Cent ventures outside of music and into the fickle world of comedy and entertainment, the outcome is worth watching.

Since his early music success, 50 Cent has expanded domains, becoming a successful businessman in industries ranging from artist management, to apparel and footwear, to liquor and fragrances, to video games and books, to health drinks and dietary supplements, to film and television production. As for television, his most successful venture to date is the show Power on Starz, a scripted crime series produced by 50 Cent. The show is presently in its fourth season, with a fifth season already announced. Beyond his outstanding music career, in which he has thus far won a Grammy Award, 13 Billboard Music Awards, 11 ASCAP awards,16 Billboard R&B/Hip Hop Awards, 2 MTV Video Music Awards and many more accolades and honors, 50 Cent has cemented his place as a producer of quality television. His first major venture, the Starz series Power, has been a massive hit, already renewed for five seasons and counting. In addition, he has announced another television program called The Oath, set to debut on Sony’s online streaming platform Crackle, which deals with the life of people in gangs and those who teeter on the wrong and right sides of the law, seen through the eyes of Joe Halpin, a former deputy to the Los Angeles County Sheriff. For the first time, 50 Cent in venturing into new territory: hosting a variety show in which he attempts to discover the world’s next great stand-up comedian. Its a modern black reboot of The Ed Sullivan Show and it may just catch on.