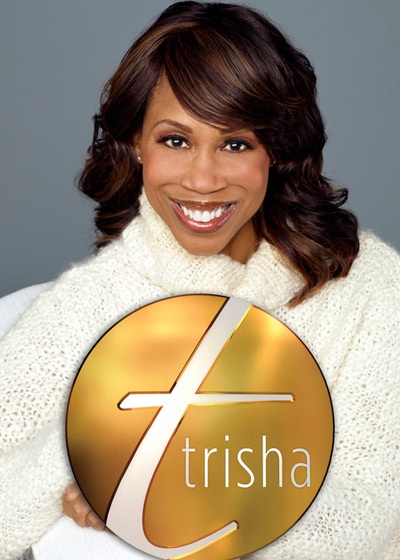 As a frequent guest on the The Maury Povich Show over the last several seasons, Goddard has used her conflict resolution expertise to help Maury's other guests.

Due to her popularity on the Maury Show, Trisha Goddard has also hosted that TV show many times. Now she is hosting her very own TV talk show, which, like Maury's, is based in Stamford, Connecticut, right outside of New York City.

The Trisha Goddard TV show accepts advance requests for tickets for future shows, which can be requested over the internet or by phone. The Trisha Show welcome groups (e.g. colleges, high schools, corporate gatherings, etc.).

Trisha tapes at the Stamford Media Center in downtown Stamford, CT on Thursdays and Fridays.

Free, roundtrip shuttle bus transportation from New York City to Stamford, CT is provided upon request. Arrangements must be made prior to the show date.

The Trisha Goddard Show was a TV talk show starring Trisha Goddard who originally gained notoriety in her native England, but failed to make a name for herself in the US market.

In the US show, Goddard's British success was unable to carry over and NBC cancelled Trisha in 2014, after just two seasons - although it is a wonder how the show lasted that long.

Trisha recorded paltry 0.6 household rating and a 0.04 rating in the demographic of women 25 to 54. Clearly the producers were waiting for the big break in numbers, but it never came.

It will never be known if Goddard could have improved the numbers by doing something outrageous in the vein of Jerry Springer, that could have possibly turned it all around.

The Trisha Goddard Show airs weekdays Monday through Friday. Trisha is a syndicated TV show that is transmitted on different TV stations across the United States at different times, so check your local listings for the exact TV channel and time.

The Trisha TV show is a daytime series distributed in national syndication by NBC Universal Domestic Television Distribution and produced by Stamford Media Center Productions, the very same production team that is behind numerous long-running and successful talk shows, including The Jerry Springer Show, The Steve Wilkos Show, and Maury.

On the Trisha Show, Trisha Goddard aims to help regular people and their families as they try to deal with their everyday struggles and issues. Taking a no-nonsense approach, Trisha covers all kinds of topics that are important to women and will work to help people move past life's obstacles.