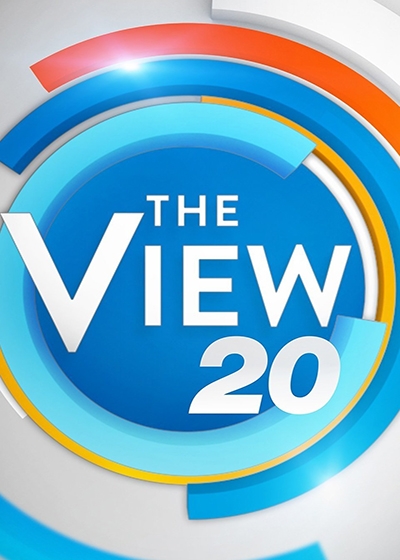 Free TV Tickets For The View

The View is a political daytime TV talk show hosted by a panel of women who interview celebrities, politicians and musical artists about noteworthy events.

Both in-advance and standby tickets are available for the taping of the show.
The taping of this show lasts approximately 1 hour. The schedule is subject to change.

Extra Tapings to Put "In The Can"

Occasionally, there are extra tapings filmed following the live show. These extra tapings may take an additional 30-60 minutes.
This could mean that audience members could be in the studio for up to four hours with no food, water or bathroom.

Tapes the 12 months of the year and usually goes on a summer hiatus for the month of August.

The View is transmitted at 11:00 AM - 12:00 PM Eastern Time and is broadcasted on the ABC Network across the domestic US.

You must be at least 18 years of age to attend a The View taping.

The View is a TV daytime TV show that is hosted by a panel of angry women. The show is mostly made up of debates on many topics of which often get quite heated. The hosts often bring in 1 to 2 guests per show and talk to them about what they are currently working on and current events.

Various Format Styles Depending on the Guest

The show is usually opened by having the co-hosts walking on stage and closed by saying "Enjoy the View."

The moderator gets a jumpstart on the "Hot Topics" and immediately all the other hosts give their input. Aside from segments like "Hot Topics" the hosts will also show clips of viral videos as well as fashion discussions like "Must Have Monday."

The invited guests of the show can range from actors and musicians to political leaders, such as past guests Taylor Swift and Barack Obama. The guest sits in the middle of the hosts while talking to them about similar issues they discuss on the show on a regular basis.

When celebrities come on the show the panel asks them about their projects and they may play some games with them such as trivia or a physical challenge, that gives the show a little energy. When political guests come on the show they attempt to beat them up with their extreme leftist views.

The View is usually hosted by middle-aged women and the show's actual TV audience reflects this.

The time the show airs is also directed towards stay-at-home mothers. As far as the in-studio audience is concerned, current mothers aren't able to leave their children at home with babysitters to see the show, so live audiences aren't exactly chock-full of them.

The audience leans more towards middle-aged or slightly older women, where they already have grown children. The View's younger fans are slim to none, although the women talk about trendy topics relating to pop culture rather than just headline news and politics, the in-studio audience appears that they could just as easily talk about knitting patterns and the weather.

Joy Behar is currently the host and moderator on the show and she brings up the topics to discuss with the other ladies of the show. Ratings of the show are strong in their segment, but critical reviews of the show are mixed due to the cast often having interesting opinions, but are often not factually correct.

In one such case, Sherri Shepherd, a previous host on the show in 2007, insisted that the world may be flat. Other hosts have also made similar ridiculous claims in more recent years.

The show opens with a lively segment called Hot Topics in which the ladies weigh in on a handful of "issues" -- some more consequential than others. The rest of the hour-long program is devoted to interviews with celebrities and with experts on subjects such as health and fitness, as well as the occasional musical or Broadway performance.

The show has waxed and waned in ratings over the years and each season it is touted may be its last. but the show always seems to be able to continue on despite lackluster TV ratings and poor critical reviews.

Noteworthy Dates For The View: