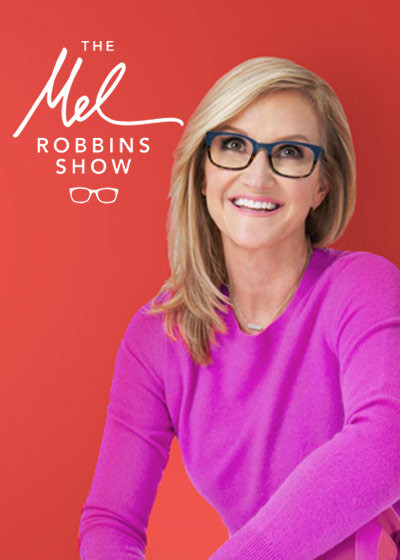 You can reserve tickets to The Mel Robbins Show online in advance of the show.

The Mel Robbins Show's taping schedule varies week by week, but generally tapes on Tuesdays, Wednesdays, and Thursdays. Each day there are two episodes recorded at 9:15 AM and 1:15 AM, so the show can air every weekday.

This inspiration-focused talk show announced the end of its production while still in its first season in 2019. It barely scraped into January 2020 and then completely shuttered production. Robbins is best known for her best-seller The 5 Second Rule but she will not be remembered for this show that failed to get ratings and any fan following.

The Mel Robbins Show broadcasts five days a week on weekday mornings at 11AM on CBS.

Mel Robbins graduated from Boston College Law School in 1994 with a Juris Doctor degree in law, and quickly began working as a criminal defense attorney in the war torn streets of Baltimore, Maryland. After several years of criminal justice experience, Robbins then transitioned her career from the law to television.

She became the host of the 2009 Fox reality show Someone’s Gotta Go and then the host of 2011’s A&E family therapy program, Monster In-Laws. In 2011, Robbins also launched her motivational speaking career after the success of her TEDx talk, “How to Stop Screwing Yourself Over”.

In 2013, Robbins fused her experience in law and television together and became a legal analyst for CNN, where she gained notoriety for her coverage of the controversial George Zimmerman trial. Her 2017 book, The Five Second Rule: Transform Your Life, Work and Confidence With Everyday Courage, became the sixth most-read book on Amazon and was named Audible’s Book of the Year in the Self-Development category.

In 2019, Robbins became the most booked female speaker in the US and has brought her motivational speaking skills back to television in her syndicated talk show, The Mel Robbins Show which was a dismal failure.

In her self-titled daytime talk show, Mel Robbins utilizes her life coach and motivational speaking skills to positively impact the lives of her viewers. Through her direct advice and life strategies, Mel Robbins inspires her audience to overcome the daily challenges that life throws their way.

The show serves to answer difficult, yet fundamentally human, questions like “What holds people back from success?” and “What does it take to live a meaningful life?”, though audience questions, real-life examples, and meaningful discussions.

Robbins attempts to fill the TV void left by shows such as Oprah, Sally Jesse Raphael and the Gordon Elliot Show.