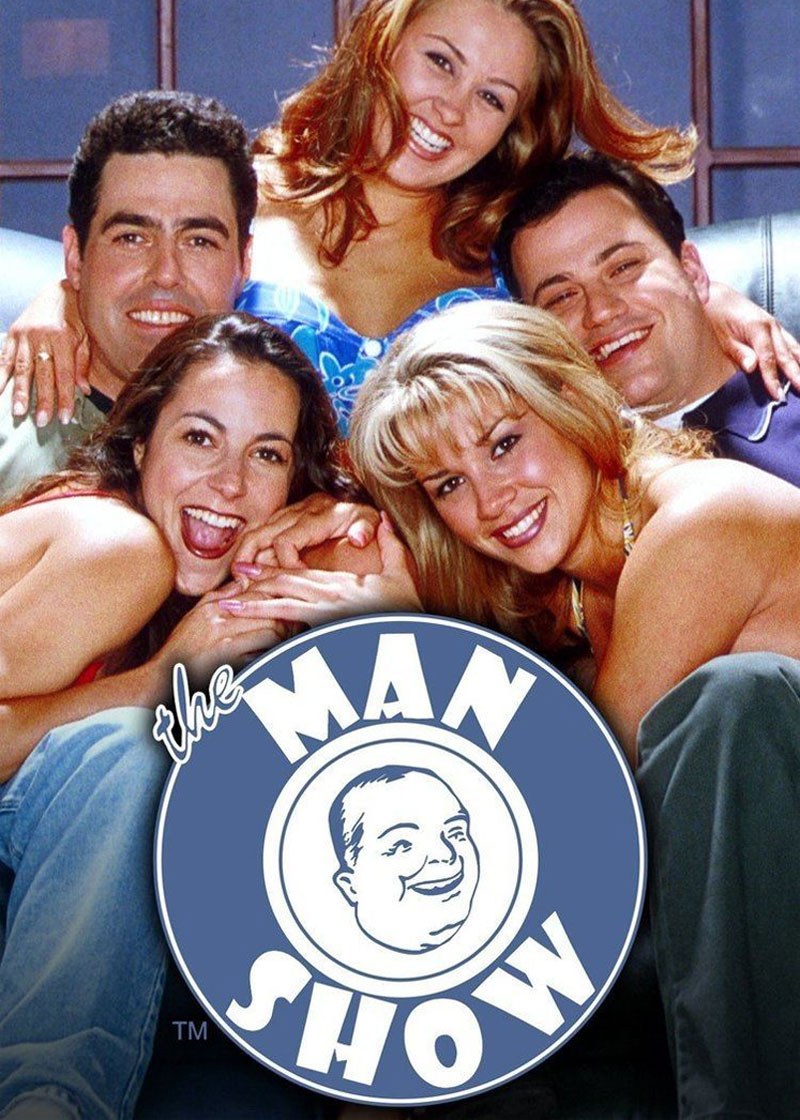 The Man Show is an unapologetic look at things men like, do and think.

Hosted by Jimmy Kimmel ("Win Ben Stein's Money") and Adam Carolla (MTV's "Loveline"), "The Man Show" had its debut on June 16 2001 at 10:30 p.m. (ET/PT) immediately following "South Park" on COMEDY CENTRAL, the only network bold enough to put this crap on.

Free tickets to the show are available

The show tapes 2 shows daily at 11AM, Monday through Friday

The anti-Oprah show aired from 1999 to 2004 on Comedy Central and was originally co-hosted by Jimmy Kimmel and Adam Carolla. The show surprisingly managed to pull off blackface without any public outcry, but finally wore out its welcome when there was a management change at Viacom, the parent company of Comedy Central.

Network television has created a mythical "man" - the beer-swilling, football-crazed, mother-in-law-hating imbecile characterized on shows like "Married With Children" and "Men Behaving Badly". "The Man Show" is hosted by real men - men who enjoy nothing more than watching chicks bounce on trampolines.