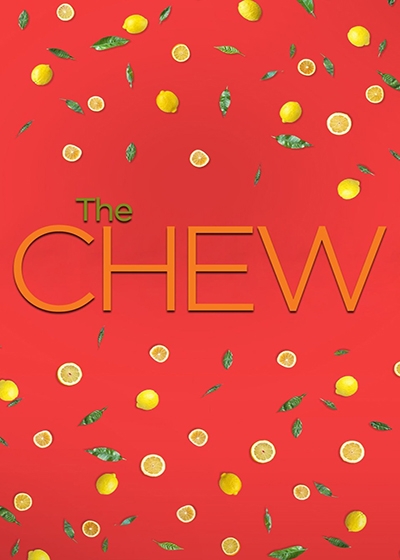 Free TV Tickets For The Chew

Foodie-mania came to daytime TV in the form of The Chew, which airs daily at 1PM on ABC, just in time for lunch to make everyone feel hungry.

The show which focuses on cooking and health/wellness. This implementation of the show marked the death of ABC's daytime TV soaps as The Chew replaced popular TV soap operas All MY Children and One Life To Live.

It was watershed time that marked a painful transition for TV programming and production that was forced to shift gears to lifestyle programming from traditional lunchtime drama.

The audience coordinators at The Chew give out in-advance tickets and standby tickets on the day for The Chew. They do not allow groups bigger than four people and tickets are always free and cannot be sold, even though some enterprising people have done so on Craigslist. Although selling the tickets is not a crime in NY State.

The Chew tapes Tuesday, Wednesday and Thursday, taping two shows a day, putting six shows a week into the bag- which gives them the ability to stash some shows so that they can take a week vacation, for example Presidents week etc.

Because the show does not usually contain any content or material that is too time sensitive (like breaking news or up-to-the-minute updates), the show is able to record a lot of shows well in advance and air them over time.

For example the Christmas show is recorded in late November and most other shows are recorded a couple of weeks in advance. During this time off, the celebrities usually do another TV project, that is not part of the show.

Mario Batali gets investigated by the NYPD and ABC just pulls the plug. The hole matter does not sit well with their family values and there are too many stories coming out of The Spotted Pig

You must be at least 14 years old to attend a taping and sign a release form if under 18.

At this show it is very important that you look good, because the production staff will stripe your ticket to indicate what they think about you as an audience member suitable for an on-camera appearance. This will make-or-break whether your show experience will be great or just OK, as the stripe can open up many doors for you.

There is some waiting in the holding room while they determine your status, but they do supply water and granola bars.

This show often over-hypes its audience by making people stand, clap, cheer, smile, dance without any reason (or music), just to see if they look good on camera or not. After doing fake laughing and clapping a few times, the audience starts to get restless and the director is forced to move the show along. They play great music at this show, keeps everybody in good spirits in between takes, some of the stars dance in the aisles with the audience in between takes.

They sometimes supply fun costumes for the audience to wear. On the downside, the show often treats the stripe-impaired audience members like cattle and places them in poor viewing positions, provides little access to the stars and the games. Some of the hosts will stick around after the show for photos and autographs. Do not bring books for Mario Batali to sign because he does not stick around to see fans. He clearly does not like them.

The Chew is produced by long-time industry authority figure, Gordon Elliot, who pioneered the TV talk show format and the talk format production model way back in 1990's with The Gordon Elliot Show. Elliot's show was shot on Ninth Avenue in Hells Kitchen, New York, when that area of town really was hellish.

The Chew was first aired on September 26, 2011 as a spin-on from The View, its cousin in the ABC family of new shows at the time. The Chew was pitched up against another ABC daytime lifestyle show with a slightly different time slot, but similar format, The Revolution.

The Revolution was another lifestyle program, but had had a more serious tone. The show featured Ty Pennington, Harley Pasternak, Dr. Jennifer Ashton, and Dr. Tiffanie Davis. This show had problems of its own with another TV show on NBC with a very similar name Revolution, but The Revolution was cancelled after 3 months on the air and the final show aired July 6, 2012.

The Chew is hosted by celebrity chef Mario Batali, popular Top Chef contestant Carla Hall, What Not To Wear co-host Clinton Kelly, Iron Chef America star Michael Symon, and best-selling author (also daughter of Dr Mehmet Oz) Daphne Oz . The co-hosts share their love of food on The Chew, offering cooking demonstrations, recipes, entertaining tips, the latest on hot restaurants and more on this lively lifestyle program. The Chew broadcasts weekdays at 1:00 PM and runs for an hour with TV commercials on the American Broadcasting Company (ABC) and other affiliates.

The Warm Up Comedian:

It is important that the warm-up comedian gets the audience into the right mood before taping, as it makes the production seem much livelier and interesting. Yelp reports that the comedian JC Hendricks was not very funny on this show (and actually insulted the show guests). RC Smith, on the other hand, has had much better reviews and he makes the experience of watching a TV show taping a great deal of fun. He brings over six seasons of experience from The Rachael Ray Show and many other accolades as the warm-up guy on TV shows in New York City.

Pictures and Autographs With The Hosts After The Show:

In line with many other New York TV shows, the big celebrity on the show often has no interest in taking pictures or talking with the audience during (or after) the show. Most of the hosts at this show at least thank the unpaid audience for coming afterwards; some of the hosts even took pictures with audience members. Mario Batali has no interest in staying around and is regularly gone the second the cameras stop rolling. It seems that Mario is the only one with the big ego on this show.

How To Get The Right Stripe On Your Ticket:

When audience members go to see The Chew it is imperative that they dress well and are well groomed. The production staff separate the good looking people from all the others early on in the crowded holding room, where people are forced to wait for over an hour and drink water and eat granola bars. During this time, show producers are picking out who they want in front of the camera.

Depending on how you look, your tickets will be marked with a stripe. If it's green, you are going to seated at the back, off camera, but if its orange then you are going to be a VIP. If you are lucky enough to get the orange designation you are going to get close to the stars, be featured in on-camera games and have a chance to be at the tasting table where you are able to try all the food that the hosts create and are in every shot.

We have heard about people getting the green stripe (or even worse no-stripe) and then just leaving the TV studio because their show experience will be sub-par. Orange stripers also get the opportunity to win cooking implements and other giveaways. Did we mention how important it is to be orange-stripe VIP? It is a completely different experience from the hum-drum green striper or even a no -stripe experience, so you should shoot for the stars.

Noteworthy Dates for The Chew:

September 26, 2011: Premier of first episode and first season of The Chew

September 25, 2012: On the the first anniversary the team published the show's first cookbook, The Chew: Food. Life. Fun.

August 1, 2018: ABC Cancels the show, due to falling ratings and the Mario Batali investigation