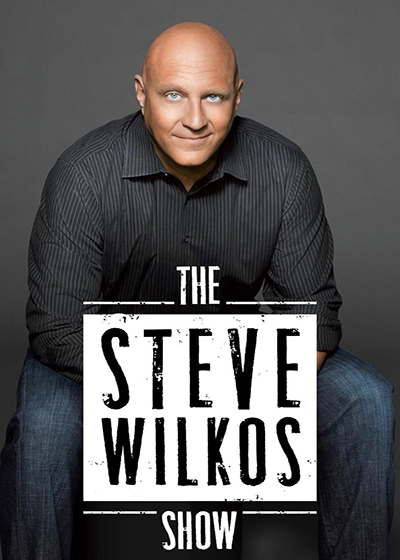 The Steve Wilkos Show is a daytime relationship problem resolution TV show. Wilkos is not afraid to get physical with his guests when conflict arises.

You can get FREE tickets to be in the audience directly from the show. No transportation to the studio is provided.

You will get paid $60 per day per person in cash to see this show. On-Set Productions is an external production company that will pay you attend this show. You cannot leave this show and must stay to the very end to get paid. Only persons signed up through their organization will be paid. Attendees who get tickets directly from the show are not paid.

The Steve Wilkos Show tapes Tuesdays & Wednesdays at 10AM and 2PM.

The show is also re-broadcasted in Puerto Rico and The Virgin Islands. In other TV markets, the show may be shown on other channels and at other times.

There is a minimum age of 18 to attend this show.

Born and bred in Chicago, Steve Wilkos is a former Marine who went on to become a police officer in his hometown. When the Chicago-based Jerry Springer Show began getting increasingly violent (notably when the Ku Klux Klan appeared on the program), the show decided to hire off-duty cops for security, and Wilkos was among those hired. Steve Wilkos eventually became director of security on the Jerry Springer Show, and even became so popular with Springer audiences that he started filling in as host when Jerry was away, doing his own special "Steve to the Rescue" shows.

The Steve Wilkos show is much like the original Jerry Springer show, with much chair throwing, out-of-control teens, who is the baby daddy and all other forms of the low-road daytime TV format. Where Steve Wilkos differs from Jerry Springer is that when trouble was brewing on stage, Jerry got-the-hell out of there, but Steve Wilkos gets right-in-there, sorting out the trouble in a firm but gentle manner, until his patience gets tested and then he gets mean. You don't want to cross Steve Wilkos. He was Jerry's bouncer so he knows how to control out-of-control guests. He does not play around.

The show is a fun way to spend a morning and/or afternoon and has some high spots on the show, especially with the warm-up comedian before the show begins and after the show, where Steve will give autographs and take pictures with fans. The production and taping is a little drawn out, so may take a couple of hours to tape just one show, especially if stage guests are being difficult - either they won't come out on stage or are making other ridiculous demands. Lunch and snacks are included and the TV studio is located in Stamford, Connecticut, but is relatively easy to get to via free bus or via Metro North.

In 2007, Steve Wilkos finally got his own syndicated daytime talk show. The Steve Wilkos Show is in the mode of The Jerry Springer Show, often featuring guests in dysfunctional relationships, who Wilkos tries to offer helpful advice to. He also deals with violence-oriented topics, such as gangs, guns, and domestic abuse. At six foot three inches and two hundred and eighty pounds, Wilkos is a formidable figure on stage at the show and although he manages the show well, things often get out of control as they don't let their guests sit down. Steve has been head-butted, hit in the head by a metal bowl and attacked on stage all during the taping of the show.

The external production company provides a free bus ride from New York City for this show. The free bus is only for the Wednesday show and leaves from East 57th street, NYC at 9 AM and returns to NYC at 5PM. For the other tape days, you have to get there by yourself, as no bus is provided, but the studio is not far from the Stamford railroad station, via cab.

Although Steve Wilkos usually does a great job of handling his out-of-control guests, in a show in Feb 2013, Wilkos had a particularly bad group of guests on the stage for the show "My Daughter Tried To Poison Me". At a critical moment an argument erupted where mama-bear lost it and threw a metal bowl at Steve Wilkos's forehead. Wilkos needed 11 stitches and the show taping that day was cancelled. Assault charges were not filed against the guest. Wilkos chalked it up to occupational hazard, but the show was never aired.

June 2012: Announcement of show renewal until 2016 by NBC Universal

Jerry Springer and Carol Shook have appeared as themselves on the show as special guest stars.