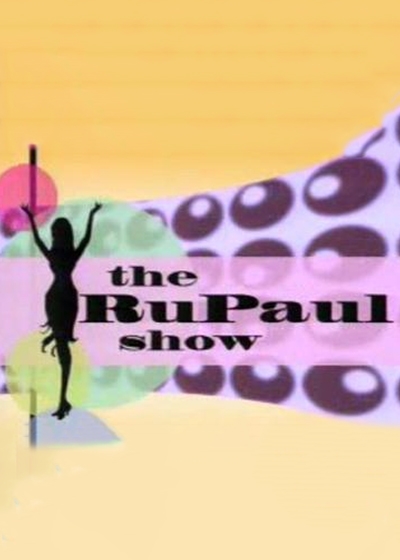 Hosted by the infamous drag and openly gay performer RuPaul, the talk and variety TV show had many famous musical guests and interesting interviews.

The show tapes at 11AM each weekday

The show is broadcast at 10PM nightly on VH1

In the wake of Mondo New York, some videos by the B-52's and various episodes of Geraldo, the success of the former RuPaul Andre Charles comes about as much a surprise as Peter Gatien's drug bust.

Someone from that underground nightlife E-lect known as club kids was bound to parade their fabricated personalities in front of the masses and RuPaul arrived there with a perfect blend of warmth and camp, cradling middle America in the bosom of black motherly sentiments while tapping into the sassiness that is part of drag's legacy.

And because she trafficked in non-threatening image concoction, she's been able to sashay/shante easily through practically every facet of today's media. The occasion for this interview, for example, was the release of her new album, "Foxy Lady" (Rhino). While it's more eclectic than "Supermodel of the World," moving from slow jam to faux flamenco to Miami bass to the attitudinal collage of the title track, it leans too heavily on her trite "Everybody say love" philosophy.

And even though "If You Were A Woman And I Was A Man" is a cute twist, it's downright polite compared to the debut's "Supernatural" - still her greatest song, a classic to that can almost stand up to such gender f******-up milestones as Prince's "If I Was Your Girlfriend" and the Raincoats' cover of "Lola."

But the real point here is that there's no reason to believe her career is over if the rest of the world shares my opinion on her musical shortcomings. Her autobiography, "Lettin' It All Hang Out," is now in paperback. She's appeared in about half a dozen films, most recently Fled and A Very Brady Sequel.

Her contract as spokesqueen for MAC cosmetics has also been renewed. She hosts the morning show for New York radio station WKTU and VH-1's Party Machine. She has her own talk show, The RuPaul Show, also on VH-1. So, who cares if she's clogged up the arteries of the Tunnel with a diluted brand of outrageousness? That's still a gay black man underneath the glitz and his success is a success for us all.