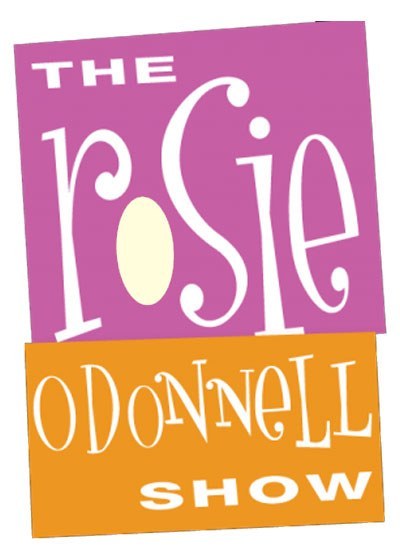 The show tapes at 11AM every weekday

Rosie's TV show was a hit for six seasons until she quit to do more important things, like raise a family, create the Rosie Gay Family Cruise, and then co-host The View for one mindless season. Her varied career post 'view' continues to flourish.

After an amazing six year run Rosie said finally said good-bye on May 22nd 2002 to all the fans of the hugely popular Rosie O'Donnell Show. Rosie had occupied the moral high ground in the long-running daytime talk-show wars with her favorite topics: Broadway, children, extended families and charitable works, people and organizations.

Even Tom Selleck would have shed a tear to see this last great bastion of decency go the way of Seinfeld and Michael Jordan - Leaving at the top of its game.

The show is broadcast at 11AM each weekday

The show format was one of comedy first, but show content always included Broadway, children, extended families and charitable works. Rosie hit up everyone for comedy and fun at her namesake show. Broadway got a great reception at her show and she allowed extended production numbers from Broadway shows which were often seen as too time-consuming on other daytime talk shows.

Famous for giving away Koosh balls and even developing an automated Koosh ball projecting devices in the ceiling, O'Donnell kept the show light-hearted and fun. Each show would be introduced by a random member of the audience at the top of the show. Another popular segment was "Kids are Punny" which was funny things that kids have said - was later made into a book.

Queen of Nice Was Not Accurate

Early on O'Donnell was dubbed "The Queen of Nice", but that was far from the reality. By the time O'Donnell made it to The View, she was the "Queen of Mean" and her later run-ins with Donald Trump did nothing to dispel that impression.

Rosie has done for Broadway what Oprah Winfrey did for books, so it was just fitting that John Lithgow, star of "Sweet Smell of Success," gave her a present on behalf of every show and theater on Broadway at her final show.

The last "Rosie O'Donnell Show" opened and closed with prerecorded tributes, although everything else was Live. The opener had Broadway stars and companies singing a salute to their biggest media benefactor; the closer had Tom Cruise, O'Donnell's "favorite human," mowing her lawn and offering her a glass of lemonade.

In between were guests Nathan Lane and Christine Ebersole, a lengthy film montage that mixed show highlights with personal and backstage footage to the tune of "Both Sides Now" and salutes to the host's everyday heroes, without whom, she said, her show "just would have been celebrity chat." - which is something that she never wanted it to be.

Not that there's anything wrong with that. Lane, joking with O'Donnell about her recently revealed but poorly kept lifestyle secret, told her, "First of all, I didn't know you were gay. I would have looked for you at the meetings. " It was a day to give and receive gifts. Not just the ones that could be wrapped either.

O'Donnell gave precipitously; Donna her dresser and Joey her warm-up guy came up on stage and received the Emmys she recently won. Then she gave Joey a fishing boat, Then Donna a PT Cruiser and rounded it off by giving everyone in the audience a good-bye bags that contained - yes - Tivo 2's - the world's greatest invention.(Or so they say).