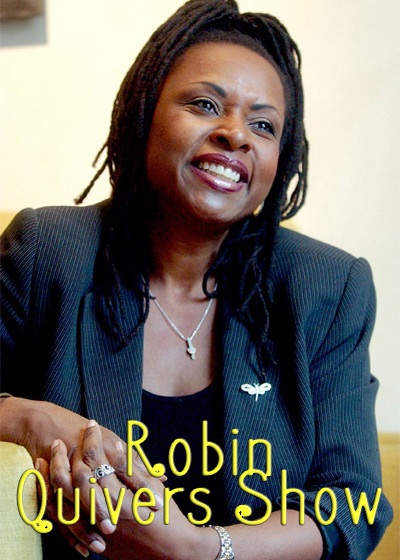 This TV show was canceled before it even shot an episode. This show was Robin Quivers' insurance policy in case her switch to Sirius radio with Howard Stern failed. In the end, she didn't need the insurance and the TV show was never to be seen by anyone. She later was diagnosed with cancer, but is now a cancer survivor.

The Robin Quivers TV Show in scheduled as a standard yakker format that will air in August 2005 in New York. One of the biggest problems with a new TV talk show is the lack of A-List celebrity bookings that the producers can attract. It appears that the Robin Quivers TV show will not suffer this problem because it is expected that she will leverage relationships forged though the Howard Stern show with key celebrities like Ozzy Osbourne and family, Chris Rock, Nicholas Cage and David Letterman. Even Howard Stern has offered to be her first guest, though he also predicts he will also be her last, on the same day.

It is expected that Robin Quivers will not skirt the issues, but openly discuss many of the personal issues that have had a dramatic affect on her life, specifically Robin Quivers has had problems with weight loss and diet issues - One such event lead to a 60 pound weight loss in just 8 weeks that led left her hospitalized and close to death. Ms Quivers has also made no secret of being unable to commit emotionally to Mr X (Her long-term anonymous partner) It is unclear if ms Quivers will attempt to promote the "cleanser master" product that she has sponsored on the Howard Stern Show.

Heavier "television phobic" issues such as abortion, molestation and childhood rape are expected to be discussed as Ms. Quivers has had personal experiences with each of these and has been vocal about such issues on the Howard Stern Show. Sony Entertainment has not determined how they will able to air such subject matters in the current climate of FCC curbs on speech on the public airwaves.

Before her amazing rise to fame through the Howard Stern radio show, Robin Quivers started as an Air Force nurse based in Dungaston FL, achieving a rank of captain when, In 1980, after an honorable discharge after 7 years service in Korea and a bit part in MASH, Ms Quivers began her fledgling radio career on a complete whim.

Quivers started out with local weather reports and odd jobs around the radio station KPMG in Boston. In 1981 she joined Howard Sterns show to read the news section. Critical and popular acclaim followed shortly for both of them.

When the Howard' Stern Show moved to Sirius Satellite radio in January 2006, Ms Quivers stated that she will continue with the show but bring focus to her own TV career by launching her own TV show. It doesn't seem possible that she can hold down both jobs so many see her potential success on her as the opportunity for her to break up her double-act with Howard.

If both their new careers should fail, however, they could easily regroup to bring back the old magic. Pundits agree that both moves for Howard and Ms. Quivers are risky, but the benefits are too strong to ignore.