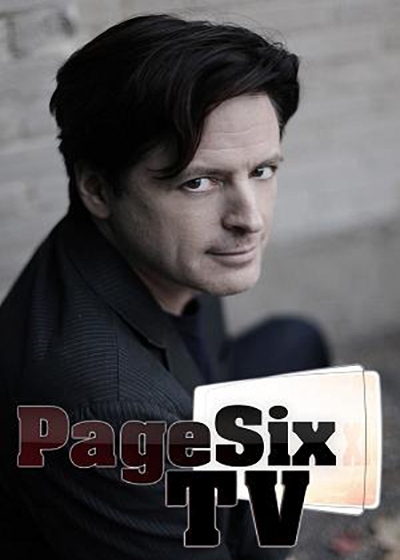 Page Six TV is a daily gossip show, that gives viewers a firsthand look into the latest celebrity news in the most outrageous and provocative manner.

You can get FREE tickets to this show by going on Page Six TV's website and filling out a short form containing your desired dates as well as two other choices just incase your first date is not available due to an unusual high volume of requests.

Page Six TV is transmitted at 7 PM Eastern Time on FOX Channel 5 in the tri-state area.

You MUST be at least 18 years old to attend a taping with a valid ID. There may be some suggestive language.

John Fugelsang is an actor and comedian best known for the CBS drama CSI. All four co-hosts have extensive experience interviewing celebrities on television and in print, and all have unique insider access to the celebrity gossip beat.

Carlos Greer is a senior reporter for the Page Six gossip column in the New York Post.

Elizabeth Wagmeister is a journalist who has reported for Variety magazine.

The four co-hosts come from varied backgrounds and each brings a unique angle to their celebrity beat. Carlos Greer comes to Page Six TV after serving as a writer for the New York Post, where he is a senior reporter for the Page Six gossip column. Relying on top industry sources for his latest scoops, he focuses on pop culture, music and society gossip. Among the many A-listers, Greer has interviewed Janet Jackson, Justin Bieber, Kim Kardashian, Jennifer Lopez and Madonna. Elizabeth Wagmeister joins the hosting panel following her career as a journalist in the L.A headquarters of Variety magazine. With over 30 million YouTube views on her videos, Wagmeister has covered every red carpet from the Oscars to the Teen Choice Awards and has interviewed celebrities from Helen Mirren to Chelsea Handler. Bevy Smith is a New Yorker who formerly moderated Bravo’s talk show, Fashion Queens. She has served as a pop culture commentator for countless shows, from Good Morning America, The View,Dr. Oz and Access Hollywood. Finally, John Fugelsang is an actor and comedian best known for the CBS drama CSI. He also hosts “Tell Me Everything” on Sirius XM radio, and has interviewed top musicians, including George Harrison’s final television appearance.

As is fitting a show derived from the New York Post gossip column, and the Page Six television show approaches the celebrity news with classic New York cynicism. Page Six TV incorporates a panel chat format which is not scripted, as it is a news show that follows the latest gossip to come across their desks. Beyond the celebrities of Hollywood, this show makes anyone famous fair game, including stars of sports, politics, real estate, and fashion. With a signature edgy style, this show doesn't just report gossip; it turns them inside out with uniquely qualified insider information. The show is streaming on Hulu, in addition to airing in syndication.

When the show launched in September 2017 on WNYW Channel 5 at 7:00pm Eastern time, it brought in the best overnight ratings for any show launched from a magazine in its time slot in a decade. In its first week, it was the best rated new syndicated show among the core daytime demographic of women aged 25 to 54, competing among the likes of Jeopardy! and Daily Mail TV. The show is led by four main hosts: Carlos Greer, Elizabeth Wagmeister, Bevy Smith, and John Fugelsang, in addition to frequent appearances by “Page Six” editor Emily Smith, and deputy editor Ian Mohr. Furthermore, there are occasional “Plus One” guests who co-host along with the regular hosts. For instance, early guests included Craig Robinson and Terry Crews.