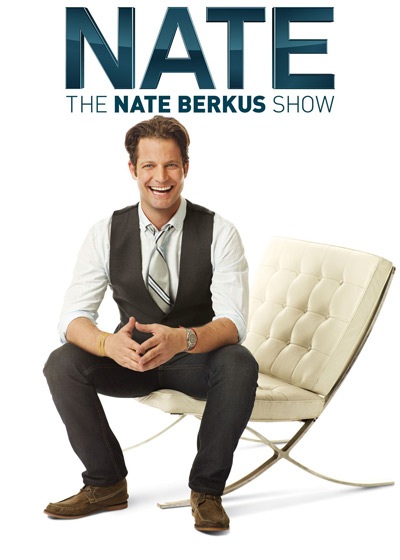 Oprah's favorite designer, the talented and handsome Nate Berkus, charmed his way into the hearts of many Oprah Winfrey Show viewers, and now Nate is getting his very own daytime TV show, The Nate Berkus Show. Like many daytime TV talk shows, the Nate show will feature celebrity interviews, but the emphasis will be on design segments and lifestyle advice. The program debuts in September 2010, and then airs each weekday in syndication across the country.

The Nate Berkus TV show does not accept postal requests for advance tickets. Advance tickets for future shows can only be requested over the internet. You can only request up to 4 tickets to a taping of The Nate Show.

The The Nate Berkus Show tapes Tuesdays, Thursdays, and Fridays at 10AM and 2PM.

The Oprah Show alum shared his designing expertise in an upbeat daytime format for awhile, but ultimately the ratings weren't good enough to keep him on the air. The show was set to replace The Bonny Hunt Show, but struggled with ratings as NBC's daytime programming can best be described as lukewarm, with few exceptions.

The Nate Show attracts Oprah fans who fell in love with Nate on The Oprah Winfrey Show, as well as audiences who have a particular interest in design but also enjoy the daytime TV format.

Nate Berkus is an openly gay interior decorator who owns his own Chicago-based design firm, Nate Berkus Associates. Berkus is the author of the book Home Rules: Transform the Place You Live into a Place You'll Love and he sells his personal line of items at the housewares and home decoration chain store, Linens 'n Things.