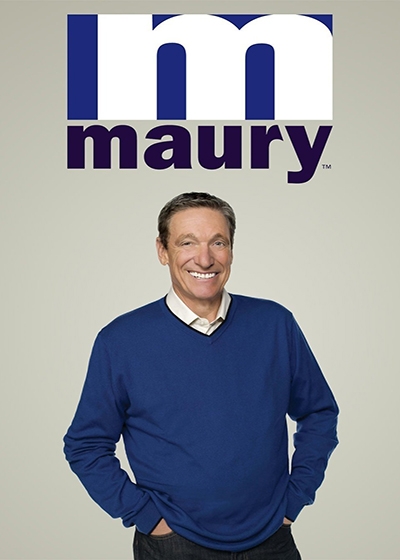 The Maury Show is a daytime/tabloid TV show that brings in guests who share private issues or reveal secrets that often lead to polygraph or DNA tests.

There are few tapings left for the final tapings of the show as we move towards September 1, 2022 when Maury will have his final show before retirement.

You can still get tickets directly from the show, but they are less available now. No transportation to the studio is provided.

There are a variety of ways to request tickets, you can email the Maury TV show, fill out an online form on the show's website or call the TV show directly.

You will get paid $50 per day per person in cash to see this show. On-Set Productions is an external production company that will pay you attend this show. You cannot leave this show and must stay to the very end to get paid. Only persons signed up through their organization will be paid. Attendees who get tickets directly from the show are not paid.

The TV show provides a free bus ride from New York City for this show. The free bus is only for the Wednesday & Thursday shows and leaves from 125th street, NYC at 7:30AM or 3:00PM depending on the show. For the other tape days, you have to get there by yourself, as no bus is provided, but the studio is not far from the Stamford railroad station, via cab.

The Maury show tapes Thursdays and Fridays at 10AM and 2PM

After 31 years of broadcasting teen pregnancies, mysterious illnesses and his now trademarked line “Who is the Father” segment, Maury Povich is finally going off going off the air in September 2022.

The last few months of the show will show original shows, but most were taped months earlier in 2022. Povich, who is now 83, plans to retire and live in the Bahamas. Povich was ready to retire in 2016, but NBCUniversal asked him to continue the show for a 6 year deal that came to $42 Million and he just had to say yes to that kind of money.

Original episodes will still run through to September 2022. From there on, reruns of Maury will air in syndication. Tapings until then will be sporadic as he only needs to get a certain amount in the can for him to be done completely.

In the New York area, The Maury Show is transmitted on channel 11, weekdays at 10:00AM and 4:00PM. In other TV markets, the show may be shown on other channels and at other times. The Maury Show is syndicated across the domestic United States. The show is also sold in European and Asia Pac markets.

Maury Povich is retiring, with the last original episodes of “Maury” set for broadcast in September, 2022 after 31 years on the air. NBC Universal confirmed the impending exit of the 83-year-old Povich on Monday.

Old episodes are likely to live on in some form, however, with the company saying that “the show has thousands of lively, entertaining and dramatic episodes that will continue to be successful in daytime for years to come.”

His show hit upon a successful formula many years ago and has stuck with it: using tests to reveal, on the air, the father of babies where paternity is in question or lie detectors to see if a spouse is cheating or not.

The Maury Show is a wild ride of oh's, ah's and ghastly gasps that combines serious situations with over-the-top guests. When arriving at the studio, the producers tell the audience to overreact to everything that is said on stage. It turns out that this request is unnecessary as the guests that come on the show talk about such crazy life situations that the audience does not need any additional reaction coaching.

Maury opens the show with a live view of a guest accused of being either a dead-beat father, an uninformed father or being a cheater. Maury then proceeds in telling the audience what the rest of the show will be about.

He then turns his attention to the accuser then the accused, trying to get all sides of the story. The show then invites two or three other guests in similar situations and will often ask for a polygraph or a paternity test to prove who is right. When Maury reads the results of these tests regardless of what they say, the audience and guests turn into frenzy.

The show is infamously known for the inappropriate language and violent break-outs which is what ultimately livens up the audience and gets them on their feet.

Since the show began, it has received a lot of attention from young to old folk creating a rather diverse demographic. The show's guests come on to share personal and rather seemingly private dilemmas on national television to seek out help. The episode names are nutty statements such as, "DNA Will Prove my Dad is Not Your Baby's Father," "Is my Little Sister Sleeping With My Husband?" and "Is My Wife Having an Affair with My Son?"

The Executive Producers Paul Faulhaber and John Pascarella have worked with Maury Povich to create a popular daytime talk show that attracts all types of people from different backgrounds. Faulhaber has helped the show become a hit for years now and has also spoke highly of co-executive producer Pascarella, describing him an enthusiastic and knowledgeable asset to the show.

The Maury Show is not only known for the heavy dramatics on stage. The audience is also told to be loud and chaotic when shocking subjects are discussed. The phrases "you ARE the father" and "you are NOT the father" stir up the most ridiculous and laughable reactions from both the audience and guests with whoops and hollers as well as crazy dances.

When Maury reveals the results of a paternity test, the guests either jump around the set and dance, run backstage to cry or simply break out in violent rants. These rants often end up in fist fights. Maury Povich sure loves his ratings.

The Maury show was previously taped in New York City at NEP Penn Studios 401 but will finish its run at the Rich Forum in Stamford, CT

Noteworthy Dates for The Maury Show:

Trisha Goddard, Raphael B. Johnson, and Dave Vitalli were all special guests on the show. Maury Povich's wife, Connie Chung also made an appearance on the 2,500th episode.