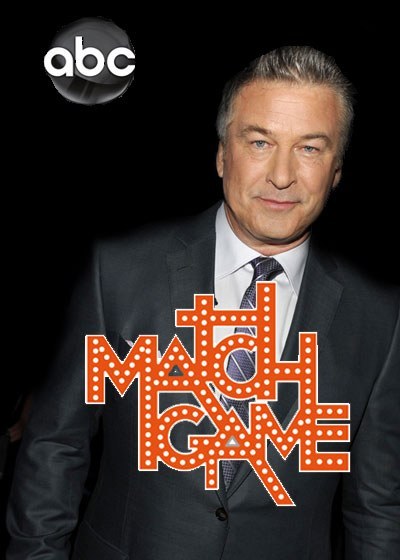 Match Game is a classic TV game show that has aired in a variety of incarnations since 1962. The present is hosted and executive produced by Alec Baldwin.

This show tapes on Wednesdays and Thursdays at 10 AM & 1 PM.

Match Game is broadcast on Wednesday nights at 10 PM Eastern Time on ABC on channel 7 in the New York City area.

You must be at least 14 years old to attend a taping of Match Game.

Alec Baldwin has been hosting Match Game since 2016. In addition, he is a very prolific actor with such film credits as The Cooler, which earned him an Academy Award nomination for Best Supporting Actor, as well as The Departed, The Aviator, The Marrying Man, and Mission Impossible: Rogue Nation. His television credits include 30 Rock, which earned him two Emmy awards, as well as recurring roles on Saturday Night Live.

There is a reason that Match Game continues to delight audiences to this day, ever since it was first aired in 1962. The show is engaging, hilarious, and keeps you at the edge of your seat. In addition to the excitement of seeing if the contestant will answer correctly, there is the added excitement of joining in the audience survey, which is directly related to the contestant’s fate in the "Audience Match" round. Furthermore, the show has many comical effects, such as a whistle sound effect when a word or phrase is spoken that is deemed inappropriate for broadcast. The show also uses blurring or pixilating to block out inappropriate answers written on answer cards. Hosted by the incredibly gregarious and charming Alec Baldwin, Match Game brings together the host’s star power, quick wit and charm to make Match Game an integral part of ABC’s Sunday Fun & Games. In addition to his role as host and executive producer of Match Game, Alec Baldwin has signed a two-year first look deal with ABC Studios, allowing Baldwin’s company to develop scripted and unscripted television projects with the network. This demonstrates Baldwin’s unique abilities as host and television personality, which is not to be missed in the irresistible Match Game.

The winner of each game then advances to the Super Match, which consists of an Audience Match segment, and the Head-to-Head Match segment. In the Audience Match, a phrase is given, with a word left blank, and the contestant aims to fill in the best word based on a prior audience survey, consulting celebrities for suggestions.

The values for the Audience Match winner range from $5,000 to $3,000 to $2,000 to $1,000, depending on whether the contestant matches any or none of the top three answers from the audience survey. The contestant then goes head to head with a celebrity of their choice for the next round, in which they can multiply their winnings from the Audience Match segment by five, allowing for a possible top prize of $25,000.