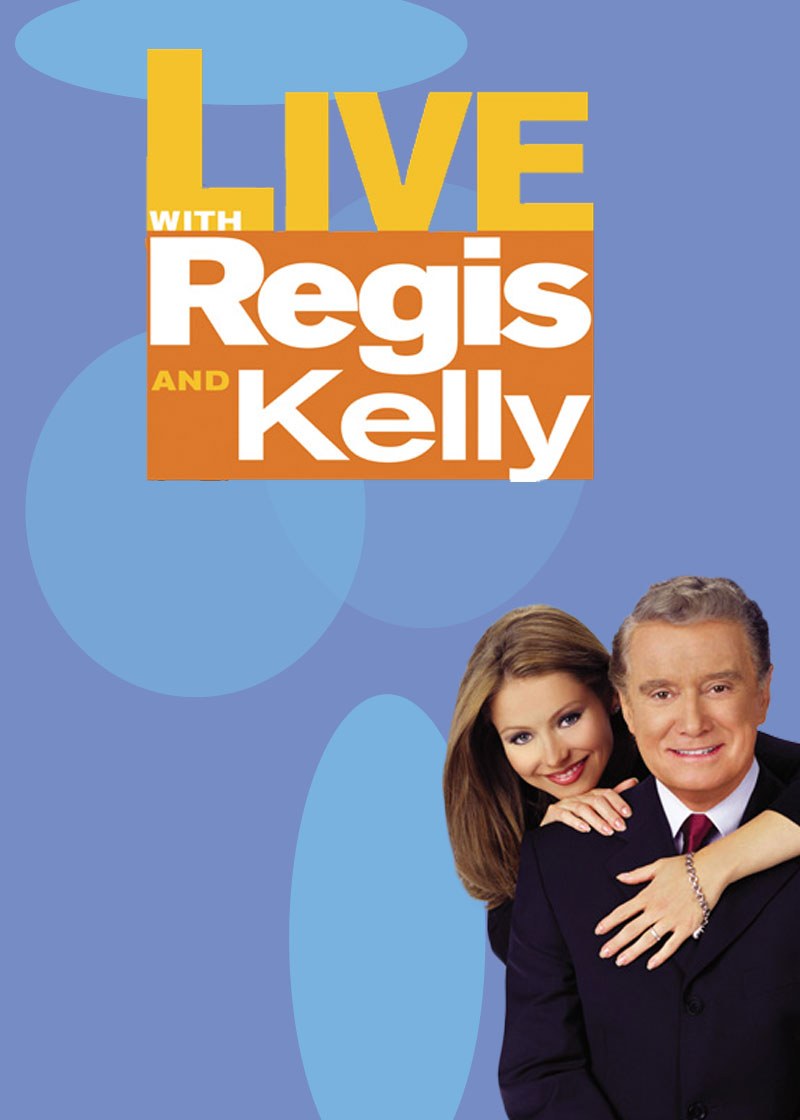 Live! with Regis and Kelly

Free TV Tickets For Live! with Regis and Kelly

Live! with Regis and Kelly Summary

From 2001 to 2011, the new power duo brought a little extra fun to morning TV programming with Live. Their banter, the daily contests, interviews with celebrity and experts, musical performances, and a wide variety of segments that feature everything from cooking to pets made Live with Regis & Kelly a lively and enjoyable morning TV show.

There are not many specific ticket limitations for Live with Regis and Kelly, but it is important to realize that the wait for tickets can be very long due to the show's popularity. Furthermore, once you have mailed your ticket request, there is no way to check the status of your request, and you will not receive confirmation that it has been granted (if it has been granted) until two or three weeks before the date of the show.

Live with Regis and Kelly taped 5 times a week Monday through Friday mornings at 9AM.

The Live with Regis and Kelly show airs weekday mornings at 9AM on ABC.

You have to be over 10 years old to attend this TV show. Children under 18 must be accompanied by an adult.

Regis Philbin seems to have it all. He's the host of "Who Wants to Be a Millionaire," the most popular game show in television history. He already has a large fan base from his daytime talk show, "LIVE with Regis." Thanks to these successes, he now has his own fashion line. And, he has two national bestsellers to his credit. So what could he have to complain about? Well, plenty. Now Regis Philbin, the king of curmudgeonly humor, has written an all-new book of side-splitting rants -- "Who Wants to Be Me?" Regis provides the inside scoop on his ridiculously difficult life, with cantankerous takes on everything -- and everyone -- that drives him crazy. In addition, he reveals some of the funnier moments behind the scenes of his television shows, and his takes on travel, sports, and his legions of fans. Whether it's skewering the producers of his morning talk show, or describing the travails of celebrity life today, in "Who Wants to Be Me?" you can be sure that Regis Philbin will tell it like it is. "Who Wants to Be Me" will be published late September 2000 and will be available nationwide in stores or for sale from online vendors.

After guest-hosting several times in the fall and winter of 2000, Kelly Ripa became the permanent co-host of "LIVE with Regis & Kelly" on Monday, 2/12/01.

Ripa's television career began in November 1990 when she joined the popular ABC Television Network daytime drama "All My Children" in the role of Hayley Vaughan. Ripa, who sees a little bit of herself in Hayley, had been attending Camden Community College in New Jersey and had performed in local theater productions, including "H.M.S. Pinafore," "The Wizard of Oz" and "A Connecticut Yankee in King Arthur's Court," before coming to the show. Her entry into acting came suddenly. After performing in her senior high school play, "The Ugly Duckling," she was encouraged to pursue acting. Ripa, who has one sibling, is the first in her family to enter the acting profession.

Ripa has studied ballet since age three, plays the piano and, in her words, is "no Barbra Streisand but can carry a tune." Ripa had an exciting year in 1999. She, along with cast mate Esta TerBlanche and three other ABC Daytime beauties were featured in a Jockey national ad campaign for their new line of Jockey bras. A highlight of the promotion was the unveiling of a 90-foot billboard of the ladies in the middle of Manhattan's Times Square. Additionally, Ripa was named 1999 Best Actress by the New York City Independent Film Festival for her work in the upcoming feature film, "The Stand-In." Ripa has become one of "All My Children's" most popular young actors and has graced the covers of numerous fan magazines.

She received the 1996 Soap Opera Award for Outstanding Younger Lead Actress and, along with her husband, the 1997 Soap Opera Award for Hottest Romance. Nominated for a Daytime Emmy Award in 1993, her nomination in 1999 for Best Supporting Actress was her second. She is married to her "All My Children" co-star Mark Consuelos, and they live in New Jersey with their son, Michael Joseph.

In January 2011, Regis Philbin announced that it would be his last year co-hosting Live with Regis and Kelly. His departure near the end of the year was met with many reminiscences and tears, but the show must go on, so Kelly Ripa continued hosting the beloved morning show as Live with Kelly. Kelly was joined by a wide range of co-hosts, such as Jerry Seinfeld and Neil Patrick Harris, before finally selecting former NFL player Michael Strahan as her permanent co-host in September of 2012.

Live! with Regis and Kelly Background

During the more than 35 years since Regis Philbin first stepped in front of the camera, he has enjoyed more success with more shows than possibly any other individual on television. In addition to hosting the blockbuster hit series, "Who Wants to Be a Millionaire," Philbin is also the co-host of the top-rated daytime talk show, "LIVE with Regis Philbin" now in its thirteenth season in syndication.

A ten-time Emmy Award nominee (nine as the co-host of "LIVE," and one as the host of "Who Wants To Be A Millionaire"), Philbin was recently honored by New York City Mayor Rudolph Giuliani with a Crystal Apple Award for his contributions to the New York television industry. During his very first talk show, "The Regis Philbin Show" on KGTV-TV (San Diego), Philbin came up with the routine that would ultimately become his trademark, "host chat," an element which endures today on his daily morning show.

Philbin also helmed another critical and ratings success, "Philbin's People," which aired Saturday nights on KHJ-TV (Los Angeles) and received an Emmy Award. He hosted "Regis Philbin's Saturday Night in St. Louis," which enabled the CBS affiliate to win the time slot over "Saturday Night Live," and upon returning to Los Angeles at KABC-TV, Philbin took "A.M. Los Angeles" from the ratings cellar to number one, where it remained for his seven-year tenure.

You'll find young mothers, middle-aged women, retirees, tourists, entire families, and even teenage girls and a few men in the audience at Live with Regis and Kelly, which is a popular morning show with a strong house-frau following.