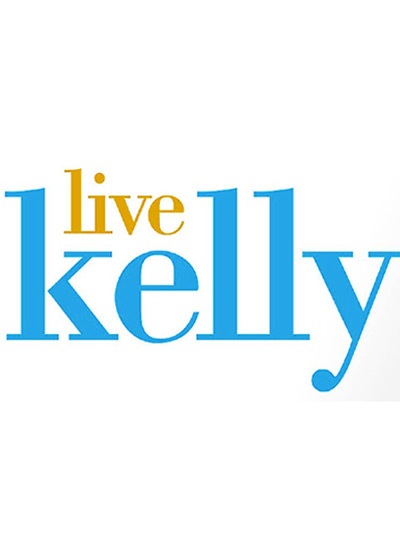 The syndicated version of the LIVE! Show has seen a few different versions and formats over the years since it debuted In August 1988 with regis Philbin and Kathie-Lee Gifford. After a long and successful tenure, Gifford quit due to sagging ratings in 2000 and Philbin ran it by himself for a year.

Along came Kelly Ripa as a co-host in 2001 and ratings clicked upwards. Philbin and Ripa went another ten years with great chemistry and strong ratings until Philbin realized that it was his time to move on after being on the show for over 20 years. Regis quit out in 2011 and Ripa ran the show for a year by herself.

Both in-advance and standby tickets are available for taping of the transmitted show of Live with Kelly at 7:00 AM daily.

This TV show was renamed Live! with Kelly after Philbin's departure from the show and again after Michael Strahan's departure in 2016. Kelly Ripa welcomed various guest co-hosts such as Russell Brand, Howie Mandel, Tyler Perry, and Neil Patrick Harris.

Live with Kelly is broadcast from Monday to Friday at 9:00 AM - 10:00 AM EST. ABC and ABC Affiliates across the US

You must be at least 18 years of age to attend a taping. Children under 10 aren't permitted to the taping.

It is billed as Live with Kelly, but the production shenanigans at this New York show make it far from live. Michael Gelman, the producer of the this long-running show has a dirty-little-secret. Even though the show is supposed to be actually live (albeit with a tape delay of 20 seconds), many of the segments are taped days, or weeks, in advance. The viewing public never gets wind of this as they dress Kelly Ripa in the same clothes as they will be on the day of the show and insert the taped segments into the live show. The game is up with the in-studio audience as they forced to watch pre-taped segments on big monitors of Kelly interviewing a big star, or doing a cooking segment. The studio producer makes everyone clap as if the interview, or segment just happened in front of them live. It is a bit of a scam that makes no difference for the at-home TV viewing audience, but makes a huge difference to the in-studio audience. Many show fans have complained that going to the show can often consist of just watching a number of pre-taped segments strung together, with Kelly just introducing them in matching clothes to remain consistent and preserve continuity. This approach has a detrimental affect on the enjoyment of seeing this show live and in-person. Regis would roll over in his grave, if he wasn't still alive, that is.

Kelly Ripa was left without a co-host for some time after Regis Philbin left the show. To fill in the gap between Philbin's departure and the next new co-host, plenty of celebrities sat alongside Ms. Ripa as acting co-hosts. The show took this opportunity to test potential co-hosts by analyzing the chemistry Ripa had between each individual. Eventually the show announced that Josh Groban, Seth Meyers and Michael Strahan were up for permanent hosts before Strahan was announced The show brought in many actors, comedians, news anchors and hosts from other shows such as Cat Deeley (So You Think You Can Dance). There have been as many as 60 acting co-hosts sitting next to Kelly Ripa, including other women which is not the norm for this show. Ultimately, the choice of Strahan was a mistake, as he used the new found fame to springboard to Good Morning America and a whopping 250% salary increase to boot.

A search for a new cost was underway and Michael Strahan co-hosted 16 times before emerging as the front runner and a favorite of the house-frau viewership. Strahan's tenure was remarkably shorter than previous hosts and he bailed after just four years on the show. His tenure lasted just 2012-2016. Strahan ended up with a huge salary increase when he went to GMA, a more respected news format TV show earlier in the day. Ripa was blind sided by the move and was pissed to be left out of the loop and understandably was pissed that she had to now find a new co-host. She is now reluctant to replace any new co-host in case the same thing happens again.

The Live! with Kelly Show remains today with just a single host, Kelly Ripa, and with the long-term possibility that Ripa may not get a new permanent host.

Live with Kelly present contests and games to their national audience. Past contests and challenges were 'Top Teacher', the 'Search for Unstoppable Moms', the 'Studio Halloween Contest', and trivia games. As shown above, families have won cash prizes as well as paid resort vacations. If you play Live's Web Trivia, there are chances to win lavish home and kitchen furniture.