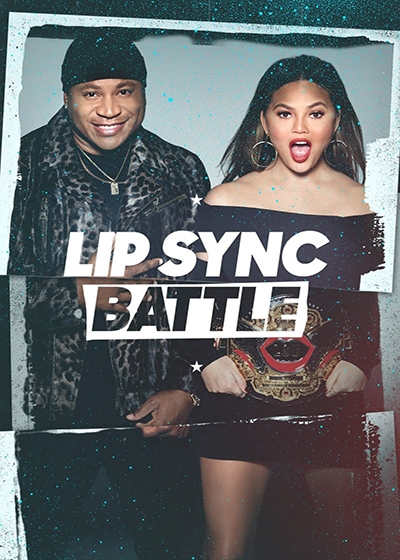 The show is transmitted at 8:00 PM Eastern Time and runs for an hour with commercials till 9:00 PM. There is a pre show for this show that starts at 7:00PM. Lip Sync Battle is transmitted on Spike TV and across the United States. The show is rebroadcast internationally on various networks.

You must be at least 18 years old to attend Lip Sync Battle taping and present a government issued ID.

Perhaps the coolest part of Lip Sync Battle is the host LL Cool J (born as James Todd Smith). LL brings his stage presence to bear in Lip Sync Battle with his cool persona and laid back attitude, the value he brings to the show is immensurable and his ad-libbing adds so much more than the scripted show would have by itself.

LL is well known as a multi-talented singer/actor/songwriter. He also has a knack for making large crowds comfortable with his smooth voice and charismatic charm. Aside from Lip Sync Battle, LL has hosted The Annual Grammy Awards two years in a row (both in 2012 and 2013). He began his career as what we now refer to as old school rap. Over time, LL grew to expand his resume as an actor and show business impresario. He also has had a stellar acting career in critically acclaimed series' such as NCIS: Los Angeles and movies like S.W.A.T.

Teigen is an American model and television personality married to singer John Legend. She began her professional modeling career in Sports Illustrated Swimsuit Issue in 2010 . Teigen is often associated with off-screen drama and has described herself as "an insecure, attention seeking troll" She has also been accused of cyber-bullying. Teigen has also authored two cookbooks, but neither of which contain recipes for a happy, drama-free life.

In recent years, many TV shows have suffered from their own lip syncing controversies, including Britney Spears on her Circus Tour, Beyonce at the President's inauguration and Ashlee Simpson on SNL. Taking the art of lip-syncing (or lip-singing as millennial's love to incorrectly call it) to the extreme is the self-titled Lip Sync Battle now airing on Spike TV.

Seeing your favorite celebrity do their very best at lip-syncing to classic music tracks is a great deal of fun and not to be missed. The TV studio set for this show is lavish, but the mean studio staff and crew treat the audience like cattle, herding them around and barking orders to clap, laugh and cheer at their order.

The warm up comedian, Craig Baldo was poor and failed to get the audience suitably excited for this amazing show. LL Cool J brings a great deal of stage presence to the show and is the consummate professional

Chrissy Teigen looks awkward in the "role" of DJ, when she doesn't actually play any music (an unsung audio guy does that) It is not clear what her job on the show actually is. Teigen is also forced to hide her natural beauty as she is so overly made-up that she often looks like she just graduated from stripper school.

The show brings out surprise guests that may accompany the celebrities in singing and the night we went, this was no exception - no spoilers here! The show gives each celebrity two songs to perform and the celebrities perform with much gusto, attempting to whip the audience into a mild frenzy. The show is fun, but given that the majority of the time it is C-list celebrities that appear, it is not much better than just bad karaoke with a famous face- but it is still a fun experience.

Spike TV's Lip Sync Battle TV Show was developed by Stephen Merchant, John Krasinski and Emily Blunt and began as a small segment on Jimmy Fallon's Tonight Show in April 2014. The first recording of the new stand-alone-show was in January 2015, at the ABC studios at 320 W. 66th street in New York City. The new show is hosted by LL Cool J and Chrissy Teigen. The pilot production failed to garner any significant interest from any major celebrity and was forced to use a C-list celebrity, but for later recordings in the first season, the show was able to get a mix of celebrities that included Julianne Hough, Anna Kendrick, Derek Hough, Michael Strahan, Hoda Kotb, Dwayne Johnson, Anne Hathaway and John Legend (Teigen's husband). Rappers Common and Salt 'n' Pepa also made an appearance in the show. In other shows a variety of other famous B-list acts were used as background dancers or singers.

Because Lip Sync Battle was created by Krasinski, Blunt, Fallon and Merchant, the show producers are able to leverage their star power to lure big celebrities into the show in a Kevin-Bacon-Game kind of way, as each of them must be connected to nearly everyone in the industry either directly or indirectly. These stars are also compelled to appear on their own show to support their project, which gives one the indication if a group of celebrities had not created this show, then the project would have failed at the first hurdle.

One of the biggest complaints by bookers on the show was the fact that most celebrities live in Hollywood and do not feel the urge to come to New York to just shoot Lip Sync Battle. the producers have started shooting some shows in Hollywood and will gauge the success of the bi-coastal format after the first season, but it is a very expensive option for Spike TV to move the set between NYC and Hollywood during a season, so the show taping may ultimately end up in Hollywood, if only for budgetary reasons. Clearly studio audiences in Hollywood are a lot less motivated to go and see shows in this genre. Due to the lack of star power in the early shows, free tickets were easily available on the night of the show outside the studio and the recordings felt over-hyped, rather than natural audience excitement.

An LA based audience management company was hired to give out free tickets in New York City, which is a sacrilege in the industry. The guests that the company brought in were not quite into-the-show in the way Fallon's Tonight Show audience was. Anyone walking up to the studio could get free tickets at the door, albeit general admission tickets as opposed to the better VIP tickets. It was unclear how these different levels of tickets actually differed in any way from each other and where people actually were in the TV studio, perhaps only in a velvet rope perception way rather than any reality. The production suffered due to this oversight.

Lip Sync Battle has a sporadic taping schedule that tapes the show on two shows a day (3:30PM and 6:15PM) in a week-long schedule that runs every ten weeks.
The tickets for this TV show are free. You can put in a ticket request by filling out an online form.

Two shows a day are taped. Lip Sync Battle is taped Monday through Thursday. You must be there by 6:00 PM but the taping does not start until 7:00 PM and runs through 8:00 PM. Do not expect to leave the building until 8:30 PM due to the crowds, delays in the elevator and coat check. The final edited show broadcast on Spike TV is just 30 minutes, but with only 22 minutes of footage and 8 minutes of commercials.