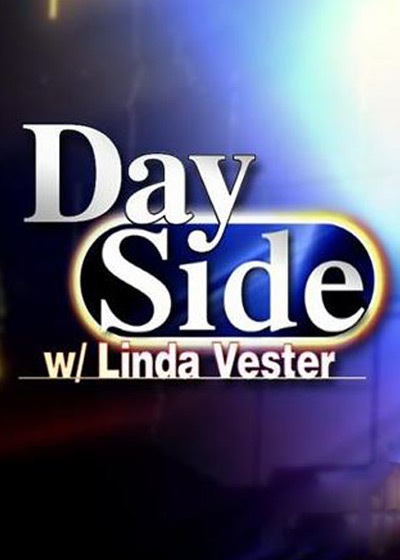 Fresh off her FOXNews Live success, Linda Vester got her own lunchtime news format talk show, where she gets to review News stories at a deeper level with special guests to keep it interesting

Free tickets to the Linda Vester show are available in advance, or on the day of the show. Getting to the studio early gives you an opportunity to get on camera.

Dayside with Linda Vester is taped and broadcast live daily at 1:00 PM at the Fox News Channel at 1211 6th Avenue (between 47th and 48th streets).

Vester was the popular host of Fox's lunchtime show DaySide with Linda Vester, until she left on maternity and the misogynists at Fox didn't just bring her back. After a season with different hosts taking her spot, the show was finally replaced with cartoons, also known as Fox News.

The show is taped and broadcast live Monday through Friday at 1:00pm on Fox News Channel.

You must be 18 years old to attend.

Prior to joining FNC, Vester was an anchor/correspondent for NBC News as well as host of Today in America on MSNBC. While at NBC, she anchored NBC News at Sunrise from 1996-1998. From 1992-1996, Vester served as a correspondent covering major news events for the network and Weekend Today, including the crash of TWA Flight 800, the Olympic Park bombing, the Montana Freeman standoff and the Rwandan war.

Linda Vester is the host of DaySide with Linda Vester, the FOX News Channel’s daytime talk show. Since joining the network in 1999, she has interviewed a range of news-makers and celebrities, including the very rare and exclusive interview with O.J. Simpson - in which she was widely panned by public and critics alike for offering up softball dialog that did nothing for her journalistic reputation, but did wonders for her national exposure.

DaySide with Linda Vester took viewers beyond the news headlines for a closer look at the stories that news makers and the public is talking about. Linda Vester had served as anchor of FOXNews Live, the Channel’s daytime hard news programming. DaySide airs daily at 1PM ET. Dayside is an interactive news program, broadcast from the New York area, which gives the viewer a voice, bringing people into the studio and giving them an opportunity to voice their opinions.