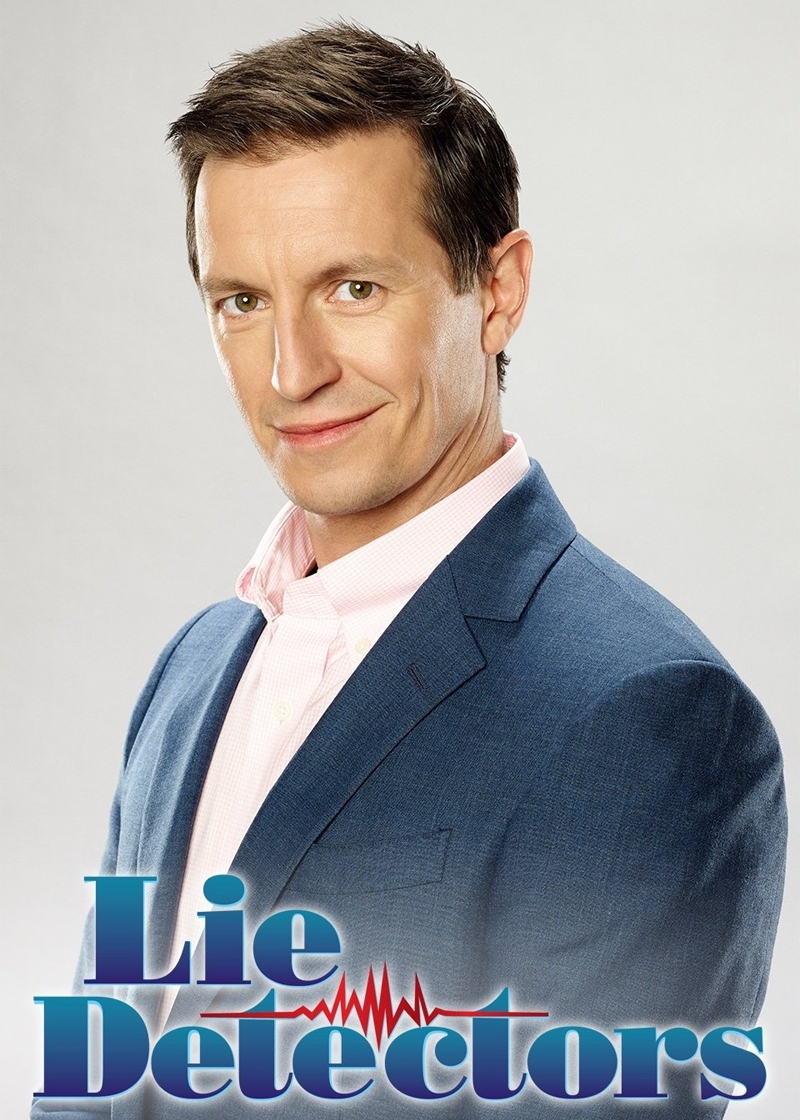 Lie Detectors is a game show on the Game Show Network hosted by Rove McManus, the Australian multi-award winning television presenter, comedian and media persona. His recent television endeavors have included The Project on Australia’s Channel 10, as well as U.S. shows such as Rove LA, Riot, and the U.S. incarnation of Slide Show.

You can get FREE tickets to Lie Detectors by visiting an external ticketing agency and filling out a short form including your name, email, desired show date and quantity of tickets. After this process, a confirmation will be sent to your email regarding which show date and time you will be attending.

This show tapes two shows each Monday and Tuesday between 6:30 PM and 10:30 PM. Although this particular TV show doesn't have you waiting for hours, you must be at the check-in line at 5:45 PM.

On this show with Rove McManus, comedians would make up two lies and one truth based on pop culture, and audience members would guess the veracity of these claims. This TV show was announced cancelled, after only one season on August 24, 2016.

Lie Detectors is aired at 6:30 PM on Mondays nights on Channel 67 through the Cablevision and Optimum TV providers and well as Channels 71 and 233 on Direct TV.

Lie Detectors is hosted by Australia's own, Rove McManus. The host is better known down under for The Project and Slide Show. McManus comes over much like a Jeremy Kyle personality, but with endless dick jokes. His comedy probably goes down well South of the Equator, but falls hard in a more sophisticated New York City, where local New Yorkers have a very different wavelength for their humor. Rebel Wilson and Paul Hogan were able to rework their material to fit the environment, but McManus appears to just be treading water. This show, however, is far from an ideal platform for his stand-up talents, but all-the-same, welcome to America Rove!

Three comedians present differing statements about popular culture, but only one of them is telling the truth. Members of the audience must decide which one by pressing buttons on a keypad. This five hour marathon taping is worth it as one audience member per show will win $1000 guaranteed, with a final question that will pay off at $5000 if they get it right. There are even booby prizes for audience members that get all the questions wrong. Even though there are five professional comedians at this TV show, none of this show is particularly funny during the taping. The Australian host, Rove McManus, does his best to bring some levity to the proceedings, but with endless retakes and repetitive dick jokes, the audience patience wears thin and they are ready to lynch McManus by the time the second show starts to tape. Craig Baldo, the NYC go-to warm up guy does more of warm-down and the audience remains cold throughout the taping. The three comedians on the dais were marginal at best, boring at worst. Some audience members are actually paid to be there, others left early, preferring the streaming rain outside to the endless angle re-shoots and lackluster comedy inside. This valiant attempt at a NYC game/comedy show is ultimately a fail, but will attract audience members desperate to win some cold, hard cash.

Lie Detectors is unique in that the studio audience members are actually the contestants on the show! On each episode, three comedians take turns proclaiming outrageous facts, two of which are completely untrue and the other one is totally correct. It is up to the audience to figure out which is the truth and which are lies. In this way, it is similar to the party game Two Truths and a Lie. For every show, someone in the audience has a chance to earn $1,000, and they also have the opportunity to turn that into $5,000 with a bonus round question. The topics for the truths and lies focus on pop culture, such as smart phone app's, late night infomercial products, tweets, Celebrity's Instagram pages and many other social media sites and information.

Unlike many other game shows with live studio audiences, Lie Detectors is very interactive, allowing the audience members not only to watch, but also to participate, and possibly even to take home a large sum of money.

Calculating The Odds Of Winning The Big Prize of $5000

This five-hour TV show taping marathon may be worth attending only because there are only 100 people in the audience and your odds of choosing the right answers and winning the prize of $1000 are pretty good. Even winning the grand prize of $5000 is not too unrealistic. Starting with the basic odds, your chance of guessing which comedian is telling the truth across the three questions that are posed are a basic 100:1. It turns out that some of the audiences are actually paid to be there, some are also SAG members running up credits for their union. These extra groups of people are not allowed to win the competition and can be excluded from the voting and the odds formula. This brings your odds down to 70:1. In each five hour taping session, there are two shows, so there are actually two opportunities to win the prize, so now your odds are 35:1 (or even less as the first winner is excluded from the second show, improving your odds even more). The grand prize is decided on just one more question with a possible three outcomes, so this brings your odds of winning the grand prize of $5000 to 105:1, not bad for a few hours work. Bear in mind that all recipients of prizes will be furnished with a 1099 tax form, so tax will be payable, as Uncle Sam always gets his cut.

Unlike many other OCA TV tapings, the audience was not kept waiting for hours outside before the show, but the two thirty-minute shows still did take five hours to record and the audience got very bored with the endless retakes and delays. GSN appears to require that every part of the show must be reworked until it is word-perfect and any tiny errors or deviation from the script are edited out and re-shot over and over again, until they are absolutely perfect. Many audience members felt that the small errors, are often ingratiating rather than annoying. They make the contestants and comedian panel/host seem human and friendly. The constant retakes and re-shoots drained the life out of this show and destroyed the little interest the audience had left in seeing the outcome after they had got one of the questions wrong, therefore ruling them out of winning any prize other than the booby prize.

GSN's Roster Of New TV Shows:
If you are not sure where Game Show Network (GSN) is on your cable dial, you are not alone, as 99% of the men-on-the-street do not know either, but GSN is making some great headway towards stronger ratings with new and original programming and an altogether fresh approach to their TV network now in high definition. Lie Detectors is just one of the many original shows that GSN now produces. Other shows include Idiot test, The Chase, Skin Wars, It Takes A Church, Let's Ask America, Family Feud, Baggage, Mind Of A Man, The Line and The American Bible Challenge. Lie Detectors is the only show shot in NYC. If you are still searching for the GSN channel, it can be found at Verizon FIOS on channel 684 in High Definition.

Some Parts Of This TV Show Are Confusing:
At first glance, the format of this game show is straight-forward enough: the host brings out three comedians who present differing statements about facts or popular culture, but only one of them is telling the truth. Members of the audience must decide which one by pressing buttons on a keypad and the audience member who correctly guesses three of the questions right (and is the fastest on the button if there is a tie break) gets to win $1000. If they can guess the correct answer on the grand-prize round, they win $5000. What is not clear here is what are the comedians doing here exactly? Do they know the right answers? Did the producers trust them with the script? Are they getting paid the grand prize if they can get the audience contestants to choose the wrong answer in a Win Ben Stein's Money kind of way? The Game Show Network does not make any of this clear and just wants the audience to focus on the host and dais comedians wisecracking. During taping, it appears that the cast has not actually seen the script as the jokes are often quite lame and a bit corny, probably designed not to anger the average GSN network viewer, which is often retired married couples (according to Nielsen TV Data). Appealing to this group often has the negative effect of turning off any potential viewing by a younger demographic.