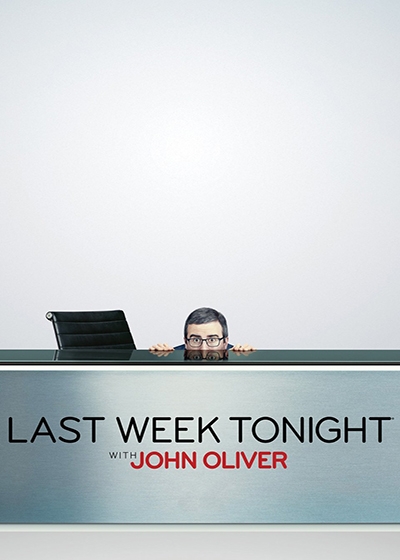 You can get FREE tickets by visiting the show's website which will redirect you to a ticketing agency. You then fill out a short form including your desired date and contact information.

The show that is taped on Sunday, is edited and airs later that night at 11:00 p.m. on HBO in the United States and Canada. In the United Kingdom, the show is televised on Tuesday 10.00 pm (GMT).

Last Week Tonight with John Oliver is broadcast on Channel HBO Sunday nights at 11:00 PM. This show is often repeated through the week on HBO, if you miss it. It is also available on HBO on demand, a full week after airing.

You must be 18 years or older to attend a taping of this TV show.

Oliver first rose through the comedy ranks as a politically charged stand-up performer in the United Kingdom, along with various television appearances and performances at the Edinburgh Festival. At the 2007 Aspen Comedy Festival, Oliver won the Breakout Award leading him to write and star in the Comedy Central stand-up special 'John Oliver: Terrifying Times,' and another series 'John Oliver's New York Stand Up Show,' which lasted four seasons. John Oliver also writes and presents a satirical podcast called The Bugle, which can be found at www.thebuglepodcast.com. He hosts this show with his long-time collaborator Andy Zaltzman. Zaltman is another British comedian, who like Oliver, focuses on political material.

Oliver, with the aid of news clips and television segments from the previous week, takes on headlines ranging from the World Cup to Gun Control to Scottish Independence. He enthusiastically reports the news, as well as using inaccuracies of the media to serve as a stepping point to audience education. In one such segment, he compared Dr. Oz, to the wizard of the same name, due to his unproven and unscientific touting of miracle medical cures on his self titled show. Although mostly a one person show, he will on occasion conduct interviews with noteworthy individuals. One such interview series is "Great Minds, People Who think Good", guests in this segment have included Stephen Hawking and Jane Goodall.

Since its premier in 2014, Last Week Tonight has received generally high ratings and reviews. Although it has inevitably been compared to the Daily Show, its in depth reporting and its freedom from corporate sponsors has garnered it high marks, It has been named as one of the best new shows of 2014. Although its broadcast numbers are impressive, it is through online media such as its own YouTube Channel that has really given the show high viewing numbers. Through exclusive online postings (especially when Oliver has a week off) and HBO GO (its stream anywhere service), the ratings for Last Week Tonight can reach millions.

Oliver is actually making news in the way he is reporting the news. His in-depth investigations are leading to segments longer than those seen on hard hitting newscasts like 60 minutes. Oliver has segments lasting 14 or even as long as 20 minutes, while the average segment time for a show like 60 minutes is anywhere between 11 and 13 minutes. The freedom of not having to cut to commercials, as well as, the focus on in depth investigation, makes Last Week Tonight, a pioneer in satirical news programs.

John Oliver, like Stephen Colbert, owes a lot to Jon Stewart. After being featured as a correspondent on the Daily Show with Jon Stewart, it was his role as guest host on that show that resulted in his receiving a show on his own. Although the show had its beginnings on Comedy Central, the broadcast on HBO makes for some huge differences. Whereas shows like the Daily Show are broadcast five times a week, have different cast members and have "characters" , Oliver's new show is once a week and a one man show. And, unlike shows on Comedy Central, he can curse, which he does, enthusiastically. He also is not restrained by the need to be politically correct or to protect corporate sponsors. He has no problem calling people, politicians, or corporations on their baloney.