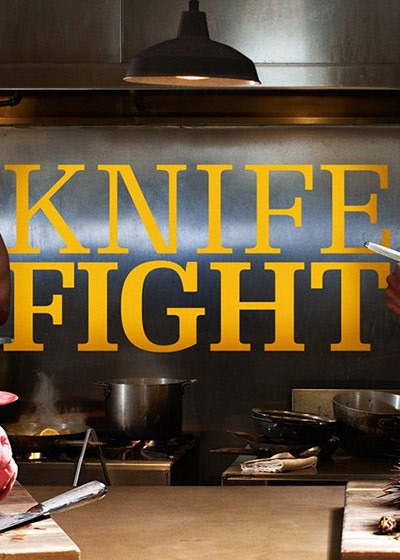 Knife Fight is a reality show cooking competition that has been airing on Esquire Network since its premiere on September 24, 2013. Executive produced by Drew Barrymore, this show is hosted by the winner of the second season of Bravo’s Top Chef, Ilan Hall. Season 2 of Knife Fight premiered on April 15, 2014, and Season 3 premiered on May 26, 2015.

You can get FREE tickets to this TV show requesting them at Onset Productions. By getting tickets through this audience management website, you will be paid $48 dollars for attending an entire taping.

Knife Fight hosted by Ilan Hall tapes Sundays to Thursdays twice a day. This TV show tapes in the morning at 11:15 AM and in the evening at 3:15PM or 5:15 PM.

The reality cooking competition show was hosted by Bravo's top chef Ilan Hall and aired on the Esquire Network. In the show, a group of talented chefs compete to prove who is the best. Knife Fights' last episode aired on December 29, 2015.

Ilan Hall is an American chef who rose to fame upon winning Season 2 of Bravo’s reality show Top Chef. Originally from Great Neck, New York, Ilan Hall studied at the Culinary Institute of America before winning Top Chef. In recent years, Hall has opened a series of restaurants – The Gorbals – based in downtown Los Angeles and Williamsburg, Brooklyn. Hall opens his doors after hours when the restaurant is closed to allow the contestants of Knife Fight to battle for the best recipe with the most surprising secret ingredient.

Season 3 of Knife Fight is sure to be the most captivating season yet. Now in an exciting New York location, the show takes place at Ilan Hall’s restaurant The Gorbals in Williamburg, Brooklyn. Furthermore, the new season has upped the stakes, now using a tournament style format.

In the Season 2 finale, the secret ingredient – crickets – was incorporated into dishes crafted by top New York chefs and business partners Wolfgang Ban and Edi Frauneder of Seasonal.

In the second season, the show became wildly popular, doubling the ratings in the key demographic of Adults aged 18 to 49.

This goes to show that the format and style of Knife Fight is as exciting as the name suggests, and the New York rendition is the best season to date. The Judges of Knife Fight are Kris Morningstar, Naomi Pomeroy and host Ilan Hall.

The concept that distinguished Knife Fight from other reality cooking shows is the speakeasy style, secret underground element of the show. In other words, this competition takes place in restaurants during their closing hours. They are given certain mandatory ingredients to include in their recipes. In the past, these have included jackfruit, pig’s head, and live catfish. In the first season, the show took place in Ilan Hall’s restaurant The Gorbals in the downtown area of Los Angeles. With the doors closed to the public, the restaurant lets in a gaggle of foodies, celebrities, and restaurant critics to watch the showdown of Knife Fight. The concept was originally modeled off of Chuck Palahniuk’s novel and subsequent film Fight Club, with a bunch of men meeting underground to fight each other. In this case, the fight is to cook at least two dishes in one hour that include the required ingredient.