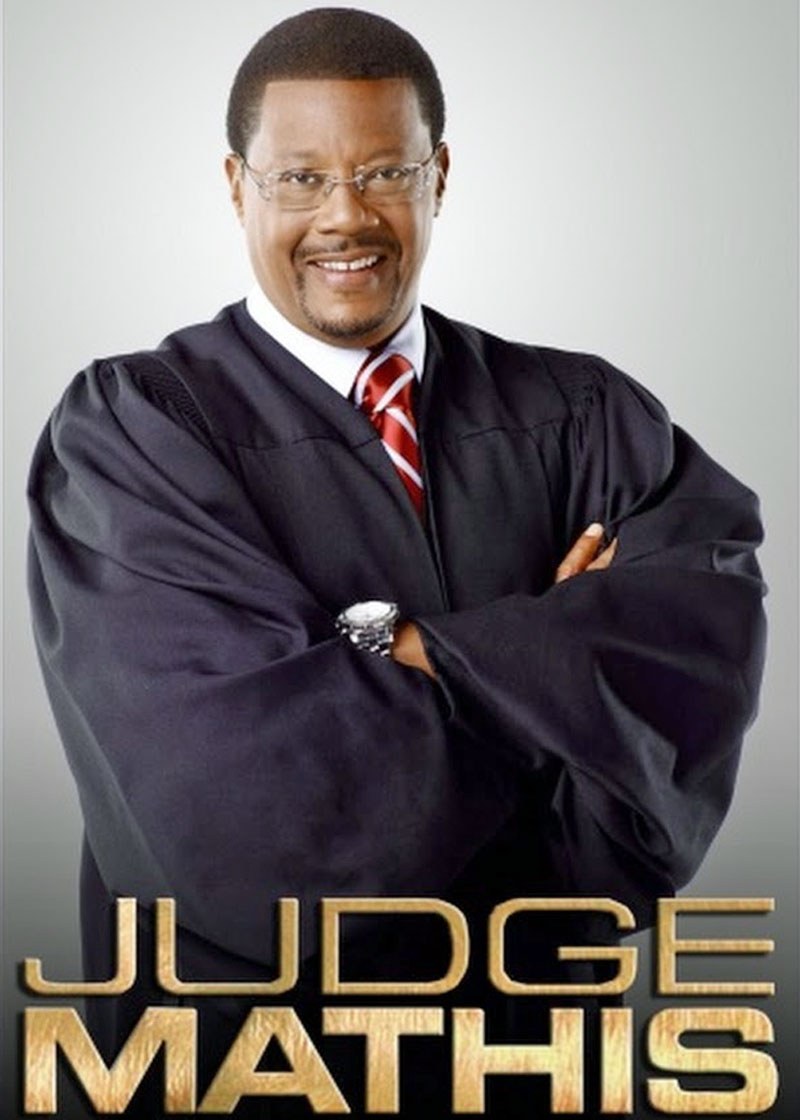 To Get Tickets to Judge Mathis call this number (866) 362-8447. We have the latest standby and telephone ticket information for this show in our new TV Show Ticket Guide. The guide gives you all the telephone numbers and other information you will need to get a ticket for this show and all the other TV shows in the New York area.

Circuit and famed TV Judge Robert K. Mathis of St. Johns County said yesterday prosecutors can retrieve a blood sample from suspected serial killer William Darrell Lindsey Sr. Prosecutors want the blood samples to compare with evidence found at crime scenes. Mathis also said he will review motions by the defense to suppress statements made by the defendant and to dismiss portions of the case.

Lindsey, 63, who is charged with first-degree murder in the slayings of six North Florida women, talked to detectives last year and showed them locations where he said bodies could be found.

Assistant Public Defender Douglas Withee said in his motion to suppress those statements that Lindsey was not properly read his rights during those trips. Withee asked that charges in three of the deaths be dismissed because two of the bodies have not been found and the cause of death in the third case is unknown. Mathis said he would rule soon on the defense motions.

Lindsey, a Palatka native and former St. Augustine resident who moved between Florida and North Carolina, was indicted a year ago in the killing of six St. Johns County women between 1988 and 1995.

Lindsey has been jailed since he was arrested in Asheville, N.C, in December 1996 for the killing of a prostitute there. He was later linked to the unsolved cases in St. Johns and is being held in St. Johns County awaiting a Dec. 14 trial.

Judge Mathis is committed to helping troubled youth in and out of the courtroom. In 1986, Mathis and his wife co-founded Young Adults Asserting Themselves (Y.A.A.T.), a non-profit youth agency that serves thousands of young people. The foundation counsels youth from the ages of 17-25 about career and job opportunities, provides job training, and offers school and job placement services. The foundation has also opened four pre-schools in Detroit. In his various fundraising efforts, Mathis has raised and/or donated over $2 million for a variety of civil rights, political, church and youth causes.

Judge Mathis' has been featured in many local and national newspapers and television interviews including in Ebony, Jet, Upscale and People Magazines and the television affiliates of ABC, CBS, NBC, Fox, BET and CNN. He has appeared with Jay Leno on the Tonight Show, and on Rosie O' Donnell, the Today Show and Politically Incorrect with Bill Maher. He has received more than 100 awards and has been honored by numerous governors, mayors, City Councils and state legislatures. His inspirational story of a young man who rose from delinquent to Detroit District Court Judge is chronicled in his autobiography "Inner City Miracle" released in October 2002 by One World Books, a subsidiary of Random House.

Greg is a lifetime member of the NAACP, the Rainbow P.U.S.H. Coalition and is a national board member of the Southern Christian Leadership Conference (S.C.L.C.). He is married and the father of four.

Mathis was elected to Michigan's 36th District Court in 1995. His election became a national success story and a symbol of hope for urban youth who are struggling to overcome the modern-day pressures and hardships of poverty, drugs and violence. A former street youth and high school dropout, Mathis' lawlessness brought him before a judge who cared, a judge who ordered the teenaged dropout to get a G.E.D. or face jail time. He obtained his G.E.D. as ordered by the judge and went on to become a committed civil rights activist, public servant and the youngest elected judge in the state of Michigan. Currently he is the star of Warner Brothers', "Judge Mathis."

Judge Mathis' civil rights and public service career began at Eastern Michigan University where he led the "Free South Africa" and voter registration campaigns on campus. In 1983, after graduating from college, he joined the staff of Detroit City Councilman Clyde Cleveland and continued his civil rights activities as an activist with Reverend Jesse Jackson's Operation P.U.S.H. In 1986 through 1993 he worked for legendary Detroit Mayor Coleman A. Young as Manager of Detroit Neighborhood City Halls.

BOTCHED ROBBERY: Two Jacksonville men were charged in the botched Monday morning robbery of a Jacksonville Beach bank. Stephen Keith Hart, 23, of the 3800 block of Marianna Road was charged with armed robbery, resisting arrest without violence, felony fleeing and attempting to elude police, Jacksonville Beach police Sgt. Steven B. Corbitt said yesterday. Ranae Nicole Thurston, 19, of the 2100 block of Dunsford Trail was charged with armed robbery in the 11:35 a.m. holdup Monday of First Union Bank at Police said a man entered the bank, pulled a revolver on a branch manager and told her he wanted money, Corbitt said. When she asked how much he wanted, he seem confused and left the bank. An off-duty Jacksonville Beach police lieutenant tailed the two, who exited Butler Boulevard at San Pablo Road. They entered the Mayo Clinic parking lot to switch license plates and clothes, Corbitt said. Police said Hart fled into a nearby wooded area and was caught 90 minutes later. Thurston was arrested on the scene.